I am speaking here today because my friend, John Argue, asked me. And John well knew that I, who, unlike many other speakers on your agenda, have nothing to sell any of you, would be irreverent about much current investment practice in large institutions, including charitable foundations. Therefore any hostility my talk will cause should be directed at John Argue who comes from the legal profession and may even enjoy it.

It was long the norm at large charitable foundations to invest mostly in unleveraged, marketable, domestic securities, mostly equities. The equities were selected by one or a very few investment counselling organizations. But in recent years there has been a drift toward more complexity. Some foundations, following the lead of institutions like Yale, have tried to become much better versions of Bernie Cornfeld’s “fund of funds.” This is an amazing development. Few would have predicted that, long after Cornfeld’s fall into disgrace, leading universities would be leading foundations into Cornfeld’s system. Now, in some foundations, there are not few but many investment counselors, chosen by an additional layer of consultants who are hired to decide which investment counselors are best, help in allocating funds to various categories, make sure that foreign securities are not neglected in favor of domestic securities, check validity of claimed investment records, insure that claimed investment styles are scrupulously followed, and help augment an already large diversification in a way that conforms to the latest notions of corporate finance professors about volatility and “beta.”

But even with this amazingly active, would-be-polymathic new layer of consultantchoosing consultants, the individual investment counselors, in picking common stocks, still rely to a considerable extent on a third layer of consultants. The third layer consists of the security analysts employed by investment banks. These security analysts receive enormous salaries, sometimes set in seven figures after bidding wars. The hiring investment banks recoup these salaries from two sources: (1) commissions and trading spreads born by security buyers (some of which are rebated as “soft dollars” to money managers), plus (2) investment banking charges paid by corporations which appreciate the enthusiastic way their securities are being recommended by the security analysts.

There is one thing sure about all this complexity including its touches of behavior lacking the full punctilio of honor. Even when nothing but unleveraged stock-picking is involved, the total cost of all the investment management, plus the frictional costs of fairly often getting in and out of many large investment positions, can easily reach 3% of foundation net worth per annum if foundations, urged on by consultants, add new activity, year after year. This full cost doesn’t show up in conventional accounting. But that is because accounting has limitations and not because the full cost isn’t present.

Next, we come to time for a little arithmetic: it is one thing each year to pay the croupiers 3% of starting wealth when the average foundation is enjoying a real return, say, of 17% before the croupiers’ take. But it is not written in the stars that foundations will always gain 17% gross, a common result in recent years. And if the average annual gross real return from indexed investment in equities goes back, say, to 5% over some long future period, and the croupiers’ take turns out to remain the waste it has always been, even for the average intelligent player, then the average intelligent foundation will be in a prolonged, uncomfortable, shrinking mode. After all, 5% minus 3% minus 5% in donations leaves an annual shrinkage of 3%. 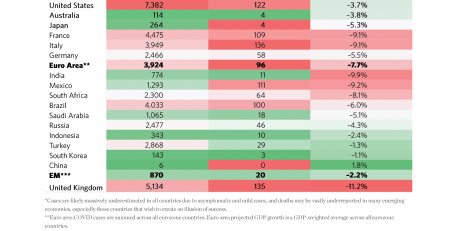 WHICH ARE THE HIGHEST PAYING TRADING JOBS?

WHICH ARE THE HIGHEST PAYING TRADING JOBS? Traders are amongst the best paid finance professionals. Vilified in the press, their hubris is said to have caused much of the financial... Read More

Vast changes to the regulatory framework designed to ensure the tax payers will not be held responsible for the next big bank bailout are here to say, says a Royal... Read More

Ackman On Valeant: I Have Enormous Regret About this investment, enormous