As tensions between Russia and the US move to new heights comes Senate testimony today that the US space program is critically dependent on Russia for rocket engines. If Russia were to stop shipments of rocket engines critical national-security missions could be delayed up to four years.

United Launch Alliance's (ULA), a joint venture between military industrial players Lockheed Martin Corporation (NYSE:LMT) and The Boeing Company (NYSE:BA), has been handed the Pentagon contract without much competition and relies on a Russian RD . . . 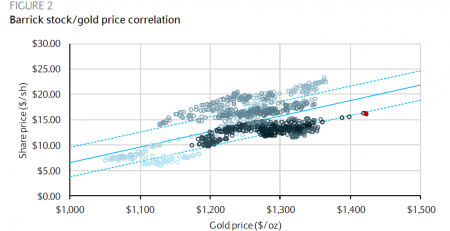 Gold prices have reached their highest level in five years, triggering a newfound excitement in the yellow metal, so what does that mean for gold stocks? One firm suggests... read more

The man behind “The Art of the Deal,” Donald Trump, is being replaced, but not fired, by “The Terminator,” Arnold Schwarzenegger, as host on the popular TV show “Celebrity... read more

After sex scandal charges with an employee and claims he misappropriated company funds to pay for travel for his relatives, Dov Charney, the embattled founder and former CEO of the... read more

Linn Energy LLC (NASDAQ:LINE), along with its former unit LinnCo LLC (NASDAQ:LNCO)), disclosed that both companies are the subject of an informal U.S. Securities and Exchange Commission inquiry, related... read more

Activist well-wisher, strong showing for a Tuesday. Here’s the news and stories for April 14. Hit us with tips at @activiststocks, sign up for our daily activist newsletter, and... read more

Will a cavalier Fed attitude regarding inflation miss forthcoming inflation in the second half of 2016? When the U.S. Federal Reserve met this past March, they noted little change in... read more

Davidson Kempner Capital Management, the 13th largest hedge fund management firm in the world, is having one of its best years in its International fund. It’s not the absolute... read more

Nelson Peltz's Trian Fund Management LP revealed that it held 9.33 million shares of The Bank of New York Mellon Corporation (NYSE:BK) yesterday, and analysts are happy to have... read more