Perhaps the terrorist organization to most successfully use intimidation to scare opponents into submission, Islamic State in Iraq and Syria, known as ISIS, now has “low-grade” nuclear material that “would not present a significant safety, security or nuclear proliferation risk,” according to a spokeswoman for the Vienna-based International Atomic Energy Agency (IAEA).

ISIS gains low grade uranium
The 90 pounds of uranium compound was among the significant booty the terrorist group captured when they rolled . . . 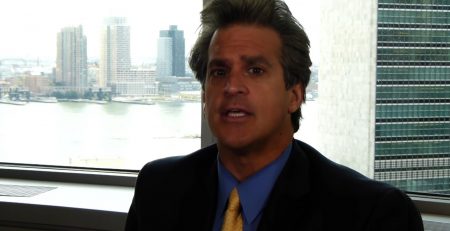 Paul Lountzis founded Lountzis Asset Management, LLC in October 2000 after leaving Ruane, Cunniff & Goldfarb Inc, where he was employed as an analyst from 1990 through 1999 and... read more

The Organization for Economic Co-operation and Development (OECD) reported a 7.9% unemployment rate for the month of September 2013, unchanged from previous monthly levels. OECD unemployment in absolute numbers... read more

Americans are more optimistic about their chances of getting ahead than any another nation on earth, according to a new study from the Brookings Institute. The real problem isn’t... read more

Dick Bove Thinks Fannie Mae Could Be Worth $18 Per Share

Don’t use Bruno “Michel” Iksil's middle name when referring to him and he doesn’t appreciate the nickname "London Whale." And oh, by the way, there was market manipulation afoot... read more

The core performance drivers of U.S. stock prices are set to change, says research this morning from Capital Economics, as the report parrot’s the establishment line that China was... read more

In 1963, Benjamin Graham gave a talk entitled Security In An Insecure World, and the advice he gave in this speech helped build value investing as we know it... read more

Third Point LLC, the hedge fund managed by Dan Loeb, recorded a net loss of 8.9% for the third quarter, according to the fund’s third quarter letter to investors... read more

Senvest Stumbles In May, But Still Enjoying Another Good Year

Senvest Partners stumbled again in May, down 2 percent after stumbling in April but is nonetheless up 6.5 percent on the year, posting year to date returns slightly ahead... read more