Tilson: Herbalife Ltd. (HLF) Earnings Could Be Beginning Of End

Its been a big Herbalife Ltd. (NYSE:HLF) news week (or two), but its not over yet. As we first reported, Whitney Tilson had made the MLM company one of his largest short positions before Ackman’s presentation last week. With the stock up over 25% after the presentation,  Tilson said that he is even more confident in his short. Here is the latest from Tilson after Herbalife posted earnings which disappointed many investors.

Whitney Tilson –  The beginning fo the end for HLF?; Herbalife: POOF! There Goes The Bull Case; Why Herbalife Is Crashing After Hours In Two Charts; feedback

1) We may look back on this earnings report as the beginning of the end of HLF, even if regulators don’t act, because when these pyramid schemes start to collapse, they can really implode fast – for example, take a look at ViSalus (part of Blyth (BTH)): in 2013, sales dropped 44% from $623.5 million to $351.2 million and it turned unprofitable.

HLF has so far avoided this “pop-and-drop” phenomenon for two reasons:

a) They’ve been exceptionally clever in finding new way to lure people into their nefarious web of deceit (most notably by developing and rolling out the nutrition club concept – pure (albeit evil) genius); and

b) They’ve expanded rapidly around the world (but that game is over, as they’re now in 90 countries and as Ackman pointed out on pages 20-21 of his presentation last Tuesday, they’re going into poorer and poorer countries).

There were only two positive things in the earnings report that bulls might point to:

a) The share count was down 14.9%, which turned a 16.5% decline in net income into only a 2% EPS decline – but the using-share-buybacks-to-juice-EPS game is pretty much over, as the balance sheet in the last six months has ballooned from $42 million of net cash to $1.064 billion of net debt (for more details, see the Zero Hedge article below).

In reality, HLF’s financial flexibility is even worse, as much of HLF’s $774 million of cash is trapped overseas. In particular, in the 10Q, HLF revealed that it’s valuing its Venezuelan cash at $152 million – but that’s using an exchange rate of 10.6 Bolivars per dollar, which is laughable given that the black market rate is 79 to the dollar (seethis article). In its 10Q, HLF admits that if it used a more realistic (but still aggressively optimistic) 50:1 exchange rate, it cash trapped in Venezuela would only be worth $32 million, or $120.2 million less than what it reports on its balance sheet:

b) HLF grew total revenues by 7.1%, which isn’t terrible (though it missed expectations). But this was driven primarily by a 43.9% jump in revenues from China, which accounted for 59.7% of HLF’s total revenue growth. This is perhaps the single riskiest country in which HLF operates because all multi-level marketing is illegal in China (whether a pyramid scheme or not) and, as Ackman showed with absolute certainty in a presentation on March 11th (click here and here for the slides and webcast), HLF is running its standard MLM program in China, in flagrant violation of the law. To see what happens when China cracks down, just look at NuSkin (NUS), which is down 55% this year (see this article).

2) Quoth the Raven nails it in his article this morning (below). Here’s an excerpt:

the reality is that Herbalife – just as we warned last quarter – continues to send out flashing red alerts, and nowhere more so than in the numbers which were just reported.

No, it wasn’t the Q2 revenue or the EPS which mattered: those are so doctored they are completely irrelevant to the cash burn/stock buyback story at hand story. The only thing that matters is what we noted last quarter: how much cash does the company generate organically, how much it generates through debt issuance, and how much is spent on stock buybacks.

4) One of the advantages of being public about a stock is the very interesting feedback I get from various people on my email list. This is from a retired Marine Corps General:

It’s been some time since I sent you a note, Whitney, and wanted to comment favorably on your HLF analysis. I was reminded in reading it of Barry Minkow’s great definition: “Fraud is the skin of the truth stuffed with a lie.” I am sure you know that Minkow is the fellow who hoodwinked one of the big eight accountancy firms and went to jail for it (Z Best). He then took up anit-fraud evangelism and for a time gave FBI sponsored seminars for bankers. Later, unable to stay out of the game, he took up manipulation of the market with illegal attacks while shorting the targets of his accusations. Last I looked he was back in federal prison for that episode.

I served a tour in the FBI and worked cases against Minkow-type con artists. One lesson taught all new agents by the psychological crimes unit at the FBI Academy has stuck with me. Con artists do not see themselves as bad people. Most of them live for the thrill of score and revel in the successful deception. The psych guys say most con artists are especially talented in a number of ways, e.g. music, and describe their ability to live with themselves as cognitive dissonance. That phenomenon is not limited to criminals. Politicians come to mind in the use of the big lie. Their dissonance can be and often is supported by two pillars – self-preservation and an overwhelming desire to dominate politically whether they produce anything of lasting value or not. Not much different from the con man. Former LA mayor Villaraigosa went right to Herbalife after leaving office. He will jump ship at some point, probably after his options vest, because I believe you are correct that the regulators will ultimately be goaded into action and he will want to preserve his political viability.

The problem of taking down a scheme like Herbalife is exactly as you describe it – complex. One other lesson I learned as an agent is that the more complex the case the fewer US Attorneys there were who would consider it. Many of our regulators are not fond of complex cases and hard work. They are more fond of what I call drive-by extortion. Conduct thin examinations, then make embarrassing allegations so the target pays quickly and move to the next one. Moneyed targets whose very “business model” is threatened are a tougher opponent. Herbalife is wise to assert their very longevity proves their case. It’s an argument that works. For-profit schools that fed off government paid tuition and student loans have done the same though they are rapidly losing airspeed and altitude. Just ask Leon Panetta who joined the board of one of them after leaving DoD.

Keep up the good work.

5) And here’s an email from a Latin American friend:

1) I was reading the HLF latest 10 Q this evening and noticed the following  at the bottom of page 8:

2) When I was in Venezuela during the year end holiday season, 2013, I looked at the price of a 750 cc bottle of Chivas Regal 12 years (duty free shop at the Maiquetia International Airport, the airport you arrive when you go to Caracas). The price was 3000 bolivars. If I would have bought the bottle with my credit card, the bottle would have cost me around 500 dollars (at the official exchange rate).

As I visited with friends and family and went out to restaurants, I noticed that the prices in Venezuela at the official exchange rate were about 10 times those in the United States.

Since then, SICAD II has appeared and the bolivar has devalued by almost an order of magnitude.

3)  According to the Venezuelan Central Bank (official government source), the last two months of reported data, May and June of 2014, the CPI increased 5.7% each month.

4) Based on the above,  I can’t believe that HLF is still using SICAD I.

5) One other comment, I think that it will be more difficult to eliminate the Latin America HLF club revenues than in the United States (due to greater porosity in the rule of law in those countries).

Ray Dalio On The Fed Dilemma

An old friend of Whitney Tilson with some interesting data from each decade since he graduated from college in 1975: Tom Carpenter's email to Whitney Tilson From: [email protected] On Behalf Of... Read More 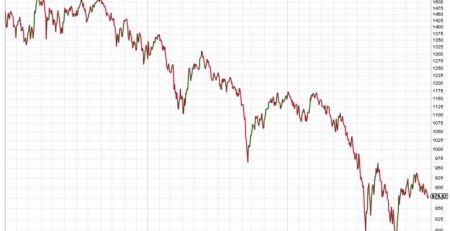 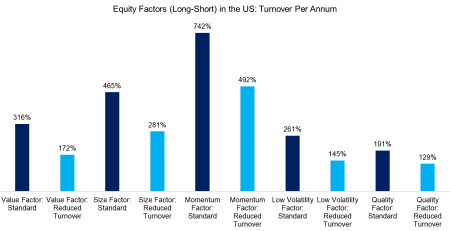