A Different View on CAPE: Developments Over The Past Year – ValueWalk Premium

HT/ MebFaber for this excellent piece on global CAPE

When we started this series in 2012, we evaluated the accuracy of the CAPE—the cyclically adjusted price-to-earnings ratio also known as the Shiller-PE—for assessing the valuations of equity markets in various countries. Despite differences in accounting standards, market transparency and liquidity, the CAPE proved to be a reliable predictor of long-term equity market returns in both developed and in emerging markets (Klement [2012a, 2012b]). Granted, there are variations in reliability from country to country, but correlations between the CAPE and future 5- to 10-year equity market returns are consistently in excess of 0.7 in almost all the markets we monitor.

We also introduced the concept of the “macroeconomically fair CAPE” that takes into account the current interest, inflation and growth rates in our sample countries to yield a “fair” valuation level. As we have shown in Klement [2013], the prevailing very low interest rates at least partially explain today’s high valuations but, at least in the US, the CAPE now significantly exceeds levels that can be justified by macroeconomic variables.

In this update we take a fresh look at valuations around the world and calculate expected returns for each over the next five years. As we will see, low interest rates may underpin the current high valuations but investors should not make the mistake of expecting that future returns will be high as well. On the contrary, we show that high valuations like those currently recorded actually lead to lower expected future returns and to increased risks of significant drawdowns, including possibly permanent loss of capital. To be clear, today’s high valuations are an alarm bell for the future that investors should take very seriously.

Developments over the past year

We update the CAPE for the 38 developed and emerging markets in our sample through the end of June 2014 (sees Exhibits 1 and 2). Exhibit 1 shows the current valuation levels for developed markets as well as our macroeconomically tuned fair CAPE for these countries, and the current difference between the two in percent. As a comparison we also show the deviations of September 2013, presented in Klement [2013]. With the exception of Belgium, Germany and Hong Kong the deviations from fair CAPE have declined – sometimes significantly.

This is a reflection of two trends that have emerged over the past year. For one, the positive performance of equity markets has increased the CAPE for almost all countries. Particularly countries with a very low CAPE—for example, Italy or Spain—have their valuations increase by about 20% due to the strong performance of these markets in the past twelve months.

Since these countries had an unjustifiably low fair CAPE a year ago, the latest deviations have now narrowed.

Nonetheless, these developments are no reason for complacency. Some markets still display a CAPE significantly above what can be justified by their current macroeconomic environment. Most notably, the US equity market has a CAPE about a third higher than its current rates of interest, inflation and GDP growth can justify. This is surely not a sign of long-term market stability, in our view.

Charles de Vaulx's IVA Funds newsletter from the portfolio managers for May 2015. Dear Shareholder: The period under review, October 1, 2014 to March 31, 2015, saw continued appreciation of both... Read More 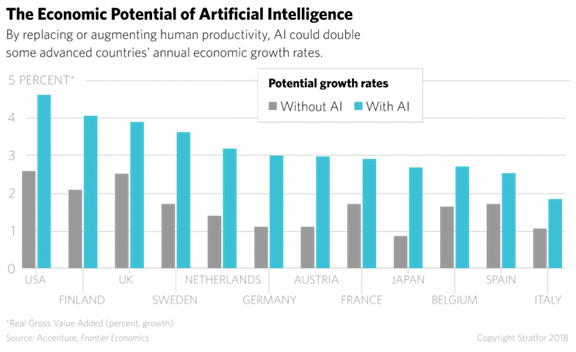 The economic calendar is normal, and we have a four-day trading week. Last week’s big stock decline will surely be on the minds of many. With measures and counter-measures,... Read More

Bannon In China: An Amusing Irony, Opines CLSA… But…

While the whole world will celebrate & welcome 2013 with parties galore, most of the US citizens may have little to cheer about as far as the tax rates... Read More

Futures Look Up, But Data Driving The Loonie Lower

Futures Look Up, But Data Driving The Loonie Lower by Richardson GMP Today Equities looking to open up today and it must be on the back of earnings as most the... Read More