A driver in North Dakota could have used some of that crash safety technology that Toyota Motor Corp (ADR) (NYSE:TM) (TYO:7203) announced yesterday.  While driving 85 miles per hour, the driver, checking Facebook on her cell phone, rear-ended another vehicle, killing one passenger.

Distracted Driver checking Facebook crashes into a SUV
Abby Sletten, 20, could see five years in prison for negligent homicide, according to a report in the . . .

Gold Still Burning Cash: Miners Between A Rock And A Hard Place

Carl Icahn may be starting an activist run in WebMD Health Corp. (NASDAQ:WBMD). An SEC filing made this morning by the company revealed that it was increasing the size... read more

Oil Patch bankruptcies keep rising Here at ValueWalk, we’ve been tracking closely the US shale oil industry’s implosion since the highs of 2014. With the help of the Haynes and Boone... read more 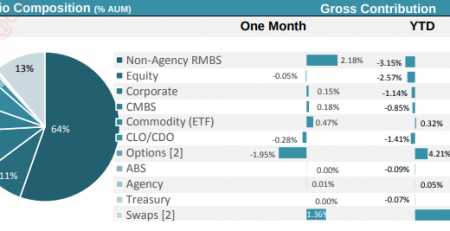 Deer Park Road's STS Master Fund Returned 1.49% net of fees in the month of April. Following this performance, for the year to the end of April, the flagship... read more

Activist junkies, find the latest news and stories on activist investing below. Tip us off at @activiststocks or email, and signup for our daily newsletter. News: Elliott Management has taken... read more

In 2006, Warren Buffett told his son that he was leaving the bulk of his fortune to making a difference in the world. That’s when he gave his son... read more

Will the U.S. dollar remain the primary world currency of choice, as University of Chicago academic and hedge fund manager Christian Broda believes?  Or is the U.S. dollar in... read more

Gas-to-Liquids (GTL) plants were all the rage some time ago with environmentalists supporting the use of cleaner burning fuels in lieu of gas. However, recent developments in this area... read more

Over the past few weeks, the price of Brent crude has spiked to $60 a barrel due to rising tensions in the Middle East and improving fundamentals for the... read more