A driver in North Dakota could have used some of that crash safety technology that Toyota Motor Corp (ADR) (NYSE:TM) (TYO:7203) announced yesterday.  While driving 85 miles per hour, the driver, checking Facebook on her cell phone, rear-ended another vehicle, killing one passenger.

Distracted Driver checking Facebook crashes into a SUV
Abby Sletten, 20, could see five years in prison for negligent homicide, according to a report in the . . .

When China’s central bank barred financial institutions from handling Bitcoin transactions, the notion that “China was banning Bitcoin” spread like wildfire. After dust clears, Bitcoin price and transactions drop As the... read more 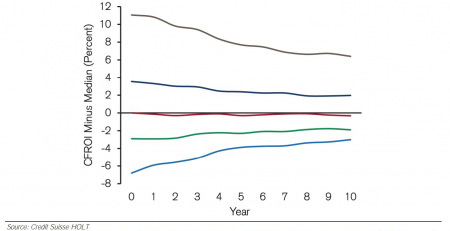 India move aside. Frigoglass SA sold its 250 million euro debut bond deal tight on Monday, amid growing confidence from investors about Greece. This is part of a growing... read more

After producing a nominal return of around 15% per annum for the past seven years, GMO’s James Montier and Matt Kadnar believe that over the next seven years the... read more

Video Highlights Of Sears 2015 Annual Meeting by Eddie Lampert, SHC Speaks. One of the most frequently asked questions I have received over the last nine months is “How are... read more

Income Screen For July 2016 The results of ValueWalk’s income screen for July. Using data is provided by Winvestor, the business analysis and stock valuation website, we’ve put together a proprietary... read more

A Peruvian judge who sat on the country’s highest constitutional court said in a criminal complaint that his signature on a key bond default ruling was altered, the Financial... read more