Guy Spier: The Education of a Value Investor – Authors@Google

The Education of a Value Investor: My Transformative Quest for Wealth, Wisdom, and Enlightenment

About the Book:
What happens when a young Wall Street investment banker spends a small fortune to have lunch with Warren Buffett? He becomes a real value investor. In this fascinating inside story, Guy Spier details his career from Harvard MBA to hedge fund manager. But the path was not so straightforward. Spier reveals his transformation from a Gordon Gekko wannabe, driven by greed, to a sophisticated investor who enjoys success without selling his soul to the highest bidder. Spier’s journey is similar to the thousands that flock to Wall Street every year with their shiny new diplomas, aiming to be King of Wall Street. Yet what Guy realized just in the nick of time was that the King really lived 1,500 miles away in Omaha, Nebraska. Spier determinedly set out to create a new career in his own way. Along the way he learned some powerful lessons which include: why the right mentors and partners are critical to long term success on Wall Street; why a top-notch education can sometimes get in the way of your success; that real learning doesn’t begin until you are on your own; and how the best lessons from Warren Buffett have less to do with investing and more to do with being true to yourself. Spier also reveals some of his own winning investment strategies, detailing deals that were winners but also what he learned from deals that went south. Part memoir, part Wall Street advice, and part how-to, Guy Spier takes readers on a ride through Wall Street but more importantly provides those that want to take a different path with the insight, guidance, and inspiration they need to carve out their own definition of success.

About the author:
Guy Spier is a Zurich based investor. In June 2007 he made headlines by bidding US$650,100 with Mohnish Pabrai for a charity lunch with Warren Buffett. Since 1997 he has managed Aquamarine Fund, an investment partnership inspired by, and styled after the original 1950?s Buffett partnerships.

Prior to starting Aquamarine Fund, Spier worked as an investment banker in New York, and as a management consultant in London and Paris.

Mr. Spier completed his MBA at the Harvard Business School, class of 1993, and holds a First Class degree in PPE (Politics, Philosophy and Economics) from Oxford University. Upon graduating, he was co-awarded the George Webb Medley prize for the best performance in that year in Economics. While at Oxford he was a contemporary of David Cameron at Brasenose and attended economics tutorials with him.

Spier is the CEO of the Spier family office. He also serves on the advisory board of Horasis, and is a co-host of TEDxZurich.

Spier is a member of YPO, EO, Zurich Minds and the Latticework Club.

Aquamarine has offices in New York, London and Zurich where Mr. Spier currently resides with his wife Lory and their three children, Eva, Isaac and Sarah.

Is The Stock Market Just A Side Show? Evidence Form Venture Capital

Alluvial Fund letter to partners for the third quarter ended September 30, 2017. Dear Partners, I am pleased to report another quarter of gains for Alluvial Fund, LP. For the quarter... read more

As soon as the Obama presidency began, one of the major issues that his regime was tasked with was to deal with the recession that faced the American economy.... read more

CNBC could lose its primary television set on Wall Street, as the sale of the New York Stock Exchange (NYSE) – including its historic trading floor – is likely... read more

The World's 500 Largest Asset Managers - Year end 2013 via Towers Watson Highlights of this year’s survey of the top 500 asset managers by P&I/Towers Watson, include: Total assets under management... read more 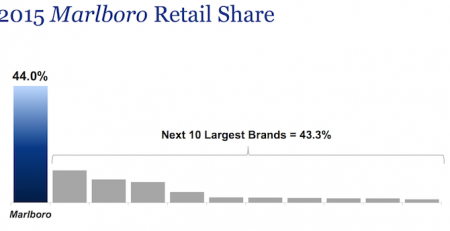 As a business owner, selling products that have high profit margins along with strong brand awareness and an exceptionally loyal customer base is strongly desirable. Q3 hedge fund letters, conference,... read more