Obscurity suits most in the network just fine. Short sellers, many of whom were interviewed for this story, insist on maintaining a low profile. They feel that speaking out betrays others in the network, invites regulatory scrutiny and marks them as villains in many circles.

“People think I have two horns and spread syphilis,” says Jim Chanos, the most visible member of the network. Mr. Chanos, who has forsaken anonymity to attract commission-paying clients, is a 27-year-old analyst and vice president at Deutsche Bank Capital Corp., the New York investment affiliate of Deutsche Bank AG of West Germany. He earned his spurs in the network back in 1982 when, as a fledgling analyst only a year out of Yale University, he predicted the collapse of Baldwin-United Corp. At the time, the giant financial-services concern was a Wall Street darling, and many analysts and investors refused to listen to the neophyte. Less than a year later, Baldwin-United entered bankruptcy proceedings.

From that episode, chronicled in a 1983 front-page article in this newspaper, Jim Chanos carved a lucrative niche as one of Wall Street’s most persistent pessimists. The corporate executives and investors who claim to have been victimized by the shorts’ network focus much of their wrath on Mr. Chanos, who they think epitomizes all that is wrong with modern short sellers.

“This guy has caused us such grief: We can’t stand this guy,” says the chairman of a company whose stock is listed on the New York Stock Exchange. This company is one of several that have partly financed or aided an elaborate private investigation of Jim Chanos in hopes of catching him doing something wrong and putting him out of business. At least two detective agencies have investigated him; Mr. Chanos says the maintenance man at his town house saw someone going through his garbage cans. Some of his conversations have been secretly tape-recorded; he has been the subject of several detailed complaints to the SEC; and he has been threatened with several lawsuits.

Not much has come of all this. So far, nobody has sued him, and though the SEC has questioned him and his employer, there isn’t any indication of a formal investigation under way. Neither the SEC nor Deutsche Bank Capital is willing to comment, and Jim Chanos denies any wrongdoing. The allegations have been taken to at least two news organizations, this newspaper and American Broadcasting Cos.’ “ABC News 20/20” television program.

“No information was developed that would reflect adversely on Jim Chanos’s character and reputation or on his general mode of living,” one detective agency reported. A second detective summed up: “Chanos lives a nice, quiet yuppy existence.”

Most quiet yuppies leave far smaller wakes on Wall Street than Jim Chanos does. He continues to dispense short-selling recommendations, although he makes much of his income advising big, mainstream investors who don’t sell short but are anxious to know which stocks to dump or avoid buying. Mr. Chanos actively pushes his short-selling recommendations in conversations with regulators, bankers, distributors, financial reporters — anybody whose opinion or actions could depress the price of the stock in question.
Some shorts say they often target companies that depend upon public confidence, such as insurance and financial concerns. A lapse in that confidence, especially for an already troubled company, can produce a snowballing effect.

A good example is Baldwin-United, where short sellers, and Jim Chanos in particular, badgered insurance and securities regulators and reporters to recognize the depths of the company’s ailments. Although it was in the public interest that the problems be brought to light, some people — many of whom lost money — think now that Mr. Chanos’s relentless lobbying destroyed what slim chance Baldwin-United might have had of avoiding bankruptcy proceedings.

“I don’t believe that he (Mr. Chanos) deliberately set out to nail Baldwin or send them into bankruptcy, but clearly we threw weight on a sinking ship,” says H. Robert Holmes, the chairman of Gilford Securities, where Jim Chanos worked at the time. “Is that wrong? You are going to have to make that decision on your own.”

Japan’s Prime Minister, Yoshihiko Noda took control in September 2011, has had sales tax on his agenda and finally we are seeing his party, Democratic Party of Japan, submitting... read more

Josh Tarasoff presentation on Markel Corporation. Markel Corporation (NYSE:MKL) is a financial holding company, the primary business of which is specialty property and casualty insurance Has compounded book value per share... read more

Goldman Sachs Group, Inc. (NYSE:GS) is currently in talks with State Street Corporation (NYSE:STT) to discuss the possibility of a sale of Goldman’s hedge fund division.  The details are... read more

JPMorgan CEO Jamie Dimon on Fannie Mae and Freddie Mac, the SALT deduction, President Trump, bitcoin, the outlook for M&amp;A and Federal Reserve policy. Videos and some text below Get... read more 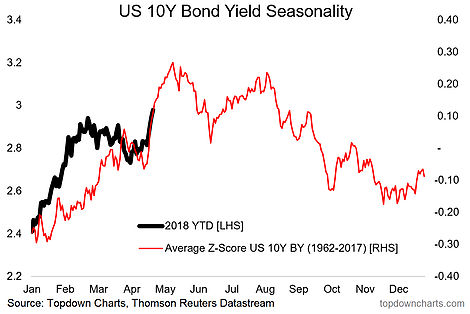 I was updating some of my bond strategy charts this morning and one that caught my eye that I thought would be timely and interesting to share is the... read more

Following Brexit, the US election will be the next big confidence shock to hit the global financial markets. That’s according to Bank of America economist Ethan Harris who, in... read more