The identity of rumored Bitcoin inventor Satoshi Nakamoto has been unmasked and currently a number of people are trying to sell his information online, a report in Wired Magazine reveals. 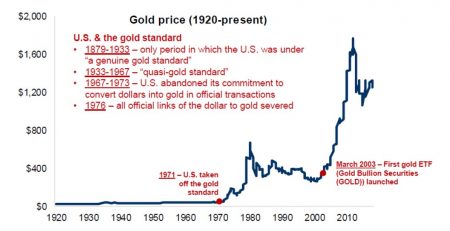 The Bitcoin Price Selloff Continues, But Where Will It End?

It's been about a year since the bitcoin price peaked at around $19,500, and the cryptocurrency has shifted lower and lower ever since. Some are now going so far... Read More

As the market heads toward the inevitability of Fed tapering, investment houses are desperate to find the right strategy for the days ahead. Societe Generale has released a new... Read More

Lansdowne Partners, one of London's leading hedge funds, just filed its 13f for first quarter of 2014. The long/short equity hedge fund added 19 new stocks to its portfolio in... Read More

The latest 13F Filing by Howard Marks’ Oaktree Capital Management shows the total value of investments as of the end of the fourth quarter of 2013 rose marginally to... Read More

On the back of a 30% drop in first-quarter volume, the outlook for commercial MBS issuance is even bleaker for the next couple of months, though there are signs... Read More

Ackman At JCPenney: A Performance Review

In early October of 2010 Bill Ackman decided to invest in JC Penney Company Inc. (NYSE:JCP). Since then the firm's stock has wallowed and today remains lower than the... Read More

Morgan Stanley: High-yield Defaults could be about to soar The rising volume of consumer and corporate defaults is one of the biggest mysteries in the financial world today. As the... Read More

Forget Japan’s Stimulus The Big Event Is The BoJ