a larger screen 12.9” iPad in FY 2015 and improves the offering of its 7.9” iPad Mini and its 9.7” iPad Air. We believe there is still a large growth opportunity for iPad, as you highlighted when you stated that “the PC market today is 315 million units” and “despite the iPad’s 76% market share of tablets sold to businesses, the penetration of tablets in businesses is low at 20% and, to put that in some kind of context, if you looked at the penetration of notebooks in business it would be over 60%.” With the recently announced partnership with IBM, which you suggested will “change how businesses work”, we believe iPad will increase its penetration of enterprise. For next fiscal year, the new iPad innovation and IBM partnership should drive iPad revenue growth of 13%, due to volume growth of 8% (innovation, larger iPad, IBM partnership) and pricing growth of 4% (mix shift to the rumored higher priced iPad). In each of the following years, FY 2016 and FY 2017, we expect revenue growth of 13% on relatively flat average selling prices as the ecosystem and IBM partnership continue to drive sales. Contributing 13% to net sales, Mac in contrast to the overall PC market, has grown market share to maintain its volume and sales. We expect Mac to continue this steady performance going forward and hold net sales flat over the next three years. While we are not yet prepared to make near term adjustments to raise our forecasts for the next three years, we do believe Apple may be able to innovate even further across the iPad/Mac platforms. Some see a larger iPad as a necessity if Apple is going to transform iOS into a hybrid desktop/tablet operating system by adding a keyboard/mouse centric user interface to iOS, while at the same time maintaining its touch-friendly user interface. With a near 13” model, Apple would have a screen size lineup that overlaps their Macbook Air line, a promising path into the $63 billion sub $1,000 laptop market in which Apple barely participates today, according to Rod Hall at JP Morgan.

These three segments, contributing 10%, 3% and 1% to net sales respectively, fill out the remaining portion of Apple’s current net sales mix. iTunes, Software and Services are not only important to Apple’s ecosystem in terms of driving sales of its products, but also in terms of its own long term revenue growth. This represents one of Apple’s faster growing segments and one we expect to not only continue its double digit top line growth but also to disproportionately benefit gross margins as higher margin services (such as 100% margin App Store sales revenues) compose a greater portion of the sales. As for Accessories and iPod, we expect the impact of the acquisition of Beats and accessory growth moving forward to more than offset the continued decline of iPod, which is already relatively immaterial to net sales.

Over the next three years, we expect the Apple Watch to have a significant impact on Apple’s growth. Apple’s first new product category since the iPad in 2010, and the company’s first foray into wearables, the Apple Watch will launch early next calendar year. It appears to us that Jony Ive and his team have yet again executed at a level that will bring to market a product that revolutionizes the entire category from both a hardware and software perspective, especially given that Apple has developed an entirely new operating system for this device, and catered to the notion that such a device needs to be far more fashionable and personal than other products currently available in this category. As an accessory to the iPhone (model 5 or thereafter), we believe we have included in our forecast sales for the Apple Watch that imply a reasonable attach rate to the iPhone, with unit sales volume resembling that of the iPad in scale, and ramping at a similar incline, selling 20 million units in FY 2015, 45 million units in FY 2016, 72.5 million units in 2017. Although the sales mix between collections, the attach rate of bands to each watch, and the related prices remain unknown, we expect the average selling price to exceed the entry level price of $350, forecasting an average selling price of $450 per unit, including the extra band.

While Apple has not announced plans for a TV set and may never do so, we believe we have good enough reason to expect the introduction of an UltraHD TV set in FY 2016. We think television represents a large opportunity for Apple, one that reaches far beyond “the hobby” that Apple TV currently represents. You recently stated, “TV is an area of great interest for Apple” and we agree that it should be. As we highlighted in our previous letter, we believe UltraHD’s (ultra-high-definition television) superior picture quality in comparison to regular HD will drive a major TV replacement cycle as the price gap between them narrows. It should also be noted that Reed Hastings, CEO of Netflix, has referenced UltraHD as a major catalyst for Netflix going forward, and while this is true for Netflix, we believe it is also true for Apple. Against the backdrop of this replacement cycle, FY 2016 represents an opportune time to introduce an UltraHD TV set. Therefore, included in our forecasts, we expect Apple to sell 12 million 55” and 65” TV sets in FY 2016 and 25 million in FY 2017 at an average selling price of $1,500 at gross margins consistent with the overall company. While we think adding a TV set to the Apple ecosystem would be meaningful from a financial perspective, we understand that you may choose not to do so, as you have wisely stated that “the toughest choices for Apple are what not to work on.” But, even if Apple chooses not to offer a TV set, our earnings estimates would

In the nineteenth century, Napoleon Bonaparte of France described Britain as “a nation of shopkeepers.”  Such characterisation might also be applicable to Nigeria today.  In every street-corner of our major cities... Read More

Mohnish Pabrai new video (with the stash) said that he is aware of the intrinsic value of all investments made.  30 Dec 2014, 1:34PM IST Pabrai video embedded below Also see Mohnish Pabrai,... Read More

The Lamp Visium Global Strategy equity long/short hedge fund rose slightly in September, but remains negative to the tune of -3.14 percent year to date, according to a letter... Read More 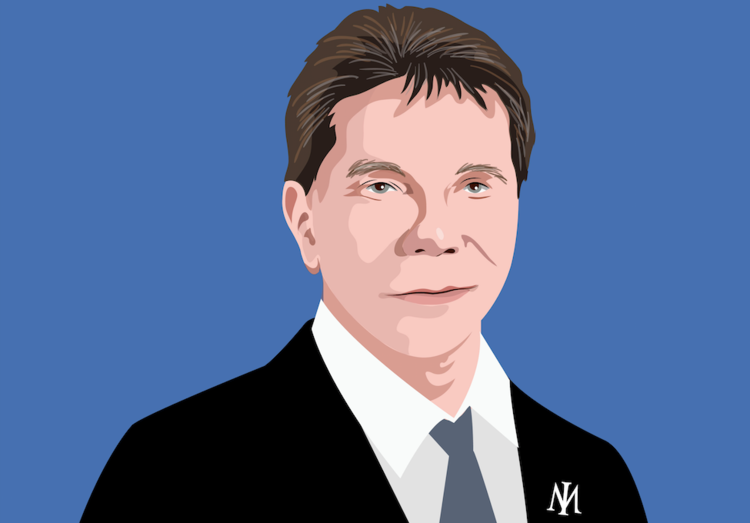