The Most Boring Way To Make Money In The Stock Market by Tim Melvin, Benzinga

The market noise has been almost deafening recently. Geopolitical events with potentially market moving consequences are raging all over the globe.

The situation in the Ukraine remains strained; there are pro-democracy demonstrations in Hong Kong that could lead to a standoff with the Mainland China government; ISIS continues to run amuck in the oil-rich Middle East; oil prices are tumbling as Saudi Arabia shifts from defending price to protecting market share; the European economy is just a mess right now; and so far none of the stimulus measures are working.

There are dire predictions about the stock market from some pretty smart people as well.

Seth Klarman of Baupost recently wrote to investors, warning that, “Amidst the market rally, complacent investors continue to ignore a growing array of global trouble spots. Contrary to claims from the Obama Administration, the world is not a tranquil place at present. As such, risks facing investors seem to be rising but are not yet priced into the markets.”

Sam Zell has also expressed concerns about the market.

There’s quite a bit to worry about in the markets right now.

The One Group Of Investors Not Worried

There is one group of investors who don’t spend much time worrying about these types of events. Community bank stocks simply do not move in response to larger market concerns.

These stocks are much smaller in size, and are not included in the indexes and ETFs that attract attention from news-driven traders. Most of them have smaller market capitalizations and aren’t watched by larger institutions.

Also worth noting: They have a sticky shareholder base. Investors in these small bank stocks tend to be “local folks,” as one might say. The shareholder lists of many small banks resemble a Rotary club membership roster rather than the mutual fund hit parade that typically forms the shareholder base of the larger banks.

The few funds and large investors that do favor small banks, in fact, tend to be longer-term value oriented investors who, often, have much larger investment time frames than peers. In market drawdowns, this makes community banks less volatile. Historically, only a full-scale market collapse has caused liquidity issues.

The current regulatory and economic climate is forcing many smaller banks to consider selling to a larger institution. The cost of compliance and lack of meaningful economic growth makes the cost of independence too high for many banks.

As the CEO of Hometrust Bancshares Inc (NASDAQ: HTBI), Dana Stonestreet, recently told Benzinga, “We think consolidation is just going to be continuing to ramp up. It is so challenging to be a small bank in this current environment with the expense of being in the banking business. The government won’t admit to the fact they’ve raised the bar significantly on the size you need to be to be in this market.”

With that said, it could be a tale of two cities in community bank stocks for the next several years. Those that do not get taken over will be the strong banks, capable of building market share and growing profits at above average rates.

Steve Buster, the CEO of Pacific Mercantile Bancorp (NASDAQ: PMBC), described his expectation for community banks recently, explaining: “For the small community banks, I think they will capitulate to consolidation with larger banks. It won’t be the big banks buying them, but there will be a consolidation to the multi-billion dollar smaller banks by the $500 million and less community bank. I think that is a wave. Secondly, the community bank population has shrunk so much that I feel there is a real opportunity for the remaining survivors to fill the niche of what clients really want. I think we’re going to have a very healthy environment for some years.”

The Most Boring Way…

This is a win-win scenario for patient investors.

Those in community banks may watch the news to stay informed about the world. However, they do not have to do so with anticipation and trepidation about the impact headlines may have on their portfolios.

These little banks are the most boring way to make money in the stock market.

© 2014 Benzinga.com. Benzinga does not provide investment advice. All rights reserved.

Fasanara Capital's investment outlook, key takeaways from the market environment. 1. Seismic Activity On The Rise When policy shifts increase in frequency, the likelihood of policy mistakes rises with it. We... read more 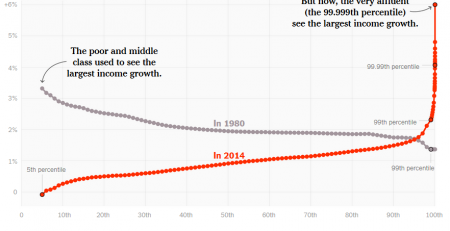 The government of China is willing to tolerate growth as slow as 7 percent, signalling it will act to support expansion if needed, Beijing News reported yesterday. To achieve a... read more

The US Justice Department has BNP Paribas SA (EPA:BNP) (OTCMKTS:BNPQY) in its target zone, seeking the bank to pay a $10 billion fine to put to rest a criminal investigation... read more