In an interview with FOX News Channel’s FOX & Friends (6-9AM/ET), entrepreneur and owner of the Dallas Mavericks Mark Cuban discussed scandals surrounding the NFL and how commissioner Roger Goodell has handled them, his first job, becoming a billionaire and the Obama administration. Please see below for highlights:

Mark Cuban: What does it take to be a billionaire?

“I’m not a fan of what he did. But he’s in a tough position. And what I said in March was, particularly at that (INAUDIBLE), when you’re starting a company and growing a company, whether it’s the NBA, the Mavericks or any company I’ve ever had, climbing up the hill to get to the top is one type of battle.”

“What happened with the NFL, I think they’ve gotten a little bit too proud of themselves, is the way to put it. And so when Roger got out there and started talking about how they’re going to deal with their issues, he started talking about policy. He didn’t deal with culture. He didn’t deal with the substantial issues. He just kept on saying, if we just tweak this and we just tweak that, we’ll be OK. But that’s not really the problem.”

Mark Cuban on his first job:

“My brother had the paper route but I started by selling garbage bags door-to-door. I went to my dad, right. I’ve always been into basketball and I went, Dad, I want a new pair of basketball sneakers because that’s when they were starting to come out with the new kicks and all that kind of stuff. He says, you see those shoes on your feet? They work. When you have a job, you can go buy whatever you want.”

“One of his buddies goes to me, I got a job for you. And I’m like — he goes, why don’t you sell these garbage bags that I can’t get rid of door-to-door? And that was my first job, going door to door to door as a 12-year old, selling garbage bags. And I would just — I had the world’s first and only garbage bag route.”

Mark Cuban on what time he became a billionaire:

“I don’t remember what time, but it was 1999. We — so what happened was we took the company public July 18th of 1998 and that’s why my tail plate on my plane is 71898. That’s the tail number. And it was the largest first day increase in a stock price in the history of the stock market. So it was incredible. I mean, it was an unbelievable feeling and a year later we sold Yahoo! for $5.7 billion and along the way, yes. Kid became a billionaire, you know.”

Mark Cuban on the role Washington should play for the next generation:

“As little as possible. I vote for the guy who’s going to do the least.”

Mark Cuban on whether President Obama has lived up to his expectations:

Mark Cuban on whether the NSA is infringing on American’s privacy rights:

“It’s not so much the NSA that I’m worried about. It’s the fact that everything that we do is now online. And so anybody who wants to market to me — if I go online, if you have Facebook, if you have Twitter, if you have Tumblr, if you have any other social network, I could probably look at what you’ve done over the last five years and know more about you than you know about you.”

Mark Cuban on whether he regrets his comments about switching sides of the street if it is a dark street and there is a black guy coming towards him with a hoodie on:

“No. No. I mean, look, I wasn’t — consider it to the Trayvon Martin family, who I’ve met and because of the whole hoodie thing, so I probably could have phrased it differently. But my point I’ll stand behind it then and I’ll stand behind it today. I’m going to be concerned about my safety when it’s late at night and I’m going to do whatever it takes to protect myself.”

Mark Cuban on whether he is worried about the role political correctness plays today:

“I’m not worried so much because I don’t give a damn.”

Mark Cuban on the country’s economy:

“Look, this is America. The country is always in a good place. You’re going to go through cycles over a period of time. But what makes us different is we have — the American dream is alive and well.”

“The one guy that I’ve never met that I wish I had.”

“I go back and forth. I mean, on one side, he’s a traitor; on the other side, he served a purpose that helped us all.”

“ It was one of those things that I never imagined could come true. And so I mean I — you know, you — it’s always like the pillow talk thing. You sit there talking to your wife and you’re going, oh, man, Brian Kilmeade, and she’s like, don’t even think about it.”

Netflix, Salesforce and Expedia made their debuts on the 2015 Fortune 500, while Coach and Bemis were among those dropped. Wal-Mart topped the list for the third consecutive year, and... read more 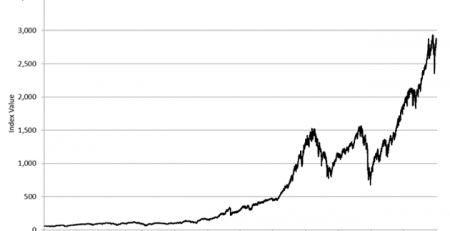 What we said about George Soros is even more applicable with his protege, Stan Druckenmiller. As far as we know Stan has neither authored any books nor formally recommended... read more

U.S. Core-Middle-Market Buyout Multiples Slide by Garrett James Black, PitchBook Between the end of 2015 and the first quarter of 2016, median buyout multiples for the U.S. central middle market... read more

Sandon Capital Activist Fund commentary for the month ended December 31, 2015. Get The Full Warren Buffett Series in PDF Get the entire 10-part series on Warren Buffett in PDF. Save... read more 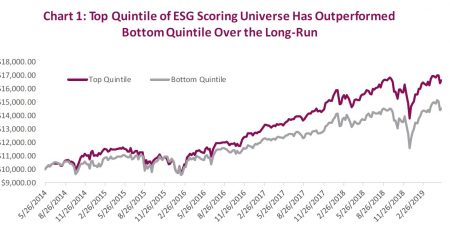 Investors unfamiliar with Environmental, Social and Governance (ESG) investing principles might express skepticism or perhaps worry about how such an approach might affect the performance of their investments. Many... read more

High frequency traders (HFTs) are escaping the law and should be the target of increased regulatory enforcement actions, a paper released by Decimus Capital Markets analyst and HFT critic... read more