Toward the end of the third quarter, uncertainty stemming from the health of the Chinese economy and the impact of interest rate tightening in the U.S. wiped away some earlier gains. The macroeconomic picture in China remains hazy with one clear trend—slowing growth in the industrial sector, while the consumption side of the economy remains more resilient as evident in continually increasing demand for newer types of consumption like health care and tourism-related services. It is notable that in spite of weak data, the Chinese government has been steadfast in its recent avoidance of large-scale stimulus programs to boost short-term growth. We continue to believe that the investment community remains too fixated on pace of growth, while ignoring the long-term benefits of a more market-oriented economy.

Interestingly, some mainland Chinese equity indices were up strongly during the quarter while the Hang Seng Index (HSI) was in the red. The HSI has a heavier concentration financials and industrial sector companies while the Shenzhen 300 Index, for example, is more diversified with greater weighting for consumer-related and information technology sectors.

In the aftermath of last summer’s “taper tantrum,” several Asian economies, such as India and Indonesia, were forced to take remedial steps: lowering wasteful energy subsidies, raising interest rates and allowing currencies to depreciate. Recovering exports, and continuing growth in foreign direct investments has helped foreign currency reserves recover, and that may provide some stability should there be a pickup in withdrawal of capital. Separately, both India and Indonesia continue to benefit from new governments that have raised hopes for an upturn in investment activity.

South Korean holdings were the biggest driver of relative performance, led by Amorepacific (XKRX:090430), as investors continue to focus on the company’s potential growth opportunities in China. The portfolio’s holdings in the consumer staples and health care sectors also helped relative performance for the portfolio as a recovery in Indian and Indonesian equity markets contributed to the gains.

The Fund’s holdings in Taiwan and Thailand were the biggest detractors of relative performance during the quarter. In Taiwan, the free cash flow yields across several of the holdings have compressed over the past year, and as investors start to anticipate higher rates globally, the compressed yields are less attractive. The operating environment for companies in Thailand has not yet recovered from the political disturbances earlier this year, although there are some signs of stabilization.

We made no notable changes to the portfolio during the quarter, however, we continue to look for opportunities in sectors like consumer discretionary and health care, particularly in China.

In the past few years, the Asian region has faced a period of rising rates, volatility in capital flows and slowing growth. But some of these factors seem to be shifting. Barring a significant spike in oil prices, inflation is likely to have peaked across many parts of Asia, and that may provide some room for central bankers to consider loosening monetary policies, although it may not happen as quickly as market participants would like. For businesses, there has been a healthy winnowing of competition for well-run companies as weaker firms have found it difficult to survive in these circumstances. With the prospects of recovery slowly improving, these well-run businesses are well-placed to capture increasing market share. We continue to believe that investing in quality businesses run by motivated management teams is a good way to participate in Asia’s long-term growth.

The views and opinions in this commentary were current as of September 30, 2014. They are not guarantees of performance or investment results and should not be taken as investment advice. Investment decisions reflect a variety of factors, and the managers reserve the right to change their views about individual stocks, sectors, and the markets at any time. As a result, the views expressed should not be relied upon as a forecast of the Fund’s future investment intent.

As of 9/30/2014, the securities mentioned comprised the Matthews Pacific Tiger Fund (Trades, Portfolio) in the following percentages: Amorepacific Corp. 4.8%. Current and future portfolio holdings are subject to risk.

The 10th Annual New York Value Investing Congress takes place in New York on September 8th and September 9th 2014. ValueWalk will be providing coverage of the event. Below are... Read More

John Burbank of Passport Capital can’t believe how the market is ignoring CF Industries Holdings. The man who shorted sub-prime debt leading up to the 2008 financial crisis is... Read More 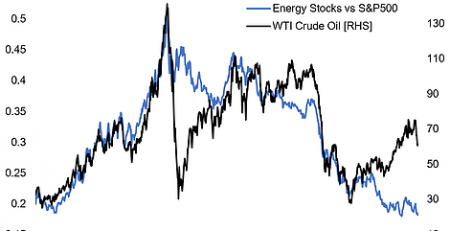 Energy stocks have had a tough time in recent years, and have substantially lagged behind the S&P 500, as a sort of "old economy" vs. "new economy" dynamic plays... Read More

After recording losses of $2 billion in the third quarter of fiscal 2012, Chesapeake Energy Corporation (NYSE:CHK) has been a recurrent topic in the headlines. News just in confirms... Read More

Goldman Sachs is the latest bank to publish research trying to justify the current high level of the market as well as its year-end S&P 500 price target. Goldman laid... Read More