Nike CEO on whether Nike was second to Under Armour marketing to the female athlete:

“Well we’ve been working with female athletes for 40 years, over 40 years. And you saw it today. We had 27 amazing athletes covering a whole range of sports. So women’s sports and health and fitness is not new to Nike. And it happens to be one of the most vibrant and fast-growing parts of our business. So we’re incredibly excited about where we are, and more importantly where it’s going.”

Nike CEO on whether Nike is a tech company:

“Social is everywhere. So everybody connects with each other socially, all the different platforms. And obviously Nike is no different. So we created platforms or we work with different platforms that connect with, as you said, 65 million women. We also have women signed up with Nike+, Nike+ Running, the Nike+ Training Club. Apps, health and fitness and sports app happen to be the fastest-growing app category out there, growing 85 percent, more than any other app. So Nike is part and parcel to all of that. And that’s really a part of our future.”

Nike CEO on whether the female customer factored into their decision to sever ties with Ray Rice:

“Well women athletes have always been important to Nike. I think what’s happening now is that sport and fitness is actually becoming more a part of everyday lifestyle. And it’s really permeating every aspect of culture and society. This isn’t a trend. It’s a movement. It’s a cultural shift really in a way. Yes, so we have a very close relationship with obviously the world’s best athletes, but women in general. And that’s really where the insights that we drive our innovation come from. ”

Nike CEO on whether Nike can help change the NFL culture:

“Yes. Well obviously recent incidents that we’ve all heard about and talked about are very troubling for everybody, not just in terms of sports, but society. And we’ve made our position known with the NFL that we don’t tolerate any sort of domestic violence, child abuse. That’s really important. I see the Commissioner Goodell really responding. He’s – I think this has been a great lesson for the NFL. He’s acknowledged that. He’s moving forward. They’re making some changes. And I’m optimistic that they’re moving in a better direction.”

Nike CEO on not severing ties with or making a statement with regards to Hope Solo:

“Well we keep close with current situations. And we assess based on the knowledge that we have. So we’ll keep close ties with what’s going on in that situation and then make our judgment when the time is right.”

Nike CEO on whether he sees himself looking to buy the Reebok brand because of their Crossfit connection:

“Well you know what? I’m happy with the opportunities Nike has as a brand, and our other brands in the portfolio. We’ve got Nike, Jordan, Hurley, Converse, ample opportunity for growth. And that’s where our focus is. ”

Nike CEO on whether LeBron could outsell Jordan:

“MJ is a tough act to follow in that sense, but I never say never. It’s amazing the business that has – we’ve established around Michael Jordan, around his legend and legacy. I’ve been there since day one when we introduced the first Jordan shoe. And to see what’s happened with that brand and with Michael, he’s the athlete other athletes love. He’s the one that when he walks in a room everybody’s jaw drops. They’re in awe of him. It’s really interesting to watch that.”

“We don’t say it’s nothing. But Kevin Durant is an amazing athlete, obviously on the court and off the court. We’re all big KD fans and he’s somebody that we think that there’s a great future with, with basketball and beyond. So -”

Nike CEO on whether there was really ever a chance Nike would lose Kevin Durant:

“Well I can’t really say, speak to that period of time, other than to say that we were focused on what we do best. We’ve had a great relationship with Kevin. Kevin is a big Nike fan, not just because we’ve had a contract with him, but because of all the things that we’ve done with him on and off the court. So we’re confident in our relationship, and even more confident in what’s possible coming. ”

Nike CEO on whether he is open to a Nike secondhand story platform:

“Well I don’t think we’re really fixated or focused on trying to capture that secondary market. I think that’s always going to happen when you have a popular brand. When products sell out quickly you’re going to create another market. Are there some things we could do to take advantage of that? Possibly. We’re looking at that, but that really hasn’t been our fixation and focus. It’s really to create the best product we can and then, as we say, let the consumer decide.”

Nike CEO on working with Apple:

“I’m actually quite bullish on our relationship with Apple. As you know, Tim Cook is on the Nike board. We’re – we’ve worked – I worked with Steve Jobs a long time ago when we introduced the Nike+ for the very first time. So as I look ahead and what’s possible between Nike and Apple, two as you said amazing brands. Technologically we can do things together that we couldn’t do independently. So, yes, that’s part of our plan is to expand the whole digital frontier in terms of wearables, and go from what we say is tens of millions of users. Right now there’s 25 million Nike+ users, but to hundreds of millions.”

Nike CEO on whether wearables are the future:

“I think it’s going to be a big part of the future, absolutely. I think and what form it takes is the big question, but I think people getting more information in a simple user-friendly way, and getting feedback that helps them understand themselves better is a way to improve yourself, and I think connect with other people to keep pace with what’s going on in the world. So I think wearables – I think the form it takes is what’s critical. You can go from very geeky kind of wearables today. We’ve seen, all seen some of those, to I think what you’ll see in the future are things that are more stealth, more integrated, more stylish and more functional, yes.”

Irving Berlin And The Unintended Consequences of Risk Control

In the late 19th and early 20th century, the music industry engaged in a type of risk control that, in principle, is not very different from the type that... read more

Mallinckrodt PLC (NYSE:MNK) CEO Accused Of "FRAUD" by Citron Research - the stock is tanking again - see their report below Mallinckrodt Stock Target Price - $20 It has taken too... read more 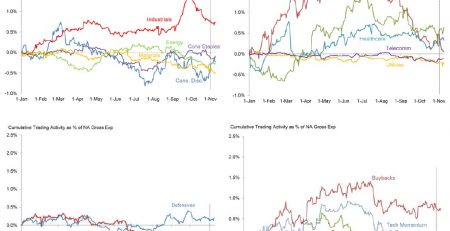 Skenderbeg Alternative Investments' Put into perspective for the month of November 30, 2018. Q3 hedge fund letters, conference, scoops etc "Half the reason the consulting industry exists is because companies would... read more

Nokia Receives Another Downgrade From Moody's

During his recent interview with Tobias, Ben Claremon, the Principal and Portfolio Manager at Cove Street Capital provided some great insights into how investors can better understand the culture... read more

Looking Deeper, Seeing More: A Multilayer Map Of The Financial System by Richard Bookstaber and Dror Y. Kenett - OFR with a "shout out to hedge funds" This brief introduces... read more 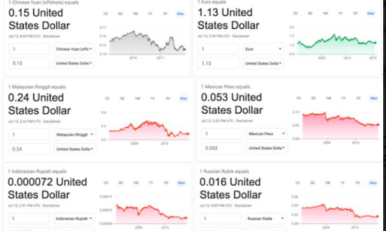