Someone said, “Money doesn’t disappear, it only changes hands.”

By that token, the financial meltdown of 2008 resulted in a liquidity seizure, not a crisis of solvency. In their October ‘Market Perspective’ Rothschild Wealth Management would like to give the US economy more credit than it’s getting – especially considering the increasing rhetoric surrounding unsustainable asset values that would allegedly collapse as the Fed finally moved to realign interest rates.

Philippe Jabre On Opportunities In Russia, Japan And China 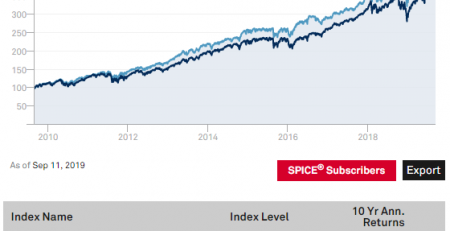 David Einhorn is not having a good day after Christmas. One of his top holdings, Marvell Technology Group Ltd. (NASDAQ:MRVL), had a major ruling against it earlier today in... Read More

Facebook Inc (NASDAQ:FB) is still facing a great deal of problems arising from its IPO which took place just one week ago today. The company has been hard hit... Read More

Time In The Market

There was a recurring theme at the annual Burgundy Client Day on June 8th: the market is getting expensive. Burgundy’s Portfolio Managers highlighted the difficulties finding high-quality companies at... Read More