Ben Graham developed a formula and methodology for growth stock investing in the 1962 Edition of Security Analysis (Chapter 39).

A security should be analyzed independently of its price, and that the future performance of any security is uncertain. The risk and the return of the investment are dependent on the quality of the analysis and this “margin of safety.”

The margin of safety implicitly reiterates that one can effectively assess the value of a security independently of the rest of the market. Ben Graham’s experience with gyrating expectations for the future led him to initially appreciate more stable evidence of value, such as marketable non-operating off balance sheet assets, over less tangible or less reliable sources of worth, such as future earnings growth.

Only later in his career (1962-1972) did he begin to focus on evaluating the long-term earnings potential of a company.

Ben Graham’s focus later on in his life came from his experience in purchasing GEICO. That single transaction, which accounted for about a quarter of his assets at the time, yielded more profits than all his other investments combined. He paid $7 per share for GEICO stock and watched it grow over the ensuing years to the equivalent of $54,000 per share. Graham’s greatest profits ironically came from a growth company.

James J. Cramer, the street.com on 29th February 2000, “You have to throw out all of the matrices and formulas and texts that existed before the Web….If we used any of what Graham and Dodd teach us, we wouldn’t have a dime under management.”

Every investor would like to select the stocks of companies that will do better than the average over a period of years. A growth stock may be defined as one that has done this in the past and is expected to do so in the future.1 Thus it seems only logical that the intelligent investor should concentrate upon the selection of growth stocks. Actually the matter is more complicated, as we shall try to show.

It is a mere statistical chore to identify companies that have “outperformed the averages” in the past. The investor can obtain a list of 50 or 100 such enterprises from his broker. Why, then, should he not merely pick out the 15 or 20 most likely looking issues of this group and lo! He has a guaranteed-successful stock portfolio?

There are two catches to this simple idea. The first is that common stocks with good records and apparently good prospects sell at correspondingly high prices. The investor may be right in his judgment of their prospects and still not fare particularly well merely because he has paid in full and perhaps overpaid for the expected prosperity. The second is that his judgment as to the future may prove wrong. Unusually rapid growth cannot keep up forever; when a company has already registered a brilliant expansion, its very increase in size makes a repetition of its achievement more difficult. At some point the growth curve flattens out, and in many cases it turns downward.

Ben Graham: “The risk of paying too high a price for good-quality stocks—while a real one—is not the chief hazard confronting the average buyer of securities…the chief losses to investors come from the purchase of low-quality securities at times of favorable business conditions.”

If we are to begin a study of how to value growth let’s start by reading what the “Father of Value Investing,” Ben Graham, has to say.

…certain criteria of a “reasonable price” at which a given common stock or group of stocks might be bought for investment. These criteria took into account the side fluctuations of former stock markets; they leaned heavily on average earnings for a number of past years; they established upper limits for a permissible price in relations to such earnings. Favorable possibilities of future growth were to be looked for and taken advantage of when feasible; but the investor—as distinguished from the speculator—was to keep the premium paid for such prospects within a modest maximum. We did not claim that these conservative criteria of “value” or “justified price” proceeded from mathematical laws or other a priori principles. They were definitely empirical in their origin. 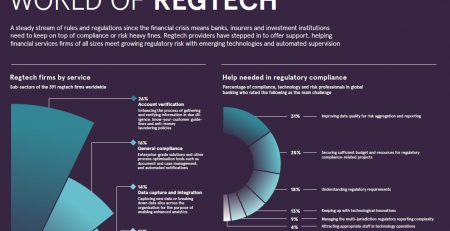 The volume of data produced by the financial industry today is massive. Leveraging this data to extract customer insights and prevent fraud requires analysis beyond the ability of any... Read More

It’s estimated that the average person spends only 10% of their life actually working. What? How is that true when you work 40 out of 168 hours in a week? [REITs] Q1... Read More

US markets are shapely lower on Wednesday morning because of a disappointing Spanish bond auction which gave traders the feeling that Europe’s debt crisis could be starting to get... Read More