Despite worries about global growth and the end of QE3, private equity’s performance reassures investors.

In its quarterly report, Triago highlights that investors with over $1 million account for 10% of private equity capital raised in 2014’s first 10 months, surpassing the 6% clocked in 2008. The report notes this momentous evolution comes at a time when institutional investor demand for separate accounts and co-investment is eating into general partner profit margins.

The report points out that a number of GPs now have well-oiled partnerships with leading brokerages, with one major GP raising 18% of annual capital this way. The Triago report notes brokerage-sponsored campaigns that use low-fee feeders funds are gearing up to target retail investors, promising greater market share for individuals.

Citing a recent McKinsey & Company’s study, the Triago report notes in 2002, before a mid-decade period of exponential growth in assets under management, over 40% of PE managers who had achieved top-quartile status with a fund were able to repeat that showing with their next offering. This period was marked by less than 4% of top-quartile funds followed by a successor in the bottom-quartile. However, the Triago report highlights that today only about 20% of the best managers have two top-quartile funds in a row, and 30% are one-hit wonders, following up with bottom-quartile performers. Such a weakening of persistence and record liquidity forces investors to take a closer look at first-time managers.

The Triago also report points out that the average debt multiple in private equity deals now stands at 6.23 times the cash flow of acquired companies in the third quarter, which is the same level achieved in the 2007’s overheated credit market. However, the report highlights that today’s interest coverage ratio is nearly double what it was in 2007 and close to historic highs. Aided by low interest rates and covenant-lite terms, credit is flowing freely now. However, the report emphasizes that there’s no evidence that general partners are, on average, overburdening companies with debt.

The report also points out that annual distributions have already set a new record at $359 billion.

Touching upon the complexity of reinvesting, the Triago report points out that the challenge of investing exceptional capital is fostering new forms of co-operation between limited partners and general partners and even creative efforts to pool resources among LPs. 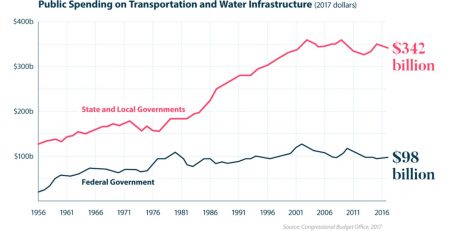 If you’re a homeowner, there are probably a few things you’ve been neglecting to do. Perhaps the kitchen needs upgrading, or the roof needs replacing. We tend to procrastinate... read more

I would like your opinion on an original  issue I have with the Shiller PE10 index.  I wrote a blog post on that subject (and I merely did it... read more

Laws and regulations are only as effective as the enforcement efforts associated with them. Securities and Exchange Commissioner Kara Stein, when looking at recent waivers given to the largest... read more