After suffering October losses that were reported at 7.4 percent, and battling asset outflows in 2014 that nearly cut his fund in half, John Paulson has decided to rename one of his hedge funds and change its investment strategy.

Simone Foxman of Bloomberg Briefs is reporting that the $19 billion Paulson & Co., parent company of several hedge funds, informed investors on a conference call earlier this month that it will rename the Paulson Recovery Fund to the Paulson Special Situations Fund, saying the premise on which the fund was based has “matured,” sources told Bloomberg. The name change is expected to take place January 1, 2015. While the liquidation of current positions is ongoing, the new strategy is expected to be fully implemented next year.

Paulson, 58, started the fund in October of 2008 to invest when the blood of the financial crisis was on the street. At that time the fund bet on a recovery in banks, brokerage firms and insurance companies. That investment thesis has “matured” and Paulson is now unwinding positions in financial companies such as Capital One Financial “based on its conviction that the U.S. recovery had slowed,” the report said.  In addition to U.S. financial institutions, the fund is reported to be invested in Greek banks, French directory publisher Solocal Group, and Spanish and Irish real estate trusts. Last month the fund held losing stakes in Shire PLC (ADR) (NASDAQ:SHPG) (LON:SHP), after a failed tax inversion merger attempt with AbbVie Inc (NYSE:ABBV), as well as negative exposure in Fannie Mae / Federal National Mortgage Assctn Fnni Me (OTCBB:FNMA) and Freddie Mac / Federal Home Loan Mortgage Corp (OTCBB:FMCC).

John Paulson’s fund was down 7.4% in October

Bloomberg reports that the fund was down 7.4 percent in October, pushing out a 13 percent loss year to date. This at a time when the stock market is generally up nearly that much. Since its founding in 2008, the fund garnered an average annual return of 8.7 percent, underperforming the S&P 500, which returned 9.5 percent on average (minus dividend reinvestment).

Assets in the fund have been heading south with the performance, as AUM has fallen from nearly $3.2 billion as of April 1 to approximately $1.6 billion currently, according to the Bloomberg report. Paulson apparently did not update HSBC’s weekly hedge fund report on assets in the fund, because the last reporting on November 18 indicates $2.8 billion in AUM as of July 18, 2014.

The new Special Situations Fund strategy is expected to hold primarily long exposure with concentration in 25 and 40 positions, the report said, citing unnamed sources.  The fee structure will remain unchanged: a 1.5 percent management fee, a 20 percent charge on investment profits and investors will be able to withdraw their assets quarterly subject to a 25 percent gate. 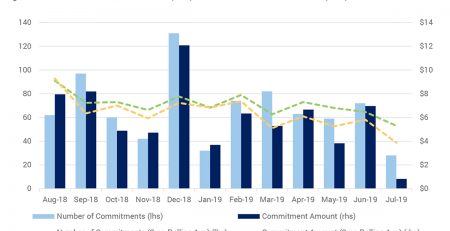 Here is an excerpt from 250words.com on unethical behavior prevention and changing the environment followed by a book review on Nudge: Improving Decisions About Health, Wealth, and Happiness by... read more

The Tax Dance: To Pass Through or Not to Pass Through Income? by Aswath Damodaran. I started last month by looking at US tax law and how it induces bad... read more

The economy is picking up and its time to invest in assets based on approaching inflation, Morgan Stanley says, noting odd CTA correlations read more

Solar Trust of America: A Look At The Company In Chapter 11

The year 2012 may be marked as the year when many, more than 30, green companies that benefited from government  loans were either not performing very well or have... read more

Broyhill Asset Management is out with a new long thesis on Hospira. The value oriented firm goes through a detailed analysis of why they like the stock below is... read more