Fresh from destroying banking secrecy and prosecuting Swiss banks, the United States is one of the best friends of Swiss exporters. The US is one of the fewest bright sparks in the stagnating world economy, and certainly the most significant rising star.

Swiss technology company Feintool, that specialises in engine and transmission parts for the car industry, has a third of its 2,000 workforce based in the US. “The US market is responsible for driving most innovation in our industry,” said chairman Alexander von Witzleben.

A study by management consultants Bain & Company predicts that Swiss exports to the US will grow by 27% by 2017 thanks to the reindustrialisation of the country. The first Swiss beneficiaries will be electrical, machine and metals companies whilst exporters of tools and chemicals will feel the effects later, according to the report.

Economic growth is slackening in China, Japan and Brazil are in recession while the Ukraine crisis has taken its toll on both Russia and the already stagnant western Europe. Switzerland Global Enterprise (S-GE), a government agency that facilitates Swiss firms abroad, is in no doubt about where the best prospects lie for small and medium sized enterprises (SMEs).

“In a tough overall environment for exporters, the US is providing powerful growth stimulus,” S-GE head of consulting Alberto Silini stated in a recent survey of fourth quarter business prospects. “Looking westward could pay off in future for Swiss SMEs.”

And firms appear to be taking note of the shifting economic conditions. October was a record month for Swiss exports globally, rising 8% year-on-year to a new monthly niveau of nearly CHF20 billion. Exports to the US led the way, climbing sharply by 24% from the corresponding month last year to an all-time October record of CHF2.62 billion.

The US has traditionally been a significant market for Swiss firms, second only behind Germany as a destination for exports. The parlous state of the US economy after the financial crisis of 2007/8 saw trade slip as the likes of China proved a more enticing growth destination for Swiss exporters.

But the US has since rallied and appears to have dragged itself out of its economic woes just as other major countries start to stumble. The US pulled in 11.6% of all Swiss exports last year, totaling around CHF25 billion. Each of the last three months of this year have seen double digit export growth from Switzerland to the US.

Martin Naville, chief executive of the Swiss-American chamber of commerce, believes the US economic upturn is no flash in the pan blip. “The US certainly still has problems with debt and long-term unemployment but the economy has regained a lot of credibility,” he told swissinfo.ch. “I don’t see any reasons why it will not continue to grow.”

Underpinning the renewed US economic strength are the tough restructuring efforts of companies during the lean years, which have seen many come out of the crisis stronger and now armed with stockpiles of retained cash for investments, and an energy boom in country led by new shale gas extraction techniques.

“The US is fast moving to self-sufficiency in energy. They are the world’s largest gas producer and will soon be number one in oil,” said Naville. “The energy revolution is here to stay, which will translate into cheaper energy costs. This is good both for countries exporting to the US and for internal consumption.”

This would be music to the ears of Swiss exporters who have seen sales and orders drop in the last few months following a surge of optimism earlier in the year. The Swiss government and scores of economists have downgraded economic growth prospects with practically all of Switzerland’s other main trading partners showing signs of significant weakness in recent weeks.

Switzerland also has a tradition of strong direct investments into the US – setting up production sites, offices, buying up or merging with US companies. In fact, Switzerland is the fifth largest direct investor in the US, soaking up more than CHF200 billion of Swiss company money over the years.

But setting up new operations, or even significantly expanding those already in place, requires greater evidence of long-term growth potential.

Only five years ago, the US automobile industry was thrown into grave danger when General Motors almost went bust. But Witzleben is convinced that the premium car will remain king in the US for many years to come, particularly given the new energy boom.

“Quarterly economic ups and downs do not influence our strategy,” von Witzleben told swissinfo.ch. “When I read a newspaper article that talks about an economic downturn I know it might have short-term consequences for my industry, but this information does not affect my investment decisions.”

“Whether 2015 will be a good or bad year is not useful information. It takes five years to build a fine tools factory in Europe before it makes a profit. The life cycle of a car transmission system is generally 10 years, so we have a 10-year planning horizon.”

But there is one major obstacle to continued Swiss trading success in the US, particularly for exporters. That comes in the shape of a far reaching free trade agreement currently being thrashed out between the US and the European Union – the Transatlantic Trade and Investment Partnership (TTIP).

Switzerland is currently sitting on the sidelines of negotiations and can only realistically hope for partnership status rather than full access to TTIP. Failure to achieve even this could shave half a per cent off the Swiss economic output, according to the World Trade Institute at the University of Bern.

The treaty is still some years off completion, but if rubber stamped it will create a host of new regulations and product standards (ranging from food products to machinery and consumer goods) that could put Swiss exporters at a serious disadvantage.

It would hardly be viable for a Swiss company to produce goods to both TTIP standards and different Swiss regulations, argues Naville. And he fears that Switzerland might struggle to get a significant say in TTIP given that it broke off free trade negotiations with the US in 2006 over the still thorny issue of agriculture.

“I am very worried for Switzerland because there will be a huge problem without TTIP participation,” Naville said. “It wouldn’t bite in a day but it could be very uncomfortable in the long-run.”

“Why would any foreign company invest in Switzerland if it is not part of TTIP? For many companies it might stop them creating value in Switzerland because value creation would no longer be important.”

The US economy has grown faster than expected in the last two quarters. Between April and June, economic output expanded 4.6% followed by 3.5 % in the third quarter.

This growth allowed the Federal Reserve on November 21 to call an end to its quantitative easing strategy (mass buying of US government bonds and mortgage backed securities) that it had started in 2008.

By contrast, China’s economy recorded its slowest growth since 2009 in the second quarter of this year (7.5%). The third quarter saw even more modest growth of 7.3%, impressive by global standards but significantly down from previous years.

Germany narrowly avoided a technical recession with a wafer thin 0.1% growth in Q3, but Japan and Brazil have both recorded consecutive quarters of negative growth this year. In a surprise move, China cut its interest rates this month in an effort to arrest declining economic output.

Switzerland has felt the effects of the cooling economy, with the State Secretariat for Economic Affairs (SECO) scaling its 2014 GDP growth forecasts back from 2% to 1.8%. Swissmem, the umbrella group for the electrical and mechanical engineering sectors, said sales of its members had fallen 4.2% in the third quarter.

In 2016, the financial press seemed convinced that the hedge fund industry as we know it, was dying a slow death. Asset flows data seemed to confirm this conclusion... read more 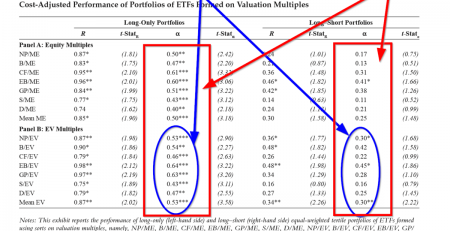 Khrom Capital Has Another Strong Year With An 18% Return

One of the top value funds we know of, had another great year. Khrom Capital’s letter to limited partners (run by, Eric Khrom, who made it to the Forbes 30... read more

The European Central Bank will be celebrating an important landmark next month. In little more than a year, the central bank has been able to increase access liquidity in... read more