In a reversal from 2013, credit lags most strategies in 2014 while managed futures funds are shining.

According to eVestment, aggregate hedge fund performance was positive 1.08% in November, ending the industry’s two-month decline. Year-to-date aggregate returns of 2.85% are well below 2013’s full-year increase of 10.20%.

Aided by rebounding US equity markets and strong moves in currency and interest rate markets, November’s biggest winners were managed futures strategies and activist funds. Credit and commodity-focused strategies posted aggregate declines, while funds focused on the energy sector and with Brazil exposure faced the industry’s largest losses during the month.

Managed futures’ current four-month run is this group’s best stretch in nearly four years, since the four months ending December 2010. The largest managed futures funds, those with greater than $1 billion in AUM, have led the recent run, rising an average of 10.36%.

Having returned 11.92% YTD through November, the $1 billion+ AUM managed futures group is on pace for an outstanding year. Virtually all the universe’s 2014 gains have been made since the beginning of August which corresponds with the onset of the USD’s strong moves against the EUR and JPY.

Macro funds appear to not have taken advantage of recent opportunities in FX markets, returning only 0.51% in the last three months. This is primarily due to the universe being weighed down by funds with elevated dedicated physical commodity exposures.

Large macro funds have produced returns more than two times larger than the rest of the macro universe, but still trail their large managed futures peers by nearly half, which is most likely due to systematic managed futures strategies being more adept at aligning exposure to the strong USD.

In November, activist funds erased nearly all their aggregate losses from the prior two months. Returns of 3.25% lifted YTD performance to 6.51%. For the year, the group lags only managed futures, healthcare-focused equity, securitized credit and India-focused strategies for the title of best performing hedge fund universe.

With aggregate declines in each of the last five months, credit strategies appear to be in the midst of a difficult period, with the exception being those targeting ABS markets. Similar to large managed futures strategies, the group’s current trend can also be traced back to the start of the strong USD. Since then, losses in high yield and European markets have hurt directional credit strategies which have declined over 2% and distressed funds which are down nearly 4% since July. 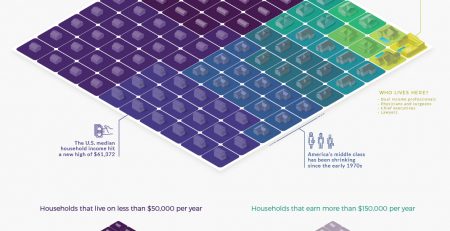 The Triago Quarterly Letter Dear Reader, Favored by record distributions, the greatest challenge for many investors today is how to invest more in private equity without lowering the bar on returns.... Read More