Bill Gates shares his list of best books he read in 2014: Business Adventures: Twelve Classic Tales from the World of Wall Street by John Brooks, Capital in the Twenty-First Century by Thomas Piketty, How Asia Works by Joe Studwell, The Rosie Effect by Graeme Simsion and Making the Modern World: Materials and Dematerialization by Vaclav Smil.

From Wall Street to Main Street, John Brooks, longtime contributor to the New Yorker, brings to life in vivid fashion twelve classic and timeless tales of corporate and financial life in America

Capital in the Twenty-First Century by Thomas Piketty

What are the grand dynamics that drive the accumulation and distribution of capital? Questions about the long-term evolution of inequality, the concentration of wealth, and the prospects for economic growth lie at the heart of political economy. But satisfactory answers have been hard to find for lack of adequate data and clear guiding theories. In Capital in the Twenty-First Century, Thomas Piketty analyzes a unique collection of data from twenty countries, ranging as far back as the eighteenth century, to uncover key economic and social patterns. His findings will transform debate and set the agenda for the next generation of thought about wealth and inequality.

How Asia Works by Joe Studwell

In the 1980s and 1990s many in the West came to believe in the myth of an East-Asian economic miracle, with countries seen as not just development prodigies but as a unified bloc, culturally and economically similar, and inexorably on the rise. In How Asia Works, Joe Studwell distills extensive research into the economics of nine countries—Japan, South Korea, Taiwan, Indonesia, Malaysia, Thailand, the Philippines, Vietnam, and China—into an accessible, readable narrative that debunks Western misconceptions, shows what really happened in Asia and why, and for once makes clear why some countries have boomed while others have languished. Impressive in scope, How Asia Works is essential reading for anyone interested in a region that will shape the future of the world.

The Rosie Effect by Graeme Simsion

The highly anticipated sequel to the New York Times bestselling novel The Rosie Effect, starring the same extraordinary couple now living in New York and unexpectedly expecting their first child. Get ready to fall in love all over again.

Don Tillman and Rosie Jarman are back. The Wife Project is complete, and Don and Rosie are happily married and living in New York. But they’re about to face a new challenge because— surprise!—Rosie is pregnant.

Don sets about learning the protocols of becoming a father, but his unusual research style gets him into trouble with the law. Fortunately his best friend Gene is on hand to offer advice: he’s left Claudia and moved in with Don and Rosie.

Making the Modern World: Materials and Dematerialization by Vaclav Smil.

How much further should the affluent world push its material consumption? Does relative dematerialization lead to absolute decline in demand for materials? These and many other questions are discussed and answered in Making the Modern World: Materials and Dematerialization.

Over the course of time, the modern world has become dependent on unprecedented flows of materials. Now even the most efficient production processes and the highest practical rates of recycling may not be enough to result in dematerialization rates that would be high enough to negate the rising demand for materials generated by continuing population growth and rising standards of living. This book explores the costs of this dependence and the potential for substantial dematerialization of modern economies.

Insights from the Berkshire Hathaway 2021 annual meeting. Q1 2021 hedge fund letters, conferences and more “Why did you sell rather than buy last year?” The question asked what was on... Read More

Would A 4% Taxable Equivalent Return Make You A Bond Investor? 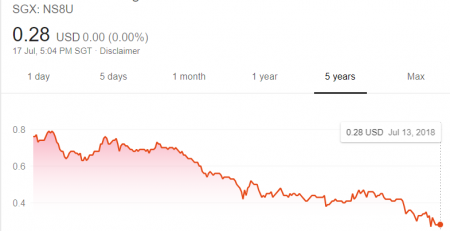 Have you ever heard of stories where others are able to reap tens of thousands a month without working at all? The amount of cash flow they receive is... Read More 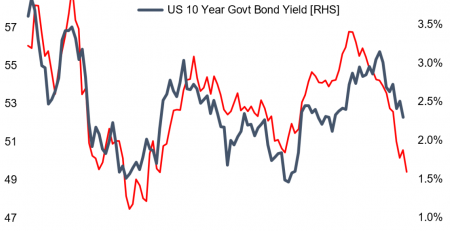 Bond yields have started to break down, and if today's chart is anything to go by, it's entirely possible we see a further push lower in yields. Q1 hedge fund... Read More

Clearwater Paper Corp (NYSE:CLW)’s third largest shareholder, Steven Cohn's  hedge fund SAC Capital, has indicated that it would like to see the company split up in order to fully realize... Read More