Most international equity markets, including in Europe and Japan, delivered negative results for the third quarter of 2014.

Uncertainty over the Russia-Ukraine crisis and data on stagnating economic growth in Europe appeared to have offset the European Central Bank’s suggested readiness to provide more aggressive stimulus to support the euro zone’s fragile recovery.

Emerging-market stocks were also hit as the investor optimism that propelled them last quarter seemed to dissipate. Fears that the U.S. Federal Reserve was moving closer to raising interest rates caused market concern about a potential repeat of last year’s sell-off and led investors to take a more cautious stance toward the asset class. Putting additional pressure on market sentiment was the uncertainty over the ongoing pro-democracy protest in Hong Kong against the Chinese government.

Amid this backdrop, the Brandes International Equity Fund underperformed its benchmark, the MSCI EAFE Index, which declined 5.88% for the quarter.

The majority of our food & staples retailing holdings are domiciled in the United Kingdom, where the food retailing landscape has been challenging for the last few years. With economic conditions still difficult, discount retailers have been able to steal market share from traditional grocers such as Tesco and Wm Morrison. Nonetheless, we remain convinced that these companies represent attractive businesses with value in their property portfolios, as well as in their non-core and international assets. Moreover, we are attracted to their capacity to improve cost structures.

Tesco (TESO)’s shares were hit particularly hard this quarter after reports of further market share slippage. In addition, the company issued a trading statement where it disclosed an overstatement of its expected profit for the first half of 2014, primarily attributed to the accelerated recognition of commercial income and delayed accrual of costs. The company’s senior management, which was newly appointed from outside of Tesco, is leading the review, which will be concluded by late October 2014. While most headlines have focused on domestic operations, we see substantial value in Tesco’s non-U.K. assets and in their real estate holdings. We are closely monitoring the unfolding situation to determine its potential impact on our estimate of Tesco’s intrinsic value.

Within our oil & gas allocation, shares of U.K.-domiciled oil giant British Petroleum (BP) suffered after a U.S. federal judge ruled that the company was grossly negligent with respect to the 2010 Macondo well accident in the Gulf of Mexico. The decision came as part of the first in BP’s three-phase trial. In our view, the share-price decline following this headline was excessive.

Our intrinsic value estimate for BP had already incorporated an estimate of a grossly negligent penalty. Following the news, we re-evaluated the company and came to the conclusion that the shares still offered an attractive margin of safety. Any penalty is not expected to be paid for several years, and the company has reaffirmed the ruling would not impact its dividend or buyback policy—nor would it lead the company to accelerate its asset disposal program. With significant cash on its balance sheet, which will still increase given the company’s asset disposal plan, we believe BP maintains a strong financial flexibility.

Beyond the aforementioned holdings, pharmaceutical firms Daiichi Sankyo Company and GlaxoSmithKline, and construction material company Italcementi also detracted from returns in the quarter.

Despite the overall negative performance, some of the Fund’s holdings performed well in the quarter, with emerging-market wireless service providers China Mobile and Mexico-based America Movil representing key positive contributors to returns.

Meanwhile, America Movil (AMX) announced that it would begin to take measures to reduce its share in the Mexican telecommunications services market to below 50%. Possible measures include spinning off its cellular towers so that they can lease them at market rates, and divesting some of its assets on the east coast of Mexico. This asset disposal plan is popularly viewed as a pragmatic step for America Movil to appease the new regulator. The market seemed to welcome the news as it alleviated some of the uncertainty related to the new regulations in the Mexican telecommunication services sector, which had weighed on America Movil’s shares for several months.

During the quarter, the investment team exited the Fund’s positions in Banco do Brasil, Spain’s Telefonica, Japan-based NTT andAstellasPharma,aswellasU.K.-domiciledAstraZeneca.

We initially added AstraZeneca (AZN), one of the world’s largest pharmaceutical companies, to the Fund in mid-2007. At the time, a series of late-stage research & development (R&D) failures had stymied the company’s product pipeline and cast doubt on its ability to offset upcoming patent expirations. Furthermore, pharmaceutical stocks had fallen out of favor globally. Among the factors that weighed on market sentiment were: 1) declining R&D productivity and returns as clinical trials had become longer and more expensive, with a lower probability of success; 2) a patent cliff which threatened future revenue; and 3) more recently, austerity measures and reimbursement pressures stemming from mounting fiscal deficits of many governments worldwide.

Amid all these challenges, we saw in AstraZeneca a company with a diversified product portfolio, strong foothold in emerging markets, and a potential to reduce costs. Most importantly, the company’s market price at that time seemed to give very little value to AstraZeneca’s R&D potential or past R&D investments.

The market now appears to be ascribing more value to the company’s R&D potential. The company’s early-stage pipeline showed promising clinical trial data, specifically the immuno- oncology franchise that may potentially change the way cancer is treated. Additionally, the company received attention earlier in the

year following potential interest as an acquisition target. With the shares trading near our estimate of intrinsic value, we decided to exit the position.

In addition to the sales mentioned above, other Fund activity during the quarter included the additions of U.K.-based Kingfisher and British Sky Broadcasting Group, as well as Austria-domiciled Erste Group Bank.

Erste’s stock price has been negatively impacted by concerns of decelerating economic growth in Central and Eastern Europe, geopolitical uncertainties associated with the situation in Ukraine, as well as political and regulatory concerns in several markets, particularly in Hungary. In our opinion, these concerns have led the market to excessively punish the stock, especially if viewed from a longer-term perspective. In addition to Erste’s attractive valuation, we are attracted to the company’s foothold in markets with below-average financial services penetration, which may serve as a source of future growth.

Year-to-date, the Brandes International Equity Fund (Class A Share without sales charge) outperformed the MSCI EAFE Index, which declined 1.38% during the nine-month period.

Within emerging markets, the Fund owns companies across a variety of sectors, including energy, telecommunications services and financials. We continue to monitor the situation that may affect Russian companies and are comfortable with the Fund’s current exposure. Amid the volatility, we are also looking for additional opportunities in the region.

As of September 30, 2014, our key underweights remained in the materials and the industrials sectors, as well as in Germany, Australia and the Nordic countries.

This past quarter has been marked by a rash of world events that seemed to have led to an elevated level of concern in equity markets globally. As one of the first firms to bring a global perspective to value investing, Brandes understands that while macroeconomic events need to be considered, they affect each individual business differently. Our established global research infrastructure, which encompasses a team of analysts with extensive knowledge about their specific industries, allows us to think and invest independently from the market consensus.

As always, thank you for your business and continued trust.

The Advisor has contractually agreed to limit the International Equity Fund’s Class A, Class C, Class E and Class I annual operating expenses (excluding acquired fund fees and expenses, taxes, interest, brokerage commissions, expenses incurred in connection with any merger or reorganization or extraordinary expenses such as litigation), including repayment of previous waivers, to 1.20% for Class A and Class E, 1.95% for Class C, and 1.00% for Class I as percentages of the respective Fund classes’ average daily net assets through January 31, 2015 (the “Expense Caps”). The Expense Caps may be terminated at any time by the Board of Trustees upon 60 days’ notice to the Advisor, or by the Advisor with the consent of the Board.

Because the values of the Fund’s investments will fluctuate with market conditions, so will the value of your investment in the Fund. You could lose money on your investment in the Fund, or the Fund could underperform other investments. The values of the Fund’s investments fluctuate in response to the activities of individual companies and general stock market and economic conditions. In addition, the performance of foreign securities depends on the political and economic environments and other overall economic conditions in the countries where the Fund invests. Emerging country markets involve greater risk and volatility than more developed markets. Some emerging markets countries may have fixed or managed currencies that are not free-floating against the U.S. dollar. Certain of these currencies have experienced, and may experience in the future, substantial fluctuations or a steady devaluation relative to the U.S. dollar.

Diversification does not assure a profit or protect against a loss in a declining market.

One cannot invest directly in an index.

The margin of safety for any security is defined as the discount of its market price to what the firm believes is the intrinsic value of that security.

Free Cash Flow: The cash that a company is able to generate after laying out the money required to maintain or expand its asset base; calculated as operating cash flow minus capital expenditures.

The declaration and payment of stock dividends are solely at the discretion of the issuer and are subject to change at any time.

MSCI has not approved, reviewed or produced this report, makes no express or implied warranties or representations and is not liable whatsoever for any data in the report. You may not redistribute the MSCI data or use it as a basis for other indices or investment products.

Is this the top Part # we lost count? Kobe Bryant Kobe Bean Bryant was an 18-time all star in the 20 years he played for the Los Angeles Lakers, where... read more 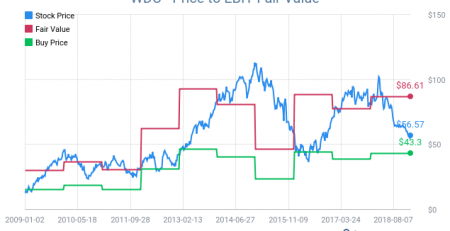 Tadas Viskanta is the founder and Editor of Abnormal Returns. Abnormal Returns has over its nine years in existence has become a fixture in the financial blogosphere. Tadas is... read more

In Morgan Stanley (NYSE:MS)’s European Strategy report from late May, the investment bank tell us what they recommend when you look at European stocks.  Obviously, Europe has been on... read more 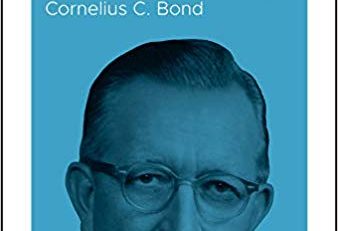