In November 18’s Advisor Perspectives, Larry Swedroe published an article titled “How AQR’s New Fund Adds Value An Alternative Approach to Alternatives: Investing with Style”. His article was followed by a lively discussion on APViewpoint1. I eventually joined that discussion. The running commentary quickly devolved into a debate, largely between Larry and me, but involving several additional intelligent and insightful contributors as well.

I salute Larry along with the other contributors for pursuing the discussion at such length. Some of my interest was to try to understand what Larry was talking about, because I find much of his language jargonesque – typical of that part of the investment field that tries to use what it believes to be scientific methodology based on academic research.

With Larry’s last contribution to the APViewpoint discussion, I feel that I understand at last what he is trying to say – or at least, what I think he must mean. Perhaps I can make a useful contribution to a wider readership by clarifying the issues. I will of course invite Larry to correct any misstatements I make in this effort. I will also, however, having clarified the issues, state why I think the claim in the title of his article is very likely to be mistaken.

Summary of the article’s argument

Larry’s article argues that allocating a portion of a portfolio to a fund called the AQR Style Premia Alternative Fund (QSPIX) will be beneficial, in spite of the fund’s 1.5% expense ratio and high turnover (which will incur additional fees, as well as taxes if not held in a tax-advantaged account). His reason for recommending this fund is that it invests in four engineered “style factors” that have had high “premia” in studies of historical data. This creates what he calls an “expected return” averaging about 7%. (But since “a fund’s past performance does not necessarily predict future results,” presumably what he means is not an expected but a historical return of 7%.)

What is more important however, as Larry says, is that these style factors have historically not correlated with the market, either the stock or bond market (or with each other). If that non-correlation, and the previously cited historical average return, persist in the future, then as we shall see, allocating a portion of a portfolio to the fund could substantially move the portfolio’s performance toward some maximally-attainable efficient frontier – either by reducing the portfolio’s risk (i.e., volatility of returns) for a given expected return, or by increasing its expected return for a given level of risk.

What are style factors?

Put simply, style factors are anything with which, one may conjecture, a portfolio’s returns will correlate. If a multiple regression appears to show that returns have indeed correlated with these factors historically, then the conjecture may be judged, at least tentatively, to be correct. The coefficients of the factors in the regression are presumed to measure the strength of the dependency of the portfolio’s performance on each of those factors.

Robert Novy-Marx, a professor at the Simon Graduate School of Business at the University of Rochester, recently showed that ‘predictive regressions find that the party of the U.S. President, cold weather in Manhattan, global warming, the El Niño phenomenon, atmospheric pressure in the Arctic, the conjunctions of the planets, and sunspots, all have “significant power” predicting [market] performance’.

Remember, if you have a question or comment, send it to [email protected].

What's Behind The Rise In Consumer Nonperforming Loans?

There’s a worrying trend developing in the consumer loan market. In the first quarter of 2016, aggregate bank non-performing loans increased for the first time in the post-crisis cycle.... Read More 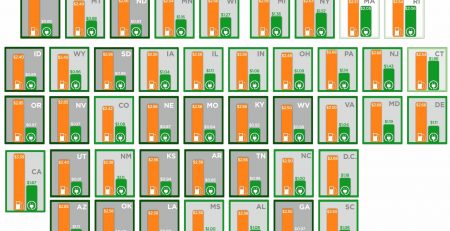 Spurred by new technology, concerns about the environment, and the rise of industry giants such as Tesla, electric vehicles (EVs) are making a big comeback as an alternative to... Read More

The risks posed to the traditional finance industry by fintech are considered to be some of the biggest threats banks face today with Fintech/Robots topping the list. Along with... Read More