Investing in equity stocks is risky and subject to the volatility of the markets. Investing in small and mid-size companies is riskier and more volatile than investing in large companies. The intrinsic value of the stocks in which the portfolio invests may never be recognized by the broader market. Ariel Focus Fund is a nondiversified fund and therefore may be subject to greater volatility than a more diversified investment.

In the fourth quarter of 2014, the U.S. stock market continued one recent pattern and broke another. The large-cap S&P 500 Index gained +4.93% and the small-cap Russell 2000 Index gained +9.73%. On an absolute level, it was a very strong quarter, which continues the pattern for fourth quarters since 2009: With only one exception in 2012, both indices have posted gains in the final three months of the year. In 2010, 2011 and 2013, at least one of the two had double-digit percentage returns, and the Russell 2000 was obviously tantalizingly close this year. On the other hand, it reversed the market-cap trend for 2014. In the first nine months of the year, the larger the market-cap range, the better the performance: Large beat mid, which beat smid, which topped small, which outdid micro. That order was essentially reversed in the fourth quarter.

The story was different overseas for the quarter and year. Specifically, international stocks retreated modestly over the recent 3- and 12-month periods. The MSCI EAFE Index gave up -3.53% in the quarter and -4.48% in 2014. Fears of a European downturn, recession in Japan and a global shock starting in China were the main culprits.
This quarter, Ariel Focus Fund gained +3.59%, behind the Russell 1000 Value Index’s +4.98% return, as well as the +4.93% rise of the S&P 500 Index.

Some of our holdings rose significantly for the quarter. Pharmacy retailer and benefits manager CVS Health Corp. (CVS) soared +21.41% on strong results. Its revenues climbed nearly 10% to outpace the Street’s estimate, and growth was good across its business segments. These results, combined with significant operating margin expansion, yielded earnings per share of $1.15, which topped analysts’ expectations of $1.13. We continue to think the company’s two-pronged approach to filling prescriptions is likely to work well over time. In addition, software giant Oracle Corp. (ORCL) jumped +17.84% as it posted solid results financially and showed good fundamental progress. Its revenues and earnings topped expectations, with earnings per share landing at $0.69—a penny better than the consensus estimate. More importantly, after struggling to gain footing in cloud computing, the company has made significant strides. The company continues to be deeply embedded in its customers’ businesses, making switching providers both costly and work-intensive.

Other holdings slid in the short term. Computing titan International Business Machines Corp. (IBM) dipped -14.91% as its gradual shift’s speed disappointed investors. The entire enterprise software industry must adjust to the cloud-computing environment, with some moving more quickly than others. Admittedly, IBM was more laggard than leader and is still in the early stages of the transformation. That said, the company has embraced the change and has a long history of managing through significant transformation. At this point, we think the crowd’s pessimism is far too harsh, as shares trade at a single-digit trailing price/earnings ratio. Also, natural resources exploration and production (E&P) company Apache Corp. (APA) retreated -33.01% as oil prices fell. As you know, oil prices dropped precipitously this quarter, from the high $80s to the low $50s in just three months. Investors tend to buy and sell E&P stocks in reaction to the volatility of the underlying commodities. We, on the other hand, believe the long-term value is more stable than the market suggests. Apache’s improved capital allocation strategy allows it to position itself opportunistically for the long term, which we think is a significant strength in this constantly shifting industry.

During the quarter, we did not add or exit any positions in Ariel Focus Fund.

Ariel Focus Fund: Change in outlook due to fundamentals

At Ariel we change our outlook due to fundamentals, not by turning calendar pages. So our outlooks from one January to the next have not differed a great deal lately. In our view, the fundamentals have remained fairly stable, and the same is true at the beginning of 2015. Regarding the U.S. economy and market, we remain confident and optimistic about U.S. growth and are only mildly cautious about valuation; this view is similar to the one we held as 2014 began. We are coming off a year of standard stock market performance, economic growth remains fairly slow and gradual, and a fair mix of optimism and pessimism pervades the investing crowd. Abroad, we think a bit more economic risk remains, but it is somewhat balanced by valuation. The big fears regarding Europe and China are indeed concerning to us: A recession for the European Union does seem likely, and the world’s most populous nation clearly has economic issues to settle. That said, foreign stocks retreated a bit this year, and valuations look lower around the globe than they are in the United States.

This commentary candidly discusses a number of individual companies. These opinions are current as of the date of this commentary but are subject to change. The information provided in this commentary does not provide information reasonably sufficient upon which to base an investment decision and should not be considered a recommendation to purchase or sell any particular security.

Russell® is a trademark of Russell Investment Group, which is the source and owner of the Russell Indexes’ trademarks, service marks and copyrights. The S&P 500® Index is the most widely accepted barometer of the market. It includes 500 blue chip, large-cap stocks, which together represent about 75% of the total U.S. equities market. The MSCI EAFE® Index is an unmanaged, market-weighted index of companies in developed markets, excluding the U.S. and Canada. The MSCI EAFE Index (gross) returns reflect the reinvestment of income and other earnings, including the maximum possible dividends. MSCI makes no express or implied warranties or representations and shall have no liability whatsoever with respect to any MSCI data contained herein. The MSCI data may not be further redistributed or used to create indices or financial products. This report is not approved or produced by MSCI. (Source: MSCI.)

Investors should consider carefully the investment objectives, risks, and charges and expenses before investing. For a current prospectus or summary prospectus which contains this and other information about the funds offered by Ariel Investment Trust, call us at 800-292-7435 or visit our website, arielinvestments.com. Please read the prospectus or summary prospectus carefully before investing. Distributed by Ariel Distributors LLC, a wholly owned subsidiary of Ariel Investments LLC.

Some proposed Fed reforms address "the criminal problem," but might not go far enough read more 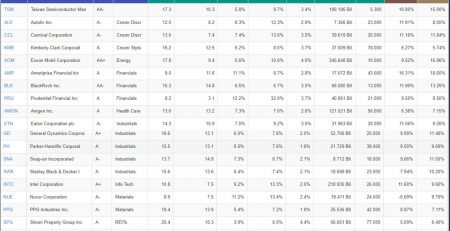 Introduction This current series of articles could be summarized as a review of ways to construct and diversify a common stock portfolio.  In part 1 found here I discussed various viewpoints... read more

Gary Cohn, President and COO of Goldman Sachs, joined Bloomberg Businessweek reporter Brad Stone for an interview on Bloomberg TV. He spoke about the company's investments in the technology... read more

This is part one of a multi-part interview with Anurag Sharma, author of a new book on value investing, Book of Value: The Fine Art of Investing Wisely. The... read more 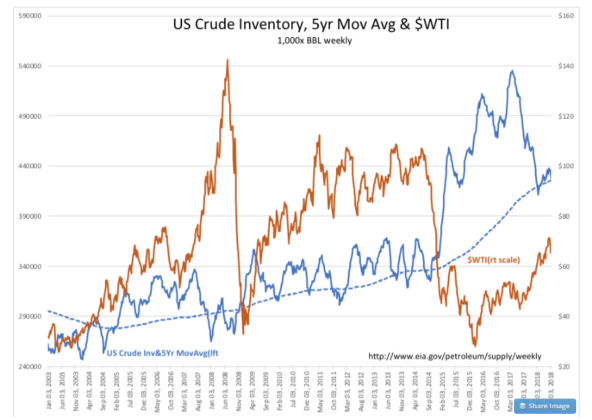