Oracle (U.S.) was the top contributor for the quarter, returning 18%.  Oracle’s share price continued its recovery after reporting solid results this quarter, which were better than investors had expected.  Over the past few months, we have spoken with both of the newly appointed CEOs (Safra Catz and Mark Hurd, who were promoted as Larry Ellison moves from CEO to Executive Chairman and Chief Technology Officer), and we remain comfortable with the company’s leadership, strategy and prospects. Additionally, we continue to be excited about Oracle’s transition to cloud-based services and its strong reported revenue growth of 45% year-over-year.  It was also reported during the quarter that Oracle and SAP reached an agreement on copyright infringement litigation, providing Oracle with $357 million in damages. We believe that Oracle is a solid investment that will reward shareholders into the future.

The largest detractor for the quarter was Apache (U.S.), a global oil and gas exploration and production company, falling 18%.  As with most oil and gas exploration companies, Apache’s share price is sometimes influenced by the direction of oil prices, which have fallen dramatically in recent months.  The weakness in oil prices enabled us to purchase the name for the portfolio during the quarter at what we believed to be an attractive price.  Apache has outlined a strategic plan to divest its nearly fully valued oil and gas assets and announced its intent to spin-off or sell all of its international assets and use the proceeds from these transactions for share repurchases.  In line with this plan, in December Apache announced a deal to sell two of its natural gas projects.  Although the price of the deal was a bit short of our estimates, we remain confident in management’s ability to divest fully valued assets and return proceeds to shareholders.   Furthermore, newly appointed COO John Christmann recently changed the company’s capital allocation process and implemented a system for ranking the internal rates of return on wells across North America that should ensure a more efficient use of capital. In addition, Christmann replaced the operating heads of each region, changing their compensation metrics to focus on returns, and he also put in place a new geoscience team, which he considers to be the “best in the business.” In our view, these improvements are strengthening Apache’s underlying value, and we believe the true quality of this company is currently under-appreciated by the market.

There was abundant trading activity during the quarter.  We sold our positions in Canon (Japan), Capital One Financial (U.S.), FedEx (U.S.) and Intel (U.S.); the positions were sold because they either approached our estimate of fair value or we identified other investments with what we believe is a better risk-return profile.  We purchased three new names during the quarter: Apache (discussed above); MasterCard, a global payment system company; and Samsung Electronics, South Korea’s top electronics company and world leader in semiconductors.

Geographically, 43% of the Fund’s holdings were invested in U.S.-domiciled companies as of December 31, while approximately 48% were allocated to equities in Europe, 5% in Japan and 4% in South Korea.

While the U.S. dollar appreciated versus many foreign currencies during the quarter, we continued to believe some currencies are overvalued.  As of quarter-end, approximately 25% of the Fund’s Swiss franc exposure was hedged.

We would like to thank our shareholders for continuing to support us and our value investing philosophy.  We wish you all a happy and prosperous new year!

As of 12/31/14, Oracle represented 5.6%, SAP 0%, Apache 4.8%, Canon 0%, Capital One Financial 0%, FedEx 0%, Intel 0%, MasterCard 3.4%, and Samsung Electronics 4.2% of the Oakmark Global Select Fund’s total net assets.  Portfolio holdings are subject to change without notice and are not intended as recommendations of individual stocks.

Because the Oakmark Global Select Fund is non-diversified, the performance of each holding will have a greater impact on the Fund’s total return, and may make the Fund’s returns more volatile than a more diversified fund.

This Unprecedented Credit Crisis Will Redefine How We Invest

In the past few years, I wrote a lot about the unprecedented credit crisis I foresee. I call it “The Great Reset.” Q1 hedge fund letters, conference, scoops etc DigitalMarketingAgency / Pixabay I... read more

Ray Dalio released a 30 minute video in English (and russian) about how the economic machine works. We have transcribed the entire video (in English) for your reading pleasure.... read more

The results of ValueWalk’s value screen for the week of 10/19/2015. Using data provided by Winvestor, the business analysis and stock valuation website; we’ve put together a proprietary value screen... read more 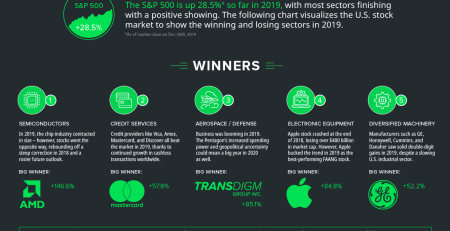 If you think back almost 12 months, you’ll remember that the markets opened the year with extreme levels of volatility. Q3 2019 hedge fund letters, conferences and more Stocks had just... read more

Investing Psychology: The Effects of Behavioral Finance on Investment Choice and Bias

Nice review and intro on this new book on behavioral finance Investing Psychology: The Effects of Behavioral Finance on Investment Choice and Bias  In a recent (very nice) review the writer... read more

My Background As A Value Investor – Adrian Saville

My Background As A Value Investor - Adrian Saville read more