Our Composite (net-of-fees) gained +5.21% during the fourth quarter of 2014. This gain is in line with both the gains in the Standard & Poor’s 500 Index of +4.93% and the gain of +4.78% in the Russell 1000 Growth Index. The fourth quarter was the eighth quarter in a row of positive gains in the S&P 500 Index, and 9 out of the past 10. The last negative  quarter in the stock market was back in the fourth quarter of 2012. That decline was just -.38%. The S&P 500 Index did decline during the second quarter in 2012, but    only a piddling decline of -2.75%. The last meaningful quarterly decline in the stock market was registered in the third quarter of 2011 when the S&P 500 Index fell nearly -14%. Said another way, the U.S. stock market has been straight up for 13 quarters – a streak nearly unmatched in the annals of stock market history. In addition, as if the tripling in the S&P 500 Index during the Great Bull Market was not enough for investors, the gain in average (or “median”) stock (Value Line Arithmetic Index) has been  more than +75% greater than the capitalization-weighted S&P 500 * or nearly five-fold over the course of the Great Bull Market. (See chart of P/CF of median stock on top of page 10.) Lastly, as this Letter is being written, Mr. Market has awoken from his 2014-volatility slumber. According to Investech, there were only 32 days in 2014 with daily moves of 1% – and only a
single trading with a 2% move. As sober reminder, 2008 had 72 2% days and 2009 had 45.

Mr. Market did however serve up a minor correction during the past fourth quarter, but Mr. Wizard of Oz-Fed made sure that the -10% decline was both short-lived-and reversed in short order. Recall that in our last Letter we welcomed the decline in October and had hoped that it would last long enough for us to grab some long-awaited bargains. We wrote last October 15, “…our investment-process pencils are fully sharpened as such emerging opportunities hopefully become fatter pitches.” However, investors have come to learn (far too many in Palovian fashion, in our opinion) that the Federal Reserve will not, by policy dictate, abide deflation, abide unemployment rates over 6% – and abide any double-digit declines in the stock market. Alas, the very next day, on the 16th, the St. Louis Fed President James Bullard promised to spike the Fed’s already historic-sized punch bowl-balance sheet with these market-moving comments:

“When there is a mismatch between what the central bank is thinking and the market is thinking, that sometimes doesn’t end well, because there can be a surprise later on.”

“The markets are making a mistake” and expect the Fed to maintain its ultra-easy policy stance longer than Fed officials themselves currently expect. When it comes to these expectations I would prefer that those be better aligned than they are.”

“We should act on good news. We’ve got a pretty good performing economy. We should be willing to remove some accommodation. “It would be better to get this process started and not wait too long,”

“U.S. macroeconomic fundamentals remain strong” and his forecast for 3% annualized growth in the second half of 2014?remains intact.”

“Inflation expectations are dropping in the U.S., and that is something that a central bank cannot abide,”

“We could just end the program in December. But if the market’s right and this is portending something more serious for the U.S. economy, then the committee would have an option of ramping up QE at that point.”

Since Bullard’s comments on October 16, the S&P 500 has rapidly gained nearly +14% by the end of December. Fed full-valuation policy mission accomplished.

During the quarter we trimmed positions in Apple, Perrigo and Berkshire Hathaway due to valuation. We also trimmed EMC, as the company’s growth prospects are not robust enough to warrant a higher portfolio weighting. We added to our position of Qualcomm in the quarter on improved prospective risk-reward on respective share-price declines. Core Laboratories was a new addition to the portfolio during the quarter. Core Labs is an oil service company specializing in core and fluids analysis of oil fields. Given the pull back in the energy sector during the quarter, we saw all of our energy names trade down in sympathy. This not only allowed us the buying opportunity of Core Labs that we have been waiting for since we started following the Company in 2011, but it also allowed us to increase our existing positions in National-Oilwell  Varco and Schlumberger,as we fully expect these oil service companies to sustain their competitive advantage during the current turbulence in the oil market-and maintain their respective long term growth and profitability we expect to see in our businesses.

The U.S government has announced that the nation's gas supplies were up last week to 3.261 trillion cubic feet, from 3.241 trillion reported a week before. The week of August 10,... read more

The truth is known to many inside the financial services industry. Government officials are known to frequent elite conferences and occasionally mingle with participants at select after parties. But... read more 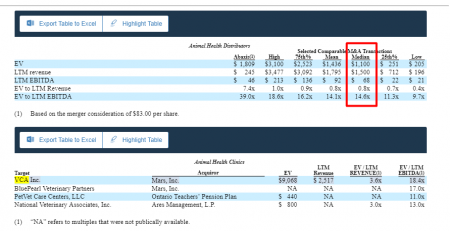 The Year of the IPO continues! We wrote about the parallels between Pinterest and early Facebook, we did an extensive Slack S-1 read-through, and we highlighted what Uber and... read more

US markets are shapely lower on Wednesday morning because of a disappointing Spanish bond auction which gave traders the feeling that Europe’s debt crisis could be starting to get... read more