RV Capital letter to co-investors for the period ended December 2014.

Business Owner TGV vs. the DAX

The best way to track the development of the fund is to follow the earnings performance of the underlying investments, not the year-to-year change in the fund price. I will report on how our companies got on in my half-yearly letter.

In the second half, I added one new company to the portfolio: the US-based Credit Acceptance Corporation (“CAC”).

I am frequently asked how I come across new ideas. One way is through a network of like-minded investors. In this particular case, Matthias Riechert, an emerging manager based in London, pointed out CAC to me. Thank you, Matthias.

When I invest in a company, I like to be able to explain it to my children in a single sentence. In this case, a single sentence might read: “CAC provides financing to subprime borrowers for the purchase of a used car”. Whilst true, this does nothing to capture the magic of the business.

So, in several sentences, where is the magic?

CAC does many things differently than traditional lenders. Most importantly in my view, it requires the car dealer to participate in the risk of the consumer loan. Upon sale of the
car to the consumer, the dealer receives an upfront payment from CAC. Including the down payment from the customer, the dealer earns a modest profit at the time the loan is originated. CAC splits the collections on the loan with the dealer with the dealer’s share of the collections first used to repay the amount received from CAC at loan origination. After this amount has been repaid to CAC, the dealer continues to receive his share of the collections which is called “dealer holdback”. As a result, to maximize the dealer’s profit, the consumer must repay the loan.

At first glance, it makes little sense to require the dealer to co-underwrite a loan. How can he know if a consumer is a good risk or not? However on closer inspection, it subtly changes incentives. In so doing, it sets off a wonderful win-win situation for all three parties concerned: the consumer, the dealer, and CAC.

The three main reasons a subprime borrower defaults on a loan are a) he cannot afford it, b) the car breaks down (in which case he cannot get to work), or c) he loses his job. The latter – unemployment – correlates closely with the economy and is beyond anyone’s control. However, the dealer can influence the first two: by putting the consumer in a car he can afford and by making sure the car is not a lemon.

Notice how this inverts the traditional role of the used car salesperson: to persuade the consumer to trade up to something fancier and to get rid of his lowest quality inventory.
The approach creates a win for the customer as she gets a decent car she can afford, a win for the dealer as he is able to make a sale he might otherwise miss out on, and a win for CAC as it is able to generate profitable business with a customer other lenders are unable to address economically.

There is also a win for CAC which goes beyond the purely financial. CAC is a purpose-driven company. Don Foss, the Company’s founder, set up CAC based on his belief that many people who need a car, but do not have access to traditional financing, deserve a second chance. By extending financing to them, CAC gives them a chance to purchase a car and rebuild their credit score by making timely payments. The Company’s motto is “We change lives”.

According to Preqin, the third quarter of 2014 represents the best quarter for Commodity Trading Advisor (CTA) funds since Q4 2010. Returns of 5.52% in Q3 on top of... read more

According to Preqin, the 570 firms that make up the $1bn Club, hedge fund managers that have amassed at least $1bn in assets, now control $2.78tn in assets out... read more

NYU Stern is pleased to present the fourth issue of EVALUATION, NYU Stern’s student-run investment newsletter. For this issue they elected to focus on an area of the private markets that is... read more 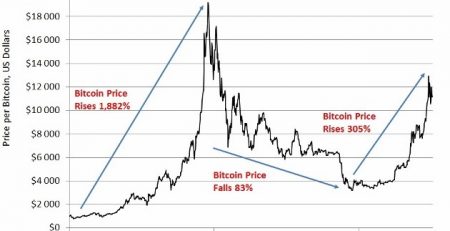 I’m a safe income guy always on the hunt for the safest and most stable dividend-paying stocks. Q2 hedge fund letters, conference, scoops etc And I can tell you one thing. There’s... read more

This is part one of a two-part interview with Ben Struble of Strubel Investment Management, part of ValueWalk’s exclusive interview series. Throughout this series, we are publishing weekly interviews... read more

Recession Risk is the big question these days .... The U.S. is currently experiencing a recession on the industrial side, and the MSRISK suggests that the risk of a... read more

In 2008, on the eve of the Great Economic Recession, world economic policymakers were overly complacent about the global economic outlook. That left them totally unprepared for the economic... read more