The Asia-Pacific hedge fund industry reached $145bn in assets under management at the end of 2014, up from $112bn as of December 2013. Preqin has analyzed the growth of this market within the global hedge fund community in our latest report, and other key findings include:

Asia-Pacific as a destination for hedge fund management has been expanding rapidly over the past few years; over 2014 alone industry assets in the region grew by almost 30%. Much of this growth has been driven by the growing base of institutional investors in the region, from large sovereign wealth funds through to small local pension schemes, that have increasingly begun to turn to hedge funds to help meet portfolio liabilities and long-term investment objectives. Recent regulatory reforms that have swept across the region have enabled both fund managers and investors alike to ramp up their activity in the hedge fund space, and this rapid growth is expected to continue over the next few years as more regions for hedge fund activity emerge within Asia-Pacific.

In this report we look at the state of the hedge fund industry in Asia-Pacific by examining both local funds and those from beyond its shores investing in the region. We also take a closer look at investors from Asia-Pacific using data taken from Preqin’s award-winning Hedge Fund Investor Profiles online service and the results of investor interviews carried out at the end of 2014.

Asia-Pacific, as a centre for hedge funds, is expanding rapidly. Australia, Singapore and Hong Kong lead the way as the principal financial centres in the region; however, new regions for hedge fund investment have emerged over the past five years as a result of a changing economic and regulatory landscape. In this section we examine the industry within Asia-Pacific, and take a closer look at hedge funds located outside its borders but with a focus on investment in the region.

Hong Kong, Australia and Singapore Are the Established Centres for Hedge Funds in Asia-Pacific

Fig. 2, taken from the 2015 Preqin Global Hedge Fund Report, shows the leading 10 countries globally in terms of the assets under management of the hedge funds based in that region. Three countries within Asia-Pacific – Hong Kong, Australia and Singapore – are in this group of leading locations for hedge fund management, with Hong Kong representing the larger amount of assets ($61bn). In fact, the combined assets of the funds within Singapore, Australia and Hong Kong represent 87% of all assets in Asia-Pacific-based hedge funds. The largest hedge fund manager in the region, Platinum Asset Management, is based in Australia (Fig. 4). In fact, nine of the 10 largest fund managers in Asia-Pacific are based in either Singapore, Hong Kong or Australia.

Fig. 8 shows the number of funds launched each year with a focus on Asia-Pacific. The region showed significant growth as a destination for hedge fund investment from 2005, reaching a high of 186 Asia-Pacific-focused fund launches in 2010. The number of fund launches with a focus on the region fell in 2013 and 2014; this is a trend that has been seen on a global basis, with fewer funds being launched in these years than at the start of the decade (please see the 2015 Preqin Global Hedge Fund Report for more details). Until 2005, it was predominantly funds from outside Asia- Pacific that were launched to focus on the region; however, from this year onwards, there was a rapid proliferation of funds based in the region investing in local markets. In 2004, 47% of all Asia-Pacific-focused hedge funds launched were managed by Asia-Pacific-based managers; this share jumped to 74% in 2014.

Fig. 10 shows the rolling 12-month returns of hedge funds based on the regional focus of the fund. Asia-Pacific-focused hedge funds outperformed hedge funds focused on other regions for the years ending December 2013 and December 2014. The impact of the US Federal Reserve beginning tapering its QE programme in December 2013 led to some of the drop in performance at the start of 2014, as currencies and stock markets in emerging markets fell steeply as investors prepared for US interest rates to rise, but markets subsequently rebounded as interest rates stayed low. Equity markets in countries within Asia-Pacific such as India and China led to stronger performance at the end of 2014. One example of such a fund is the Alchemy India Long-Term Fund, managed by Singapore-based Alchemy Investment Management which produced a 60.60% net return for the year 2014 and has a 12-months trailing Sharpe ratio of 2.87 (Fig. 14).

The higher returns of Asia-Pacific funds have, for most of the past five years, been accompanied by increased volatility (Fig. 11). However, the volatility of Asia-Pacific-focused hedge funds has decreased significantly since November 2013, and as of January 2015, it has become the category with the least volatility. As a result of smaller fl uctuations in performance over 2014, compared to other regions globally, the 12-month volatility for Asia-Pacific-focused hedge funds stands at 2.76% (31 January 2015). As markets within the region continue to mature, and if fund managers are able to successfully produce robust and consistent returns, investors which may remain cautious about investment in Asia-Pacifi c, due to concerns about risk, may start to look at these funds in greater numbers for their ability to meet portfolio objectives over long time frames.

When looking at hedge fund returns on a risk-adjusted basis, we can see that Asia-Pacifi c-focused funds typically had a lower Sharpe ratio than all hedge funds as a whole until October 2014 (Fig. 12). The combined effect of stronger performance over most timeframes, and a drop in the amount of volatility exhibited by funds in the region, has led to Asia-Pacific-based funds, managed by fund managers located in the region, moving ahead of their all hedge funds counterparts, in terms of Sharpe ratio, since the end
of 2014.

When looking at risk-adjusted returns, funds that focus on Asia-Pacific, that are run by managers from beyond its borders, have shown a divergence in terms of rolling three-year Sharpe ratio since the middle of 2013 from fund managers investing in Asia-Pacific that are also based there (Fig. 12). This suggests that Asia-Pacific-based managers are best placed to generate strong returns, on a risk-adjusted basis, amid burgeoning markets caused by regional economic developments.

Interest in Asia-Pacific as a destination for investment has been growing in recent years, with both investors and fund managers within the region and beyond seeing profitable trading opportunities there.

A favourable macro environment, increased options for investment, as well as countries such as Japan, China and India implementing expansionary fiscal and monetary policies in order to jump start economic growth, has led to increased opportunities and appetite for fund managers to launch funds focused on the Asia-Pacific region.

Preqin’s data shows that funds investing in Asia-Pacific have been able to generate returns above the Preqin-All Strategies Hedge Fund benchmark over recent years. Fund managers based in Asia-Pacific’s borders have been particularly successful, and the local knowledge of the markets in the region has enabled them to generate both higher returns, and better risk-adjusted returns, than their counterparts investing from beyond the region.

Within Asia-Pacific there is a diverse range of institutional investors actively investing in hedge funds, from large sovereign wealth funds such as China Investment Corporation investing billions of dollars in the asset class through to small family offices and investment companies. Using data taken from Preqin’s Hedge Fund Investor Profiles database, we present some key facts about institutional investors based in Asia-Pacific, from who these investors are and where they are based, through to their allocation to the asset class and investment plans for 2015.

At the end of 2014, Preqin interviewed over 150 institutional investors globally to find out more about their views on how hedge funds have performed in 2014 and their outlook for 2015. In this section, which contrasts the results of this study, published in the 2015 Preqin Global Hedge Fund Report, with our interviews with Asia-Pacific-based investors, Preqin examines in more detail how far hedge funds met expectations in 2014, investor attitudes towards regulation and what these investors look for in fund managers in 2015.

One in two Asia-Pacific-based investors indicated that their hedge fund investments had met their expectations (Fig. 20). However, a large proportion (43%) of investors based in Asia-Pacific stated that their investments in the asset class had fallen short of their expectations, a higher percentage than among investors globally (34%). With Asia-Pacific-focused funds outperforming their global peers in 2014, and many investors in the region investing locally, this could indicate that Asia-Pacific-based investors are looking for higher absolute returns from their hedge funds than other investors globally. Preqin’s performance benchmarks for Asia-Pacific focused hedge funds show that these funds returned 12.7% and 18.11% in 2012 and 2013 respectively. In contrast, similar funds produced 6.01% in 2014; this relatively poor performance has not gone unnoticed by investors.

Despite this, only a relatively small proportion of investors (14%) indicated that their confidence in hedge funds to meet portfolio expectations had decreased following a year of what many investors deemed unsatisfactory performance.

Investor sentiment towards hedge funds remains largely unchanged and over the course of 2015, Asia-Pacific-based institutions look set to put more money to work in the asset class. Eighty-two percent of investors in the region indicated to Preqin that they will either maintain or increase their current level of investment in the asset class. Despite this encouraging sign of interest from the region, investors retain a cautious outlook going forwards. The risk profile of a fund was most often cited as the key factor for Asia-Pacific investors when looking for a new fund, with the majority of investors (69%) considering it a significant factor (Fig. 21). Second to risk profile, returns, liquidity and fees were all cited as equally important factors when assessing new opportunities.

When Gerard LaRocca, a senior bank executive at Barclays Capital reviewed the Lehman Brothers bank account at JPMorgan on September 23, 2008 he noticed something odd. $7 billion from... Read More

The 34 Best Investment Quotes: Wisdom From Buffett & Beyond

This article surveys the best quotes from the world’s best investors. Below we have included 34 quotes that can help you both simplify and better visualize your investing goals. Q3... Read More 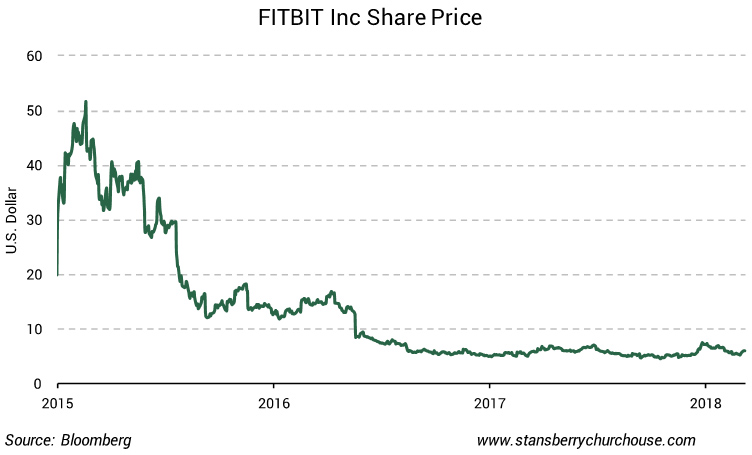 Investing isn’t difficult. So why does almost everyone wind up losing money in the stock market? [REITs] Q2 hedge fund letters, conference, scoops etc No one ever buys a stock they think... Read More

What happens when investment performance of two seemingly similar fund managers are combined? Can 1 + 1 = 3? Read More