Contrary to calls for the demise of hedge fund investments in the wake of the Calipers decision to pull out of hedge funds, asset flows into hedge funds are growing significantly in early 2015 with managed futures CTAs among the leaders, a report from Lyxor Asset Management says.

The buoyant performance of hedge funds, with the Lyxor Hedge Fund index up 2.4 percent year to date, “continues unabated,” the report from the Lyxor research team noted, as they observed several patterns persisting as happens with a good trend.

Rebounds in treasury yields and energy prices are helping global macro funds while mid-term to longer term momentum-based CTAs are predictably having difficulty as price persistence gives way to indecisive market environments. Macro managers are short duration on the yield curve, the Lyxor report noted, and slightly long energy, which is the opposite positioning of many of the CTAs.

In Europe, hedge funds that gathered the majority of assets included multi strategy, market neutral equity funds and managed futures CTAs. The renewed investor appetite for CTAs comes in sharp and odd contrast to 2014, when the mathematically driven investment methodology actually saw asset withdrawals during one of the best market environments of a decade.

On a going forward basis, Lyxor, like other hedge fund managers, is looking for a September 2015 rate hike from the Federal Reserve and remains positive on event driven hedge funds in light of a dovish Fed. Continued deal making and deal spread tightening are also benefiting such funds while global macro funds are likely to benefit from a rally in European equities, a rising U.S. dollar and short duration positions on U.S. rates, the letter noted.

In the CTA space, Lyxor likes short- and mid-term time horizon CTAs relative to long term CTAs, nothing that long term CTAs are still short energy and long U.S. Treasuries. In equities Lyxor likes long / short, market neutral and systematic funds in Europe and Asia, while in the U.S. sector specialists and variable basis funds are preferred over less attractive long only variety.

Third generation great investor, Chris Davis, shares the investment lessons passed on from his grandfather and father at The Davis Funds including the key concepts of owning businesses not... read more

Yahoo! Inc. (NASDAQ:YHOO)  announced this morning that they have partnered with CNBC to bring a more updated look to their Yahoo Finance page, which will now feature CNBC articles... read more

How Pat Dorsey Is Moving Beyond Economic Moats

Before Pat Dorsey started his own investment firm, Dorsey Asset Management, he spent over a decade at Morningstar building the equity research group from ten to over 100 analysts... read more

As Judge Henry Boroff appears to be inclined to release as many confidential documents as possible in the GT Advanced Technologies Inc (NASDAQ:GTAT) bankruptcy trial, GTAT has delayed a challenge to a... read more 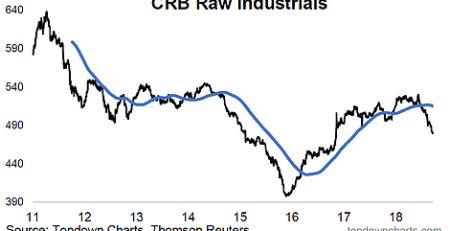 Chart: The Crunch In Commodities – What Does It Mean?

Here's another stand out chart from my chart packs - it's the CRB raw industrials index, which as you might guess is a price index constructed from a basket... read more 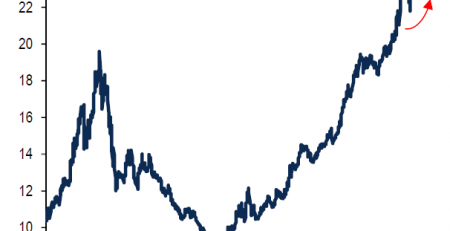 Investors Are Tactically Bullish But Positionally Bearish As All Eyes Are On Credit, Consumer And China: BAML

Investor flows are starting to shift further into defensive positioning, but we’re also seeing some seemingly conflicting moves within the markets. One firm suggests China is the only one... read more