B. Weight Watchers (WTW) – update and why not a melting ice cube

In the investing world, a melting ice cube is any investment vehicle whose value is expected to decline over time. The term is usually applied to stocks, but a prime example is a bond with a fixed interest rate that also pays off some portion of the principle annually. The value of the bond will decline each year as the principle is paid down, reducing future annual interest payments, until the full principle is paid off. An annuity is another example. While the individual might receive payments for a lifetime, it will be worth a little less each year as the individual ages and his expected remaining lifespan declines (assuming no advances in medicine prolonging his life longer than originally anticipated).

Declining value might sound unappealing. You would likely be less inclined to rush out and buy a new home if you knew its value would decline each year. Yet many people invest in bonds and annuities. The obvious reason is that the cash flows received over the life of the bond or annuity are expected to be higher than the original cash outlay for those investment vehicles and at an acceptable rate of return.

Since businesses have existed, industries have been born, grown, matured, and then declined to oblivion as new industries were born that rendered the original industry obsolete. Not every industry can be replaced – the look and feel of banking today would be recognized by Giovanni de Medici were he transported from the 14th century. Also, often old industries take a long time to die – many businesses still use fax machines.

Every few hundred years, a disruption allows for a wave of new industries killing old ones. The industrial revolution is the perfect example as its name implies. The advent of machines and manufacturing techniques replaced hand production methods. For instance, the Spinning Jenny destroyed the home sewing business that was the primary method for textiles. Fast forward to the modern age of computing and the internet, which has seen the disruption of many businesses. Encyclopedia Britannica and Kodak are two prime examples of business destroyed by new technology – though those darn fax machines are still holding on.

I have mentioned fax machines twice as it is the image of a melting ice cube. It is not suffering a quick death but instead a slow and steady decline. Fax machines should theoretically have died instantly with the wide adoption of the internet in the late 90’s, but it was and continues to be too ingrained in the processes of the many businesses that existed before the internet. Change often takes time. A proprietor who sells and services fax machines for a living is well past the years of caviar dreams and champagne wishes. However, if the business is appropriately sized and well run, it continues to earn a profit even today. His revenue and profit will undoubtedly continue to decline, but at a steady pace. If you bought the business cheaply enough today, you could likely earn a reasonable rate of return on the remaining profits you receive until the business eventually is put out to pasture.

As the U.S. Department of Justice ramps up its efforts to hold corporate white collar law breakers to account, legislation is currently weaving its way through Congress that would... read more

Liberty Global Inc. (NASDAQ:LBTYA) (NASDAQ:LBTYB), the holding company of  Liberty Media Corp (NASDAQ:LMCAD) is in talks to buy U.K.'s Virgin Media Inc. (NASDAQ:VMED), in a deal that will give... read more 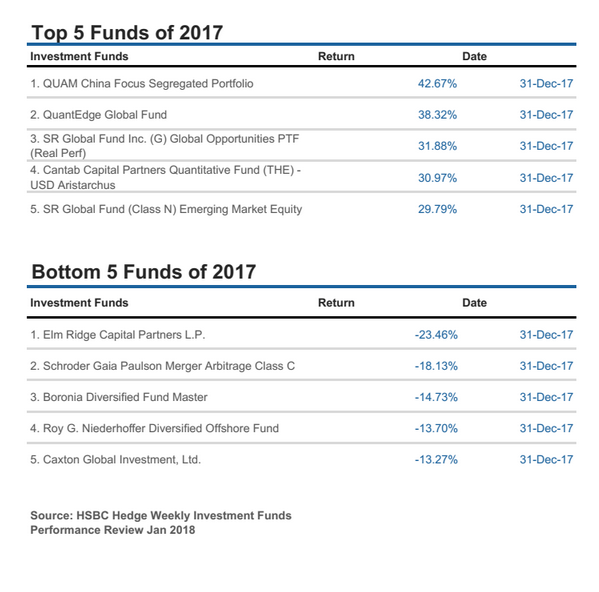 Global Allocation Fund commentary for the month ended December 31, 2017. Get Our Activist Investing Case Study! Get the entire 10-part series on our in-depth study on activist investing in PDF.... read more

Following the Malaysian ringgit plunging below RM4/USD, concerns that Bank Negara Malaysia may re-introduce capital controls are resurfacing, and the analysts at BofAML argue one can no longer rule... read more

Given the string of political events in the next few months, weakness in the CNY against the USD and the CFETS trade-weighted basket will persist, believe DB analysts. Perry Kojodjojo... read more

Growth in the manufacturing sector of the US slowed last month after the sector showed gains the past three consecutive months. This is yet another sign of a slow... read more