This paper is the first academic endeavor to analyze the efficacy and transparency of current stock ownership policies (SOPs) in U.S. public firms. SOPs generally require managers to hold some of their firms’ stock for the long term. Following the 2008 financial crisis, firms universally adopted these policies and cited them more than any other policy as a key element in their mitigation of risk. However, my analysis of the current stock ownership policies of S&P 500 CEOs disputes what firms claim about these policies. First, I find that SOPs are extremely ineffectual in making CEOs hold on to their firm’s stock; this is because the way these policies function generally allows CEOs to immediately unload virtually all the stock they own. Second, I show that firms camouflage this weakness in their public filings. I explain why my findings are troubling, and I propose a regulatory reform to make SOPs transparent. Transparency can be expected to push boards and shareholders to improve the actual content of these policies.

Since the 2008–09 financial crisis, regulators, firms, investors, and practitioners around the world have been trying to ensure that executive pay arrangements in public firms discourage managers from taking excessive risks and pursuing short-term gains at the expense of long-term value.1 In particular, shareholders have pushed firms to adopt stock ownership policies (SOPs), which require senior executives and directors to hold a minimum dollar value of their firms’ stock until retirement and, in some cases, thereafter. In addition to shareholder pressure to adopt SOPs, the federal government has prescribed strict stock ownership policies for some firms, prominent public officials have emphasized the importance of SOPs, business leaders have stressed the need for them, and proxy-voting firms have rewarded firms for adopting them. As a result, the prevalence of SOPs reached an all-time high of 95% among the top 250 U.S. public firms in 2013.

Firms have adopted stock ownership policies and held them to attain very important goals. One such goal is to align the interests of managers with those of their long-term shareholders. When SOPs tie managers’ personal wealth to their firms’ long-term value, managers have greater incentives to maximize such value. Empirical studies support this view and show that when management ownership rises in widely held firms, firm value increases significantly. Consistent with this theory, in a response to Facebook cofounder and CEO Mark Zuckerberg’s announcement on September 4, 2012, that he would keep his Facebook stock for at least until the next year, Facebook’s stock price rose by 5%.

Second, because firms claim that their stock ownership policies discourage excessive risk taking, they commonly cite those policies as a key element in their mitigation of risk. The theory is that without SOPs managers might have incentives to elevate the firm’s risk and increase stock price volatility. Such managers expect to profit from the higher volatility in stock price by pocketing greater amounts if they hold on to their stock while the price increases and to avoid losses by quickly selling their stock before the price plummets.

Third, firms hold their SOPs to discourage managers from sacrificing the long term for the short term. Without SOPs, managers might be tempted to take actions that would boost the stock price in the short term, even if those actions would pile up latent and excessive risk of an implosion later on. They might do so if they could unload their stock before such an implosion occurs. Even if they do not know if or when such an implosion will actually occur, they might still take such a strategy if they can gradually sell enough stock, thereby protecting themselves from a possible future collapse. A 2010 study suggests that such incentives played a role in the risk-taking decisions of the top five executives at Bear Stearns and Lehman Brothers during the years preceding their firms’ meltdowns in 2008. stock ownership policies are expected to discourage managers from taking such actions by limiting managers’ ability to sell their stock.

In addition to what firms claim about their stock ownership policies, these policies should fulfill an important function by tying pay to performance. Without effective SOPs, CEOs who have performed poorly may nevertheless earn a salary that is not commensurate with their performance. They might even generate profits by taking excessive risks.

Kinder Morgan Energy Partners LP (NYSE:KMP) will continue to launch oil pipeline expansions after the company got several commitments from Asian customers.  Under the new plans, Kinder Morgan will be... read more 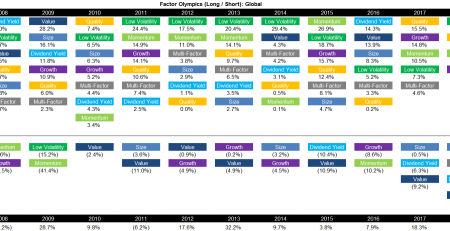 And the Winner is… Get The Full Series in PDF Get the entire 10-part series on Charlie Munger in PDF. Save it to your desktop, read it on your tablet, or... read more

Yahoo Finance posed a  line of questions to Patrick Wolff, chief investment officer at Grandmaster Capital, on the sidelines of the Berkshire Hathaway (BRK-A, BRK-B) shareholder meeting in Omaha, where... read more

Hedge fund manager David Winters is concerned the compensation plan Coca-Cola awarded itself – against Winter’s urging – might trigger a change-of-control provision that could result in immediate vesting... read more