David Einhorn was invited to Grant’s Investment Conference below is the presentation titled, “Zero Bound Odyssey: A Place Where No Policy Has Gone Before.”

Jim, thank you for inviting me back. Though I have been a paid up subscriber for decades, I am now quite worried about your franchise. You see, a number of years ago, I heard you quip that bonds constitute “return?free risk”, but back then they still had some yield.

Today, in parts of the world, rates are zero or even negative, which makes the title “Grant’s Interest Rate Observer” a paradox. How do you observe interest rates when they have ceased to exist? You may have to re?think your brand.

I last spoke here three years ago and talked about what I dubbed the Fed’s Jelly Donut monetary policy. I observed that accommodative policy has diminishing returns that had long?since passed the point of being productive and was now actually slowing the recovery. I compared it to eating a 36th Jelly Donut.

By keeping rates too low, the Fed sought to create a stock market wealth effect. I suggested that while this would increase income inequality, the wealth effect would not likely translate to enough additional consumption to offset the even bigger drain from lost income to savers.

In a recent blog post, Mr. Bernanke wrote: “the best way to improve the returns attainable by savers was to do what the Fed actually did: keep rates low, so that the economy could recover and more quickly reach the point of producing healthier investment returns.”

This is circular reasoning: He is assuming that which he seeks to prove, namely that ultralow rates actually help the economy. But, that is the open question.

A quick look at the household balance sheet shows about $10 trillion held in short?term rate?sensitive instruments like savings accounts and money markets.

Most household liabilities are fixed?rate mortgages, where payments are unaffected by rate changes. Consumer credit is $3 trillion, some of which is also fixed. I estimate households have about $7 trillion in exposure to short?term interest rates, so a 1% change in rates adds about $70 billion to annual income.

Leaders of some of the world’s biggest organizations share which books will keep them occupied in the weeks ahead. Bill Gates Told New Grads To Read The Better Angels Of... Read More

Christopher Geczy, University of Pennsylvania - The Wharton School, Finance Department and Mikhail Samonov OctoQuant.com are out with a new report titled 212 Years of Price Momentum (The World's... Read More 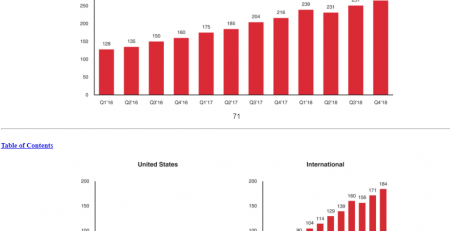