Authorized for distribution by Bernardin Akitoby

This paper investigates the empirical characteristics of income inequality in China and a panel of BRIC+ countries over the period 1980–2013, with a focus on the redistributive contribution of fiscal policy. Using instrumental variable techniques to deal with potential endogeneity, we find evidence supporting the hypothesis of the existence of a Kuznets curve—an inverted Ushaped relationship between income inequality and economic development—in China and the panel of BRIC+ countries. In the case of China, the empirical results indicate that government spending and taxation have opposing effects on income inequality. While government spending appears to have a worsening impact, taxation improves income distribution. Even though the redistributive effect of fiscal policy in China appears to be stronger than what we identify in the BRIC+ panel, it is not large enough to compensate for the adverse impact of other influential factors.

China represents an important case to analyze the long-term evolution of household income inequality. Since the first wave of economic liberalization in the late 1970s, China has grown at an astonishing rate of almost 10 percent per year, raising 660 million people out of poverty. Per capita income increased from $320 in 1980 to about $5,500 in 2012, and the number of people living on less than $1.25 a day declined from 85 percent of the population in 1980 to 11 percent by 2012, according to the World Bank. But the fruits of the transition from a system of centrally planned socialism to a market-oriented economy are not being widely shared across the society. Income inequality—as measured by the Gini coefficient for pre-tax market income—has exhibited an increasing trend from 0.28 in 1980 to 0.44 in 2000 and 0.52 by 2013. There is also significant within-China variation in income inequality at the regional level. This widening in the gap between rich and poor shows China’s transition from a relatively egalitarian society to one of the most unequal countries in the world.1

The sharp increase in income inequality over the past three decades appears to be a result of China’s investment and export-led development model.2 The growth incidence curve—the extent to which each quintile of households benefits from growth in real terms-indicates a cumulative increase of 331 percent for the lowest-income quintile between 1980 and 2012, but 1,042 percent for the highest-income quintile. As a result, the top quintile now captures 47 percent of total income (up from 38 percent in 1980), while the lowest quintile accounts for only 4.7 percent (down from 8.7 percent).3 In other words, China’s widening income inequality is largely a reflection of faster income growth among the rich, rather than stagnant living standards among the poor. The Chinese economic reform (gaige kaifang) started in 1978 by decollectivizing agricultural land and allocating to individual households and then expanded in the early 1980s to industrial development in coastal urban areas with greater openness to international trade and finance. This reform strategy implied aiming for high aggregate growth rates at the expense of an increase in income inequality.4 There is, however, mounting evidence that income disparities become detrimental to economic growth over the long term, with significant social consequences, especially in a country like China aiming to move beyond the “middle income” status. Berg and Ostry (2011), among others, show that income inequality is a key determinant of the pace and sustainability of economic growth, even after taking into account other economic and institutional factors.

Income distribution depends on a complex array of factors including the design of fiscal policy instruments. In the case of China, according to the Standardized World Income Inequality Database (SWIID), the Gini coefficient market income (before taxes and transfers) increased by 82 percent between 1980 and 2013, whereas the net Gini coefficient (after taxes and transfers) increased by 90 percent (Figure 1). This indicates erosion in the redistributive impact of fiscal policy. While fiscal redistribution—defined as the difference between market and net Gini coefficients—amounted to an average of 1.7 Gini-index points in the 1990s, it turned negative with an average of 1.1 Gini-index points over the period from 2000 to 2013.

Fiscal policy, however, can matter not just for redistribution (defined as the difference between market and net Gini coefficients), but also for market income inequality. This is of course a function of the level and composition of taxation and spending as well as their distribution across income groups. The distribution of taxes in China, for example, remains regressive, with taxes accounting for 10.8 percent of annual income among the bottom decile households (and 13.3 percent among the bottom five percent) compared with 8.7 percent among the top decile households.

So what do you think? Are you enthused, impressed, and a believer?   Read Fortune She is out for blood Theranos First Read The New Yorker Blood Simpler Get The... read more

Juan Matienzo: Why Most Investors Dislike Net Nets (And Why You Shouldn't) read more

Sources of Value Destruction in Acquisitions by Entrenched Managers Prior work has established that entrenched managers make value-decreasing acquisitions. In this study, we ask how exactly they destroy that value.... read more

Private equity funds raised a total of $345bn in 2016, on par with the post-Global Financial Crisis record. Half of all funds closed exceeded their target size, with the... read more

Kyle Bass On Potential War Between Japan And China

Via Steven Drobny Drobny Capital, author of Inside the House of Money: Top Hedge Fund Traders on Profiting in the Global Markets H/T Mebane Faber Kyle Bass lived in relative obscurity until 2007, when he burst... read more 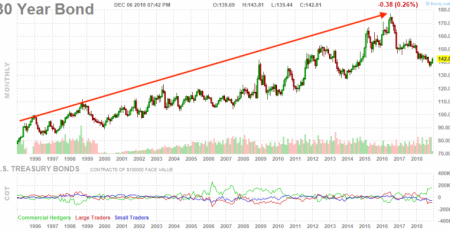 Boomers Behaving Badly: A Better Solution To The 'Money Death' Problem Brandes Institute Brandes Investment Partners January 2012 Abstract: In the United States and in several other wealthy countries, the demographic and... read more

Hedge funds like a short bunds play, but are expressing their play through a relative value play read more