Following two straight years of positive quarterly returns, the S&P 500 Index extended its streak to nine consecutive positive quarters by eking out a gain of 0.95% in the first quarter of 2015. In fact, the S&P 500 has not experienced a quarterly decline since the fourth quarter of 2012. A string this impressive has not been seen since the mid-1990s when the broad market index registered 14 consecutive positive quarters. With legitimate concern over how long any streak can last, policy paranoia has become front and center for market participants.

Although streaks are mathematical anomalies that are plagued with faults and inevitably end, the performance of the U.S. stock market over the last six years has been both determined and impressive. Since 12/31/2008, the S&P 500 has gained over 162% and Oak Associates’ large cap growth composite has risen 181% (gross of fees). Underlying the advance has been aggressive monetary support from the Federal Reserve, valuations and high profit margins driving earnings and multiple expansion.

In the last quarter, growth stocks outperformed value as the prospects for a higher interest rate and slower growth environment favored companies exhibiting higher growth rates and valuations. This is not uncommon at this stage of the investment cycle. The Russell 1000 Growth Index outperformed the Russell 1000 Value Index by 4.5% in the first quarter. Mega cap stocks also lagged their smaller cohorts. The rapid rise in the U.S. dollar adversely affects larger companies which tend to have more multinational operations. At the sector level, performance did not follow cyclical or defensive generalizations. Health Care, Consumer Discretionary and Telecom were strong while Financials, Energy and Utilities fell.

The present version of policy paranoia encompasses concerns over impending interest rate hikes, the rapid appreciation of the U.S. dollar, a bloated U.S. government balance sheet, weak international economies and increased probability of a crisis in certain Latin American countries. While legitimate, we do not believe the current ghosts are any more imminently destructive today than over the past six years. A correction will inevitably occur, but time and time again U.S. equities have proven to focus on the underlying health of the domestic economy, corporate balance sheets, and valuations. This relationship, which always experiences external pressures from extraneous events, remains solid. So while risks and their probabilities change, the building blocks for a favorable investment environment remain.

Rising interest rates will always demand attention. However, the upcoming tightening cycle is very different from previous rounds. As the 2008 subprime crisis unfolded, the Federal Reserve acted aggressively to lower the short-term borrowing rate and pump liquidity into the economy. The Fed Funds target rate dropped from 5.25% in July 2007 to 0.25% in December 2008, a staggering 95% decline in less than 18 months. Manipulating short-term rates had been one of the Federal Reserve’s staple instruments to manage the economy. The whole mantra of “Don’t Fight the Fed” referred to the futility of combating the Committee’s plans for short-term interest rates and its influence over equity market prices. Yet since 2008, the Fed has been without its more high profile economic magic wand.

Attempts to “normalize” rates and reload the Fed’s tool kit raise concern over whether hiking interest rates will destroy a fragile economy. The timing of rate increases also adds volatility, but we question the conclusions that higher rates will be bad for the economy. Chairman Yellen is on record saying the rates will rise in hand with a stronger economy. The Fed has also stated a preference for job growth and expressed concerns over long-term structural unemployment. Therefore, would not an improved job market, employment growth and better outlook for structural problems be positive for the U.S. economy?

The size of the Federal Reserve’s balance sheet also worries many market participants. The long-term implication of a loose monetary stance may take some time to fully appreciate. However, the largest concern, inflation, appears nonexistent due to falling energy prices, weak commodities and slowing key international markets. Crude oil prices have dropped over 50% in nine months, essentially killing any threat of inflation and providing a nice tax cut to consumers.

While inflation appears remote despite massive monetary stimulus deployed over the last six years, concerns over a Japanese-style deflation remain. Japan has carried a large debt-to-GDP ratio for decades, and its consequences have affected its ability to battle economic stagnation. Cultural, social and demographic issues undoubtedly affect the Japanese Central Bank’s ability to battle structural problems, many of which are now being addressed by Japanese Prime Minister Shinzo Abe. Meanwhile, the U.S. has proven itself capable of acting swiftly and decisively to forestall lingering problems. Eurozone nations are still managing the protracted issues related to the sovereign debt crisis of 2009, dealing with changes in governments, varying degrees of austerity attempts, and forays into quantitative easing. Compare this to the U.S.’s aggressive quantitative easing (recall the 95% drop in rates above), a string of government programs to support housing/prevent foreclosures, drive automobile sales (cash for clunkers) as well as extended unemployment benefits, new hire tax credits, etc. It is easy to look at other countries and fear a similar outcome, but in reality national governments think and act differently.

Fortunately, debate over government policy and economic data doesn’t always hamper stock prices. In Europe, for example, a new Greek government has renewed debate over a possible exit from the Eurozone, the benefits of austerity, possible defaults and inter-country bailout. Truly scary stuff. Yet, the Eurozone stock markets have been some of the best-performing developed equity markets year-to-date (even incorporating U.S. dollar). In euros, the German DAX is up 22% YTD, the Italian MIB is up 21%, and the broad Euro Stoxx index is up 17.9%.

The performance of emerging markets, however, has been mixed. In general, Asia has been solid, while troubled economies in Latin America have suffered. With the collapse in oil prices and a stronger U.S. dollar, those countries with currencies either tied to the dollar or dependent on oil/commodity revenues to fund social programs face real instability. Risks of a 1990s-style currency crisis are building and will be something to watch going forward.

In conclusion, despite these apparitions, the environment for U.S. stocks remains supportive. Company fundamentals are strong and profit margins have remained stubbornly high. Valuations have crept higher over the past year but are not obscene given the steady-growth, low-inflation, low-interest rate environment. In fact, 2015 might eventually be seen as the year Main Street caught up to Wall Street. After years of loose monetary policy, rising stock prices and asset inflation, Main Street may finally benefit from higher wages, job growth, credit extension and a healthy housing market.

Greenspan Calls Brexit A 'Terrible Outcome' " It’s a terrible outcome in all respects"; Scotland Is Next

Where A 4-Star Manager Sees Value In Stocks

Despite two profit warnings in as many months, Michael O’Leary is still on course to turn around Ryanair Holdings plc (ADR) (NASDAQ:RYAAY) (LON:RYA)’s public image, while simultaneously growing the... read more

Sir Michael Hintze: The Risks And Opportunities In Markets In 2016 And Beyond by CQS Insights In this Q&A, Sir Michael Hintze, Chief Executive and Senior Investment Officer of CQS,... read more 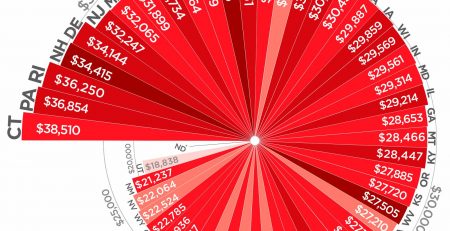