In the first calendar quarter of 2015, the KEELEY Small Cap Value Fund (KSCVX) climbed 2.35 percent compared to a 4.32 percent rise for the Russell 2000 Index. After lagging for much of the last twelve months, small cap stocks rebounded in the first quarter, especially in March where they significantly outperformed their larger peers. A potential factor in this outperformance was the continued rise of the U.S. Dollar, which has climbed largely in response to global monetary authorities reacting to a weak growth outlook by easing monetary policies. More than 20 countries have eased monetary policy in 2015 and these extraordinary measures have facilitated a great deal of currency volatility in recent months. The impact of a strong dollar is mixed with respect to the U.S. economy. On a positive note, cheaper import prices will benefit the U.S. consumer and should continue the low inflationary environment that has contributed to recent economic expansion. On the other hand, the stronger dollar will be a headwind for U.S. exports, especially for multinational companies which we believe was a factor in the recent outperformance of small-cap stocks (which tend to have a domestic focus) compared to larger companies. The over 20 percent rise in the Dollar over the past year has also depressed commodity prices, which continues to batter the energy sector but should have a delayed, but positive impact on the U.S. consumer.

Progress in the U.S. economy was mixed during the quarter with encouraging developments in the employment landscape with an impressive 295,000 jobs gained in February as well as continued gains in housing. However, soft patches in manufacturing and retail sales should temper enthusiasm about GDP growth rates in 2015. A number of economists as well as the Federal Reserve believe weather was the driving factor in the recent slowdown, and the validity of those beliefs will be a significant debate as we advance through the rest of the year. The Small Cap Value Fund trailed the Russell 2000 Index in the first quarter of 2015. The most significant drag on our results was an underweight position in the “growthier” areas of the Russell 2000, such as technology and healthcare (especially biotech) which were the top two performing sectors during the quarter. These two areas represent over 33 percent of the core Russell 2000 compared to slightly more than 15 percent of the Russell 2000 Value, a benchmark we also to use to evaluate our results. Healthcare was the only sector that produced double digit returns during the quarter, led by biotech stocks which were especially strong. Biotech is an industry that we typically avoid, and although this is a challenge when they perform well, we are comfortable with our lack of exposure to such a speculative short-cycle industry, especially with excessive valuations at the present time. As mentioned, technology also had a negative impact, both through stock selection and a relative underweight. Strong stock selection in consumer staples, industrials, and materials made a positive contribution during the quarter.

Due in large part to a stronger U.S. Dollar, the energy sector continued to be extremely volatile in the first quarter. Although energy stocks did not have a material impact on our results during the quarter, Helix Energy Solutions (HLX) was the Fund’s leading detractor after falling over 37 percent and detracting 38 basis points of return from the Fund. Despite having exposure to longer-term, offshore energy projects, Helix was not immune to price pressure given the dramatic weakness in the price of oil. With continued uncertainty around the price of the commodity, coupled with the fact that Helix and other service providers may be more vulnerable to an extended decline, we decided to exit the position during the quarter.

The second largest detractor during the quarter was Intrawest Resorts Holdings Inc. (SNOW) which fell over 26 percent and cost the Fund 24 basis points in performance. Shares of the leading mountain resort and adventure company were negatively impacted by the rise of the U.S. dollar, since almost half of their revenue is generated in Canada. Despite the revised guidance due to the currency impact, we believe the long-term fundamentals remain intact.

The Fund’s top position during the quarter was Exelis Inc. (XLS), a former spin-off of ITT Corp. (ITT), and Exelis also recently spun-off a division of their own in Vectrus Inc. (VEC). During the quarter the stock rose over 37 percent and added 46 basis points of performance to the Fund. Shares of the defense contractor jumped sharply in February after they agreed to be acquired by rival Harris Corp. (HRS) in a deal valued at $4.75 billion. While we believe there may be good synergies between the two companies, valuations became high enough that we exited the position soon after the announcement.

Overall, despite uncertainty with respect to the Fed interest rate decision, currency markets, and energy prices, we believe the economic backdrop is favorable for equities. Earnings should be stable and we continue to believe we are in a low inflation, moderate growth environment. However, it is difficult to not expect volatility due to the potential impact of the factors mentioned earlier. We anticipate that the broad nature of these factors will be far reaching and produce volatility across different countries, companies, and industries. This should produce a broad range of opportunities for active stock selection. We also believe that with the window closing on the low interest rate environment that companies have enjoyed in recent years, many companies will seek strategic alternatives before rates begin to rise. This could potentially foster more financial engineering in the short-term, including many themes that resonate with our investment philosophy such as spin-offs, corporate actions, divestitures, and industry consolidations, to name a few. We believe these actions can be a catalyst to uncover attractively priced investment ideas that can generate alpha for our Funds over the long-term. Thank you for your support of the KEELEY Small Cap Value Fund. 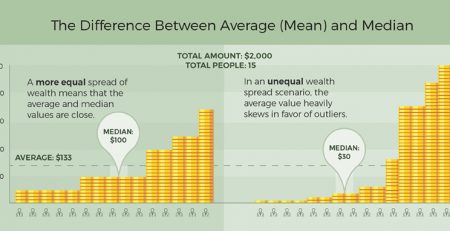 Private Capital Fundraising Sees Fewer Funds Close In Q3 2016 by Preqin The private capital industry has seen fundraising falter again in the third quarter of the year. After an... read more

Banks Are Learning To Live With Low Interest Rates

It is generally believed that higher interest rates are better for banks and, as a result, as the Federal Reserve tightens monetary policy, banks will be better off because... read more

Rember Abeconomics and the BOE buying lots of stocks and other assets? One analyst has states that it's an official monetary policy failure During September last year, the decision by... read more