Michael Steinhardt is without a doubt, a Wall Street legend.

Steinhardt’s fund, Steinhardt Partners, achieved a performance track record that still stands out to this day with an average annual compounded returns of 24% over a 28-year period.

Further, this feat was achieved by using a mixture of stocks, bonds, long and short options as well as currencies. Steinhardt accomplished this record with time horizons ranging from 30 minutes to 30 days.

One dollar invested with Steinhardt when he opened his firm during 1967 would have been worth $481 on the day the firm stopped trading in 1995. Over the same period, a $1 investment in the S&P 500 would have turned into $19.

In 1986, Michael Steinhardt sat down with two other trading pros, Roy Neuberger and Robert Mnuchin in a roundtable discussion with Barron’s, moderated by Jim Rogers to discuss the market, trading strategies and opportunities for investors.

Jim Rogers trained under Roy Neuberger when he first got to Wall Street and describes him as “remarkable”:

“I never even knew traders existed until that time; I had never seen anything like it. This man could buy a stock at 19, sell it at 20 the next day. He did it every day of his life. It was remarkable; he was very good at it.”

Robert Mnuchin ran the equity trading department at Goldman Sachs at the time of the interview.
Steinhardt - A roundtable discussion
Roy Neuberger began the roundtable discussion by talking about the history of trading. “Trading is as old as the hills,” he began and detailed how he started buying stocks at the age of 19. Roy Neuberger talks of Jesse Livermore, who you can find read more about here. Just like Livermore, Roy Neuberger began trading when computers had yet to make their way onto Wall Street.

Roy Neuberger talks through the history of trading, from the beginning in 1929, when he operated his own, small hedge fund. He shorted Radio Corp. during September of 1929. From 1940 to 1950 trading was become more legitimate. However, Roy Neuberger notes that there was a feeling that the government controlled the business. From 1940 through to 1942 the best trading profits were made in railroad bonds.

Through to the 70s the market was strong, dominate by what Roy Neuberger calls a “two-tier market”. The first tier of the market consisted of mainly blue-chips that moved higher with the market but fell with the rest of the market as well. The second tier, “stocks that can’t get out of their own way”.
Steinhardt - Trading revolution

Charlie Munger – Part Three: Sit On Your A$$

This is part three of a ten-part series on the life and career of Charlie Munger, value investor, lawyer, philanthropist, Vice-Chairman of Berkshire Hathaway Corporation and Warren Buffett’s right... read more

As Google “moves the chairs around,” creating an Alphabet that is designed to be more transparent and nimble to enhance earnings, ad blocking software is the elephant in the... read more

Mining capex is expected to fall 5% year on year in 2014, according to a Citi industry survey, compared to double digit declines for the last three years. Combined... read more

Detroit filed for bankruptcy last July, after decades of industrial decline. The bankruptcy was a watershed moment for the United States, and Wall Street has not ignored opportunities in... read more

Where would finance, economics and politics be if it weren’t for statistics? These three professional fields use statistics constantly in many different ways to calculate everything from trade probabilities,... read more

One of the most preferred trades for a possible Brexit seems to be buying duration (the most popular trade appears to be selling sterling although this involves dipping into... read more

A contentious trade issue between China and the U.S. appears to be on the verge of being determined, as the Chinese government said it will soon settle anti trust... read more 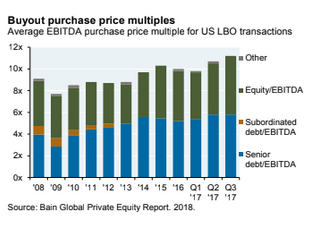 Private equity has been growing in popularity over the last few years, and it has become more and more of a focus this year. Now a pair of recent... read more