Horizon Kinetics – Under The Hood: What’s In Your Index? – ValueWalk Premium

The central tenet of modern diversification is to eliminate the unsystematic risk events in a portfolio, so that the positive performance of some securities will offset the negative performance of others. The policy is to own many investments, as opposed to simply owning a few, and estimate future rates of return by extrapolating past rates of return. This seemingly scientific and statistically based reasoning is extended beyond the individual security level to categories of investments. It is therefore also the practice to establish some meaningful international exposure as a risk diversifier for a U.S. equity portfolio. Amongst institutions, this orthodoxy has already been accomplished. It is also becoming the norm for individual investors, with software-generated asset allocation models (“robo advisers”) suggesting optimal mixes of ETFs. The now standard mode for accomplishing this is via indexes. Even sophisticated institutions like a large state pension fund might manage three-quarters of their internally managed equities (that portion not assigned to outside advisers) through indexes.

Displayed below is a typical asset allocation model for a large-scale pension plan that could be responsible for tens or hundreds of billions of dollars of assets, as well as one suggested by the American Association of Individual Investors and another by a robo adviser.

The institutional portfolio, shown in Table 1, is allocated about 55% to common stocks; 31% of the stocks are allocated to foreign equities. Bonds and cash are about 21% and, having the sophistication and scale, the institutional account also has 18% of the portfolio in a variety of alternative asset classes like private equity and real estate. Despite the differences in resources between, say, a $175 billion pension fund with institutional trading desks and teams of analysts, and a $100,000 IRA owner, the asset allocation output is essentially similar.

The individual investor, at least in the case of a self-defined profile for moderate risk and return objectives, will be advised to employ various ETFs to achieve about a 66% to 70% weighting in equities, of which about 30% – 40% will be in foreign stocks, as in Tables 2 and 3. AT&T, as an example of a major corporate pension fund, currently has 38% of its equity investments in international stocks.

So, those are portfolio construction rules based on statistical attributes. Now for a qualitative inquiry. Let’s start with the leading domestic equity index, the S&P 500, which would be the building block for any of these allocation models. Its largest 50 positions, being only 10% of all the companies in the index, nevertheless account for 45% of the market value of the entire index; we’ll presume that this is substantially representative of the balance. This exercise is truncated to pay some respect to the 80/20 rule of efficiency.

As to the S&P’s true geographic diversification, even a domestic index is not purely domestic, in that a large multi- national company such as Coca-Cola, despite being a truly all American and U.S.-domiciled business, certainly sells a lot of its product outside our borders. So what do we have?

On average, 44% of the revenues of these 50 companies are derived from outside the U.S. Even if surprising, this is actually a conservative figure inasmuch as some companies only list “North American” revenues, which would include Mexico and Canada, as opposed to U.S. revenues. Other companies, like AT&T, do not state their foreign revenues, so AT&T is counted in the exercise as zero, despite having significant non-U.S. activities. One piece of information AT&T does provide is that it has $26 billion of foreign currency swaps (notional value) on its balance sheet, which may be compared with $129 billion of total revenues – presumably, its non-U.S. revenue is not trivial.

The largest 100 companies in the S&P 500 Index, 20% of the list by number, comprise 61% of the market value; their average proportion of foreign revenues is 39%. There is a different way to calculate this: not on a simple average basis for each company, but weighted by each company’s market value; in this instance the average value- weighted foreign revenue contribution is 26%. If weighted, instead, by asset value, the figure might well be higher.

But those fine points don’t matter, do they? We now know that investors, whether major institutions that, effectively, advise themselves, as well as individuals who are advised by institutions, are being told to allocate roughly 30% to 40% of their stock investments, which might otherwise be in the S&P 500 or essentially similar indexes, to non-U.S. companies. Yet, by holding the S&P 500 those investors are already fully allocated internationally. Say what???

One of the paradoxes here is that the major U.S. companies are quite globally diversified in terms of sources of business, if anyone would care to read their annual or quarterly reports. Historians will one day be baffled as to how well-educated people were convinced to invest billions, and perhaps hundreds of billions of dollars, in companies of which they know nothing, often located in places they would be afraid to visit, all in search of diversification that was already achieved by the American firms that were being sold to fund the international diversification effort in the first place.

As a final note, without going into any further detail, would it be surprising to learn that the 10 largest holdings in the basic international equity index that one is recommended to purchase in order to internationally diversify the already internationally diversified S&P 500 Index, namely the MSCI EAFE Index, get 30% of their revenues from the U.S.? There must be a better way. Step 1, perhaps, is to understand that investing and economics are social sciences and cannot be reduced to simple or programmatic mathematical and statistical methodologies.

Upcoming Under the Hood Revues:

Global Return Asset Management  year-to-date results and activity summary for the month of November 2015. Year-to-date and net of fees and expenses, GLOBAL RETURN has more than doubled the S&P 500... Read More 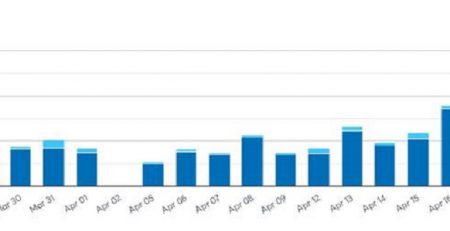 But one well worn internet trope we haven’t seen tied to the rise in lumber prices is the inevitable blaming of CTAs, aka managed futures, aka trend followers for... Read More

Prem Watsa, the 'Warren Buffett of Canada', a man who needs no introduction to our regular readers, has been bearish for quite some time on the global economy and... Read More

The bull market following the US Presidential election has been stunning. But with the specter of multiple Fed interest rate hikes on the horizon and markets stretched to their... Read More