Man bites dog: large financial institutions beat a big rule! I can’t think of a case in which this has happened since the crisis – all I’ve seen are some gnawed bits of big rules left on the floor after bankers finally wrested them from an otherwise-untouched behemoth. Still, asset managers got global securities regulators to walk away from years of effort to add these giant financial firms to the SIFI hit list. How they did it is a lesson to the rest of the financial-services industry. What comes next – a new focus on risk and resolvability – not naming names – should also be a lesson to other regulators.

Asset managers started with an edge: designation doesn’t work. As the designation-criteria exercises in both the U.S. and global venues have demonstrated, even if institutions can’t beat designation, the complexity of the process and the time it takes are totally self-defeating. Five years on, and the rules governing systemic insurance companies are unfinished and no one yet knows how to designate other targets identified years ago: broker-dealers, hedge funds, finance companies, and private-equity firms, just for starters. Even worse, the real pockets of concentrated systemic risk in well-understood companies – the CCPs – are sometimes designated but still largely unregulated in terms of ensuring systemic resilience and resolvability.

And, resilience and resolvability are, after all, precisely what the SIFI-designation process is supposed to ensure. The designation criteria are so cumbersome and often so ill-constructed that much in them essentially boils down to the fact that, if a financial institution isn’t a bank or – cut to the chase – regulated by a bank regulator, it’s risky. That non-bank business models are different from bank ones is only dawning on bank regulators due to five-plus years of pounding by companies like asset managers.

But, defeating designation does not mean that asset managers should proceed as before. As I said, the key to systemic-risk prevention is ensuring resilience and resolvability. Global regulators said so this week when they announced a new focus on asset-management activities and practices in lieu of designation. Here, there are important unanswered questions about asset management, especially the largest, most complex, and international of these companies. Their use of derivatives, their exposure to short-term funding, their on-balance sheet holdings, and other aspects of modern asset management mean that no one yet knows what would happen if a sudden investor outflow, massive operational failure, or other shock hit one or more of these companies.

Regulators have constructed a resolution protocol for asset management, but it’s now nothing more than a nice piece of paper. If that doesn’t get quickly built out, asset management could well be systemic, but not for any of the reasons cited so far in the designation process.

Indeed, a major systemic-risk driver for asset management has nothing to do with asset management. It comes from the perverse and unintended effect of some of the rules big banks have been unable to change. Data show indisputably that investors flee to quality – read banks – when uncertainty rises. That’s in fact what banks – especially custody banks – are for. Recovery and resolution protocols directed at asset managers would thus rightly presume this safe haven.

But they might well not find it. Banks – especially custody banks – may no longer be able to take on this role. The reasons why are complex, but at the heart lies a major glitch in the leverage rule. For simplicity’s sake, it treats cash and even excess reserves held at the FRB in the same way as, say, a high-risk leverage loan – that is, each is subject to a fixed percent leverage requirement. That’s simplicity indeed – a simple tax on providing a store of value that may not be there the next time asset management or other institutional investors feel a cold breeze.

Over the years, the darkest time in the financial markets has been triggered by different events, but according to Grant Williams of Vulpes Invest, there has always been one... read more 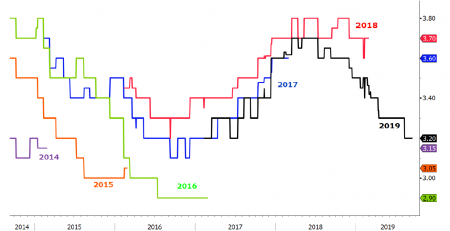 Ackman Q3 letter to investors first some excerpts on Fannie Herbalife where he blames Icahn for the squeeze and more below. Get Our Activist Investing Case Study! Get the entire 10-part... read more

Equity strategy Deutsche Bank's US equity research team believes that now is the perfect time for investors to begin buying financials, airlines and health care stocks, according to a US Equity... read more 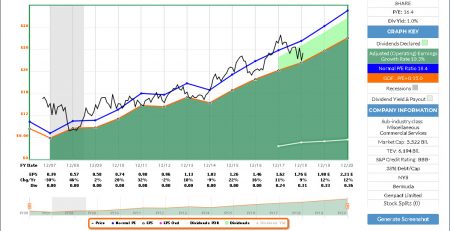