Cross-border capital flows are at an inflection point. While in aggregate they have not returned to pre-crisis high watermarks—primarily driven by a significant decline in bank lending—they are increasingly varied in their scope and direction. More countries around the world are seeking and providing capital across borders than ever before. And asset managers and asset owners—not just governments, corporations and banks—are becoming increasingly influential in determining the scale and stability of global capital flows.
Yet capital around the world is being deployed inefficiently—large pools are not getting the returns they should, even as many needs for investment, both public and private, go unmet. This “great mismatch” is driven by a confluence of governments focused on near-term electoral cycles and rent-seeking, emerging-market financial institutions lacking investment management expertise and depth, and investors prioritizing short-term gains over sustainable long-term investment priorities.

Correcting this mismatch represents one of the most significant opportunities for global growth over the next decade. Success will require both long-term institutional investors and policymakers re-thinking long-standing assumptions and re-shaping their role in global markets. This report provides the backdrop and lays the case for six key recommendations over both the nearer and longer term:

Where Are We Post-Crisis?

For a century and a half, the flow of capital around the world has experienced periods of steady expansion and optimism, only to see sharp declines during periods of financial instability and crisis. Three decades of steady growth in capital flows ended with the start of World War I. A post-war recovery in flows (much of it driven by lending to cover government deficits) collapsed at the start of the Great Depression. Bank lending saw a heyday in the 1970s until the Latin American debt crisis of 1982. The 1990s boom in foreign direct investment (FDI) and portfolio flows also came to an abrupt end.1 And, of course, the global economy of the 2000s saw rising flows until the global crisis of 2008 set them back once again.

Since the 2008 global financial crisis, aggregate cross-border capital flows into G20 nations, including inflows from both other G20 countries and non-G20 countries, have steadied, but they have only partly returned to pre-crisis high watermarks. They remain below the average level, on a percentage of GDP basis, for the G20 over the past decade. (See Exhibit 1.)

Flows into G20 emerging markets have grown almost five times between 2005 and 2013 while developed G20 economies have witnessed more than a one-third decline in the same time frame.

However, the underlying sources of cross-border flows followed different patterns. Bank lending remains severely depressed and has proven volatile since 2009, with a high likelihood of continued uncertainty given the evolving regulatory environment around bank capital standards. On the other hand, FDI and portfolio investment have largely recovered and sometimes even exceed their highest levels of the past decade. (See Exhibit 2.)

Despite a post-crisis slowdown, aggregate cross-border capital flows have become more multidirectional in nature, incorporating more of the emerging world into the exchange of capital. Indeed, key emerging-market countries are now attracting closer to their “fair share” of capital, in proportion to their share of global GDP—a significant change from a decade ago. (See Exhibit 3.) Accordingly, flows into G20 emerging markets have grown almost five times between 2005 and 2013 while developed G20 economies have witnessed more than a one-third decline in the same time frame. (See Exhibit 4.) Several indicators point to continued growth in multi-directional capital flows in the years to come. 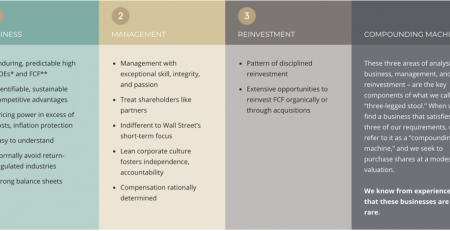 Long ago in a place far, far away (well actually just Germany), my roommates and I agreed to speak only German, despite all being native English speakers. The adult... read more

Steven Romick's Speech To CFA Society Of Chicago Get The Full Seth Klarman Series in PDF Get the entire 10-part series on Seth Klarman in PDF. Save it to your desktop,... read more

Bill Gross's investment outlook for the month of November 2016, titled, "Populism Takes A Wrong Turn." The Trumpian Fox has entered the Populist Henhouse, not so much by stealth but... read more 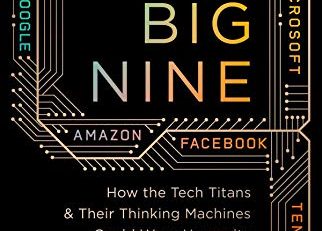 On February 11, President Donald Trump launched the American AI Initiative, directing federal agencies to focus on the technology. The United States was slow to take even this admittedly... read more