Europe has been having a rough go lately.  The continued multi-year Greek disaster continues to get worse and continues to cost other European countries, such as Germany, a lot of money that they are tired of handing out.  While new bailout terms have been agreed to between Greece and its creditors, the Eurozone is not out of the woods just yet.  The overall negative sentiment in Europe has left equity analysts with their least bullish rating on European stocks since 1995.  In fact, according to Barclays, only 41 . . . 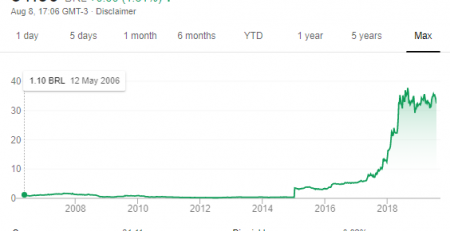 In today’s article, I would like to talk about a Brazilian company called Unipar Carbocloro, which I had the chance to visit its factory in Brazil. The company produces... Read More

For those hipsters who want to impress their friends and colleagues with how they get cool gadgets before the crowd, the new iPhone 6 is available months before the... Read More

A man in India may have found a unique method of dealing with his step mother, and the actions have landed the man’s trained parrot in custody. Parrot trained to... Read More

Activist hedge fund Stillwell Value Partners is getting personal in its attacks on a small bank that seems to be sleeping on the job, literally. Stillwell, which has been involved... Read More

The US Treasury markets appear to be calming down to end the year, RBC’s Charlie McElligott writes to clients. The key to watch is “real yields,” those that factor... Read More

Maxam Capital Management Ltd. is an independent and employee owned fund management firm based in Vancouver, BC. Maxam is the manager of the Maxam Diversified Strategies Fund, an opportunistic... Read More

A new web site boasts the largest tracking database for cat pictures in the world. In order to post the pictures and identify the cat’s geographic location, the site... Read More