After five months of consecutive gains, hedge funds posted their first monthly loss in 2015 of 1.19%1 in June, though comfortably outperforming underlying markets as the MSCI World Index2 fell 2.88% during the same month. Asia ex-Japan mandated hedge funds suffered their worst month of losses since June 2013, down 1.58% as Chinese equity markets entered into correction during the month. The Shenzhen and Shanghai Composite Indices declined by 11.78% and 7.25% during the month respectively. Talks between Greece and its creditors further overshadowed markets with European managers also posting losses of 1.13% during the month. Hedge fund managers with exposure to Europe suffered steep losses, due to the sell-off in European equity markets as the escalating Greek debt crisis increased market uncertainty. While Asia ex-Japan and Europe mandated funds have languished this month, Japanese and Latin American managers emerged as the top performer for the month across all regional mandates, up 0.39% and 0.29% respectively despite meek global equity performance and volatile market environment.

May and June 2015 hedge funds returns across regions

Japanese managers were the top performers this month with gains of 0.39%, despite a retreat of the Nikkei 225 and the Tokyo Topix, which were down 1.59% and 2.58%. Indeed, the Nikkei 225 was exhibiting price volatilities during June as the stock market was not isolated from the excessive sell off in the Chinese stock market towards the month-end. As the Chinese equity market entered into correction, Japanese equity markets were not spared from the trickledown effect of stock price volatility occurring in the region. Despite this, Japanese managers were able to post positive gains during the month with managers utilising market neutral strategies coming out on top. Latin American managers were the next best performers with gains of 0.29%. Despite flat equity market performance in the Asian, European and North American regions, Latin American stock markets performed relatively well during the month with the IBOVESPA and IPC General gaining 0.78% and 0.61%. Latin A merican long/short equities managers were also the best regional performer for the long/short equities strategy this month, gaining 0.89%.

The asset weighted Mizuho-Eurekahedge Index fell into negative territory in June, down 1.38% as its heavy weight CTA/managed futures and macro strategy funds were in the red, falling 4.10% and 1.88% respectively. It should also be noted that the Mizuho-Eurekahedge Index is US dollar dominated, and during months of strong US dollar gains, the index results include the currency conversion loss for funds that are denominated in other currencies. In June, the US Dollar Index was down 1.47%. 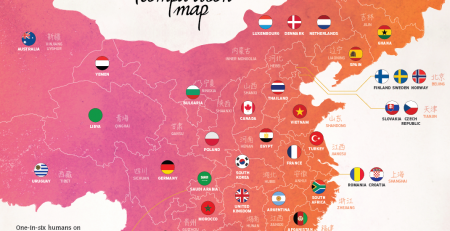 Aswath Damodaran - Session 1 (MBA): The Foundations of Corporate Finance Published on Feb 1, 2016 In this session, I laid out the structure for the class and an agenda of... read more

Global Allocation Fund commentary for the month of June 2017. In June we have had very low net exposure, but this did not help us very much. Part of the drawdown... read more

John Rogers: How To Avoid The Index-Hugging Syndrome by John Rogers, Forbes H/T Dataroma Somehow “passive” has become the investing theme of the moment. Tons of money is flowing into index... read more 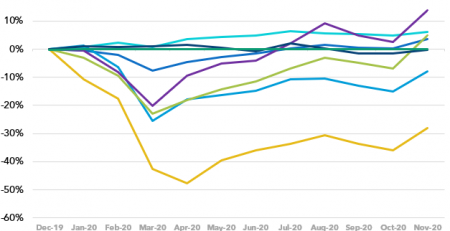 A historic November rally showed up across all of the asset classes this month. You’d be hard pressed not to have read a story on the killer month that... read more

Voters in Japan handed a big victory to the ruling party in parliamentary elections Sunday. It's a vote of confidence in Prime Minister Shinzo Abe's ambitious economic agenda, which... read more