Total hedge fund assets decreased 1.57% in June 2015, bringing the industry’s total assets under management to $3.118 trillion. Investors added $12.1 billion of new capital to the industry in June, while performance decreased AUM by an estimated $61.9 billion.

Although overall industry H1 2015 inflows were more than $20 billion below H1 2014, because investors redeemed an estimated $9.1 billion in H2 2014, they are not far below full year 2014 inflows. What appeared to cause redemptions late in 2014 were elevated losses mid-year. This is important because of the elevated asset-weighted losses seen in June. Performance losses, however, were concentrated to macro and managed futures in Q2 2015. While the macro and managed futures universes accounted for $18 billion of H1 2015 inflows, the overall industry grew significantly in 2014 while both strategies experienced net redemptions. Should managed futures and macro strategy flows turn negative in H2 2015, as a result of recent losses, that does not necessarily doom the industry’s H2 2015 net investor flows.

After January’s spike in redemptions, investors have steadily been allocating to hedge funds focused on equity markets. June’s inflow of $4.6 billion brings Q2 inflows to $17.3 billion. Inflows were higher in both Q1 and Q2 2014, but Q2’s investor interest is a positive sign of investor sentiment after the prior two quarter’s mixed flows.

Event driven fund flows have been disappointing in H1 2015. June’s outflow of $1.2 billion shifted Q2 and H1 flows negative. 2014 performance appears to be a primary reason for what, on the outside, looks like mild investor interest. Funds with outflows in 2015 returned an average of only 0.1% in 2014, while those with inflows in 2015 returned 7.2% in 2014. It is possible the event driven space, after taking in nearly $43 billion in 2014, had become saturated and H1 2015 has been a period of realignment.

Multi-strategy flows continued their positive streak in June. The universe had one month of investor outflow in the last two years. June’s inflow of $3.7 billion brings YTD inflows to $38.4 billion, well above H1 2014 ($30.3 billion) and behind only H1 2007 in terms of highest level of H1 multi-strategy investor interest on record.

Managed futures flows were positive again in June, the universe’s sixth consecutive month of inflows. The current stretch of inflows, during which the strategy has gained $14.2 billion in new capital, follows a string of twenty-eight months of redemptions in all but one month. Importantly, June’s asset-weighted performance losses for the managed futures universe were among their worst recorded since eVestment began tracking figures in 2003.

Emerging market-focused fund flows were positive in June and in each month of Q2. Investors allocated an estimated $1.1 billion in June and $2.9 billion in Q2, the universe’s largest quarterly inflow in a year.

Investor interest in exposure to Asia, and China in particular, is evident in reported data. The two EM hedge funds with the largest inflows in June are China-focused strategies, and more than half of the largest fifteen asset gainers in June are China-focused. The other dominant EM-focused asset gainers in June were funds investing in EM credit market markets.

Exposure to Europe continues to be a prevailing desired theme among investors. Funds focused on European markets had the largest inflows of any specific regional focus in June and Q2. This has been a benefit to firms operating in Europe which have received a relatively large portion of new assets in 2015.

Bernanke to Einhorn: You Are Wrong About QE [VIDEO]

May 6 (Bloomberg) -- David Einhorn, co-founder & president at Greeenlight Capital, discusses his view that there is a bubble in a segment of the tech industry, explains his... read more

The Piotroski F-Score has been the only positive screener that has consistently done well over time despite 2018 market conditions. End of November results show it at 8.32% vs... read more

In an interview on FOX Business Network’s (FBN) Mornings with Maria (weekdays, 6a-9a/ET), JPMorgan Chairman and CEO Jamie Dimon discusses the 2016 election results, his expectations for the economy,... read more 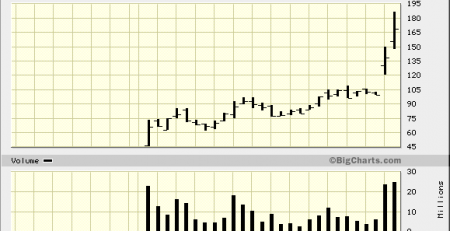 It’s the short squeeze of a vegan’s paradise. Shares of Beyond Meat (NASDAQ:BYND) jumped another 21% yesterday on an earnings beat, or really a loss beat, the company losing... read more

The former cattle traders expert is trying her hand at equities. Maybe she can help out her son in law? Democratic presidential candidate Hillary Clinton’s Twitter account is quite powerful. ... read more