Taking Stock Of Dodd-Frank: Hits, Misses And Unfinished Business by [email protected]
David Zaring and Todd Zywicki on the Fifth Anniversary of Dodd-Frank

The fifth anniversary of the Dodd-Frank legislation is an opportune time to resume the debate on whether it has achieved or failed to meet its goal of overhauling U.S. financial regulations.

Enacted in July 2010, the Dodd-Frank Wall Street Reform and Consumer Protection Act was a response to the 2007 . . .

Will New SEC Money Market Fund Regulations Cause A Liquidity Crisis? by Alex Barrow, Macro Ops Things could get real interesting in the next few months. On Oct. 17th a new... read more 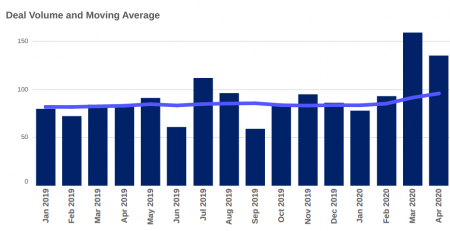 The first figures on how the global coronavirus pandemic is impacting venture capital markets have started to emerge. The picture isn't pretty. Q1 2020 hedge fund letters, conferences and more According... read more

In September last year, Royal Dutch Shell chief executive, Ben van Beurden told the BBC that the price of oil is hard to foresee. He said, "It is a... read more

From all of the rationalizing we’ve been seeing recently, it seems like active equity managers have been having lots of uncomfortable conversations with their clients. The latest comes from... read more

Lessons From One Of Charlie Munger's Favorite Authors - Robert Cialdini [Podcast]  via The Acquirer's Multiple One of the best resources for investors are podcasts. One of the best investing... read more

Italy's Consumer Confidence & Auto Sales: Toro Italiano by Greenwood Investors While we love to shy away from talking macro, the Italian economy has undeniably turned the corner with its... read more

Sizing Up The Global Economy by Bill Gross, Janus Capital Group Size does matter you know. There are basketball players, NFL linemen, and the more popular but unmentionable allusion to... read more