Former Federal Reserve Chairman Alan Greenspan spoke with FOX Business Network’s (FBN) Trish Regan about the economy saying “it’s extraordinarily sluggish.” When asked whether we have an entitlement problem Greenspan said, “we’ve had an entitlement problem for years because entitlements have been growing under the administrations of Republicans and Democrats close to 10 percent a year for a half century.”

Excerpts from the Alan Greenspan interview are below.

Alan Greenspan on his sense of the economy:

“I would say it’s extraordinarily sluggish, it’s fundamentally being suppressed by a very low rate of increase in productivity, in fact, close to zero, and you can’t get more than a 2 percent growth rate out of those numbers.”

On whether we have an entitlement problem:

“We’ve had an entitlement problem for years because entitlements have been growing under the administrations of Republicans and Democrats close to 10 percent a year for a half century.”

On whether we have a lack of capital investment:

“Well, basically because a goodly part of what is invested is the savings of people, and we’re getting less and less of that as the consumption involved in entitlements year by year eats up, eats up the savings.  You cannot have investment without savings either borrowed from abroad or, hopefully, domestically.”

On whether he agrees with Carl Icahn on a bubble brewing in the financial markets:

“Remember this: Normal interest rates, for a reasonably good debt, have always been in the 4 to 5 percent annual rate going back millennia.  We have data going all the way back to ancient Greece.  And interest rates were not all that significantly different then than now.  And we have daily data going back to 1694 with the Bank of England.  The reason that this is a critical issue is it’s telling us that the interest rates we’re looking at in history is probably almost certainly built into human time preference.  It’s inbred.”

“Remember what a bubble is in a bond market.  We tend to think of stock market bubbles as very substantial price earnings ratios.  Well, if you turn the bond market around and you look at the price of bonds relative to the interest received by those bonds, that looks very much like the usual spread which would concern us if it were equities, and we should be concerned.”

On whether he is worried about a bond bubble:

“I think that it’s — there are two possibilities. Either we move slowly back to normal, or we do it in a fairly aggressive manner.  History tells us it’s the latter which tends to be more prevalent than the former.”

This is part of a series of FREE Investing Education that we are providing for anyone who wants to Achieve Financial Freedom. Originally, the content is strictly for members... read more 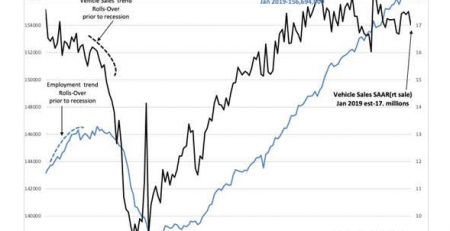 CFTC blames the 2010 Flash Crash on a British trader, but it’s hard to believe that a single smallish fund could wreak so much havoc read more