Eight Bridges Partners, LP performed well in July 2015, as our caution heading into the month was justified by subsequent market movements, particularly in small and mid-cap stocks. The Partnership returned 0.58% net of fees to Partners, ahead of the Russell 1000 Value Index (RLV) return of 0.44% and well ahead of the small cap Russell 2000 Value Index (RUJ) negative return of -2.76%. We did however trail the S&P 500’s 2.10% return, as our caution and low net exposure hurt us on a relative basis. We entered the month with a very high level of cash, and put some of it to work during the month on weakness. However, heading into August we remained cautious about the macro environment, and hedged our net exposure to under 8% at month end (we were actually net zero exposure on July 21st).

Performance in July was driven by both our long and short positions, with a few notable standouts. In particular, our long position in Google was amply rewarded when the company reported standout earnings. With the stock up over 27% from our cost in under 2 weeks, we thought the stock had moved too far too fast and sold our position. We will look to re-enter it at a more attractive valuation. That said, we think the long-term outlook for Google is excellent, as it and Facebook dominate the online advertising market. We expect this dominance to continue as it monetizes its premier assets like YouTube while investing in high-potential sectors like human health and robotics (via its Boston Dynamics acquisition).

On the short side, we were short Santander Consumer based on our expectation that its business would eventually run into credit and regulatory issues. In addition, it checked our favorite short box — its CEO was incredibly promotional, flashy, and big spending – never a good combination for a consumer finance company. Unfortunately, the CEO unexpectedly resigned and was replaced with a more sober executive, so we took our gains (the stock sold off on the news of his resignation) and moved on. We will look to be short the stock again when we think credit issues are imminent.

Another short that worked out last month was FirstMerit Bancorp. We have followed FirstMerit since 1994 (it was actually one of the first companies I covered at KBW) and the company has a history of disappointing investors who often think “this time will be different.” It rarely is. The company reported disappointing earnings and the stock fell accordingly. We covered and no longer have a position in the company.

As of July 31st, our five largest longs were SouthWest Airlines, Labcorp, Raytheon, Time Inc, and Fedex. Our five largest shorts were McDonald’s, BankUnited, Astoria Financial, YUM, and Regions Financial (RF). Our positions can and likely will change over time.

Positioning: As of July 31st, 2015 we were approximately 43% long, 11% short, for a net of exposure of 32%, with a very hefty 45% in cash, as we expect a pullback in the market driven by continued global economic weakness, particularly in China, which will give us a chance to put some more capital to work. We also own put options on the SPY ETF that bring our Net Delta 1 exposure to just under 8%.

We have often discussed our feelings on China in the past, in particular how their markets are effectively uninvestable. The recent extreme volatility and subsequent trading halt for almost three-quarters of their stocks only reinforced our view. The government picks the winners and losers, and those who lose favor can quickly see their fortunes ruined. This is no different than the situation in Russia, where Putin decides the winners and losers. What is different is that many otherwise intelligent individuals continue to think that China is a viable market for foreign companies. This has not been the case for nearly 100 years, and will continue for the foreseeable future. Those who are drawn by its “growth” are being blinded by greed. We think it is best to avoid companies with significant China exposure, and in fact are short Yum Brands mainly because it derives 50% of its revenue from China. We think this is a long-term loser, as in China, if you are a successful, but foreign, company, eventually the government will engineer a way to either direct your business to local companies (semiconductor and routing equipment manufacturers are exhibit A in this practice) or will create a very hostile media and regulatory environment. This happens over and over, and we think that this time will be no different.

Looking ahead, we are monitoring the energy sector quite closely. We think some of the strongest companies are now trading at attractive multiples after a long, painful decline that began about a year ago. As of July 31st we owned no energy stocks, but we have a list of our favorites that we plan to buy when the oil market shows some signs of stabilization. There are some recent indications that the Saudis are running short on cash (they announced a $27 billion debt offering to shore up their reserves) and therefore the end of their campaign to lower oil prices may be nearing. The wild card is global demand, particularly long-term, as new technologies become more widely distributed and cost effective. However, in the near-term (next 10 years) we think that global energy demand will continue to increase and that the US is well positioned to meet that demand.

Please feel free to contact us with any questions or comments.

Marcato Capital Management, the activist hedge fund headed by Mick McGuire, urged the board and management of Dillard’s, Inc. (NYSE:DDS) to spin off its real estate assets into a... Read More

With corporate fraud costing the offending stock’s shareholders 22% of the enterprise value, according to a 2014 academic study, how can investors identify stocks where fraud is a problem?... Read More 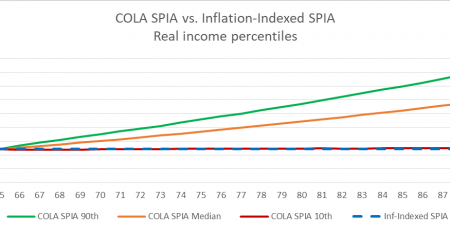 The popular view among Americans is that we face a retirement crisis. Traditional pensions have almost disappeared in the private sector and been replaced by 401(k)s with less than... Read More