Hedge Funds Up 0.38% After Bouncing Back From Previous Month's Losses – ValueWalk Premium

Hedge Funds Up 0.38% After Bouncing Back From Previous Month’s Losses by Eurekahedge

Hedge funds started the second half of 2015 on a positive note with the Eurekahedge Hedge Fund Index up 0.38%1in July while the MSCI World Index2gained 1.34% during the month. Market sentiment improved as the impasse in Greek debt negotiations was resolved in July and the Chinese equity markets showed some signs of bottoming out following aggressive intervention by the Chinese authorities. On a year-to-date basis, hedge funds are up 3.68%, which compares with a gain of 2.94% seen over the same period last year.Key takeaways for the month of July 2015:

Returns across regional mandates were mixed during the month, with developed market investment mandates outperforming their emerging markets mandated peers. European hedge funds posted the best returns and were up 1.03% in July following strong gains in underlying markets as the Greek debt crisis saw some resolution. On a year-to-date basis, the Eurekahedge European Hedge Fund Index is up 5.48%, comfortably beating its returns for 2014 when managers posted meagre gains of 0.63%. North American managers were up 0.75% during the month, bringing their year-to-date gains to 3.20% and outperforming the S&P500 index which has gained 2.18% in the first seven months of 2015. Japanese hedge funds posted their sixth consecutive month of positive returns for the year, and were up 0.62% in July. The yen depreciated another 1.22% against the US dollar in July and the underlying Japanese equity markets posted gains, with the Nikkei 225 and Topix up 1.73% and 1.79% r espectively during the month. On a year-to-date basis, the Eurekahedge Japan Hedge Fund Index is up 5.95%, surpassing its 2014 gains when Japanese hedge fund managers posted positive returns of 5.76%.

In the emerging market space, Asia ex-Japan hedge led with losses of 2.22%, though outperforming underlying markets as the MSCI Asia ex Japan3Index declined 3.64% during the month. Greater China mandated hedge funds posted their worst losses for the year, down 8.33% as Chinese equity markets saw steep declines with the CSI 300 index falling by 15.21% during the month. On a year-to-date basis, Asia ex-Japan mandated hedge funds lead with returns of 9.87% and have outperformed the MSCI Asia ex Japan Index by 8.74% for the year.

Performance across hedge fund strategic mandates was mixed during the month, with CTA/managed futures and macro strategies delivering the best returns in July while distressed debt mandates floundered. The Eurekahedge CTA/Managed Futures Hedge Fund Index was up 1.20% during the month with managers reporting strong gains from their short exposure to energy, while the S&P Goldman Sachs Energy Total Return Index declined 17.38% during the month as oil prices fell. A combination of rising USD, worries over China growth prospects, the Iran nuclear deal and a supply side glut in the markets continues to put downward pressure on oil which could be a major theme driving returns for CTA/managed future strategies in 2H 2015, much like was the case in 2H 2014. On the whole, CTA/managed futures strategies are up 1.39% year-to-date, following returns of 4.00% in Q1 and 3.66% in Q2 this year. Macro strategies were the next best performers and were up 0.71% during the month with gains coming from exposure to developed market equities and a rally in bonds as long term yields declined during the month. Long/short equity funds were flat to marginally negative during the month, down 0.03% with losses coming from emerging market equity exposure. On a year-to-date basis, the Eurekahedge Long/Short Equity Hedge Fund Index leads among all strategic mandates with gains of 5.98%, surpassing its 2014 gains of 3.41%. Distressed debt strategies posted their third consecutive month of losses and were down 0.68% in July with losses accruing from holdings of corporate debt of companies in the energy sector.

During the first week of July, Asset Managers gained long exposure to equity derivatives and the long end of the US yield curve while selling the short end, a... read more

Morgan Stanley analyst Ronan Carr looks at a backtest of an EEMEA Joel Greenblatt strategy in a recent report. Carr indicates that the strategy has produced 12.6% annualized long/short... read more 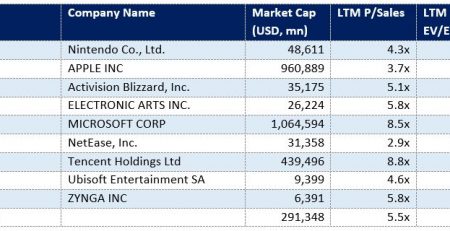 As investors we curiously observe and try to anticipate changes in consumer behavior, and try to predict the which companies are going to benefit and which ones will suffer... read more 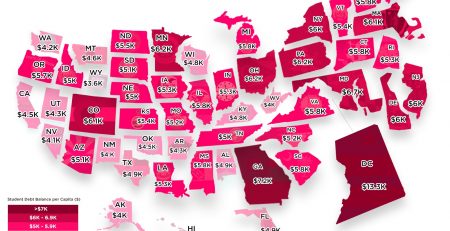 Education may be priceless, but the costs of obtaining it are becoming steeper by the day. Q2 hedge fund letters, conference, scoops etc Almost half of all university-educated Americans rely on... read more

If interest rates rise, defaults will increase -- but the modeling shows a 2018 default model regardless read more

Fairholme Funds semi-annual letter for the half year ended June 30, 2016. To the Shareholders and Directors of Fairholme Funds, Inc.: At Fairholme, we don’t try to predict uncertain futures, but... read more