Not everyone is happy about Berkshire’s bid to purchase PCP – one shareholder of PCP believes (contrary to popular opinion) Buffett is getting a bargain at the expense of PCP shareholders and underpaying for the company. See the full letter below.

To the Board of Directors,

Precision Castparts is the largest investment of our fund. We believe that the true value of the company is far in excess of the USD 235 per share offer by Berkshire Hathaway. In our View:

We believe that the Precision Castparts Board of Directors is leaving significant value on the table.

We expect earnings of USD 2 billion

First, Mr. Buffett is telling the media that the multiple is high. This might be true based on 2015 earnings but it is incorrect when using future expected earnings and free cash flow. Current earnings are temporarily under pressure due to lower volumes in energy markets. Precision Castparts's aerospace business is much less cyclical than widely believed and the ramp-up of several programs such as the Boeing 737 MAX, A32oneo and the H-class turbines is likely to significantly increase earnings per share in the next few years even when energy markets remain weak. Mr. Donegan confirmed this in several recent earnings calls. We believe that free cash flow will grow to USD 2 billion annually.

Multiple of at least 20 times

Second, Precision Castparts deserves a high multiple because it has a tremendously strong market position, which is clearly visible by the continuously high return on equity. It is the low-cost and often sole-source provider of mission critical components in a secular growth market, a leader in metallurgical technology, owner of intellectual property and strategic assets such as TIMET and has a strong balance sheet. Especially in these times of low interest rates, PCC deserves a multiple above 20 times earnings. PCC is worth at least USD 40 billion.

You can expect a seduction by Mr. Buffett’s charisma and nice words

Berkshire Hathaway is offering a normal multiple on depressed earnings. Mr. Buffett, whom we greatly respect, and his team have a reputation of finding companies that are not aware of their true fair value. A case in point is Berkshire Hathaway’s takeover of Burlington Northern in 2009. He bought the railroad just before the economy and earnings rebounded. In 2009, shareholders may have been distracted by the credit crisis. Currently, there is no reason to sell for a low price in a hurry. The quoted 21% premium is based on a short-term dip in the share price. For many days during the past year the share price was trading above USD 220, a 6% discount to the offer price. Logical that management is tempted by Berkshire Hathaway’s moves

We believe that Mr. Donegan is a good capital allocator. He is the example of a CEO who is worth more than he may believe himself. Mr. Donegan has done various successful acquisitions and the increasing margins are a sign of his operational excellence. In a recent earnings call he told investors that he often pursues acquisition targets for several years. We do not understand his asymmetrical behavior when selling the business he built. It seems that the Board of Directors has reached a deal with Berkshire Hathaway within days or weeks. A CEO may also choose for his own financial future. After becoming part of Berkshire Hathaway, we will probably not know his financial incentive.

A young boy is being seduced by a beautiful girl to sign a wrong marriage contract. We can understand this situation. However, the Board of Directors has a pure fiduciary duty to realize full value and ensure rational thinking. We understand that you feel honored to talk to and be part of the Berkshire Hathaway group of people. We also believe that this has contributed to the fact that Berkshire Hathaway has completely out-negotiated the Precision Castparts Board of Directors and its advisors. We are deeply concerned that the Board of Directors has failed to negotiate a better deal. While we admire Berkshire Hathaway that it again seems to buy a great company for a low price, we are disappointed with the role that PCC’s independent directors played and wonder who runs the show. You should be aware that Mr. Buffett knows the value of shareholder friendly management better than anyone else. The girl is offering USD 37 billion while boy is worth at least USD 40 billion. This may be love at first sight, but we see no need to rush.

You seem to understand the true value of the business

During the past two years, the Board of Directors approved and executed share repurchases at prices around Berkshire Hathaway’s offer price. A significant part of the buybacks seems to have occurred at an average price above USD 230. It is puzzling why you are willing to buy Precision Castparts shares at this price and at the same time sell full control of the business at the same price. In addition, in 2014 and 2015, Berkshire Hathaway bought additional shares of PCC for a price between USD 200 and USD 240. You are aware that they are intelligent investors and only buy when the intrinsic value is significantly higher than the price. This confirms the fact that the USD 235 per share offer is too low.

The media seem to buy Mr. Buffett's story that the price is high and some brokers who work for investment banks that have an important business relationship with Berkshire Hathaway seem to be satisfied with the price. The Board of Directors should have, and mostly likely has, a better understanding about the true value of the company.

This is certainly not a good deal for long-term oriented Precision Castparts shareholders. Supporting this bid is not in line with the fiduciary duty of the Board of Directors. We strongly recommend that the Board will seek an appropriate premium for the acquisition or not sell at all. We believe that we know Berkshire Hathaway’s culture quite well and it is likely that they will not offer a higher price. However, we prefer to own PCC in the next ten years as a standalone company rather than being part of a massive transfer of value to Berkshire Hathaway. We will vote against the proposed deal. 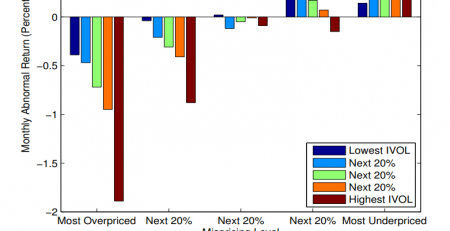 The already troubled hedge fund Platinum Partners, under investigation in a previous bribery scandal, is having its offices raided by federal agents on a different matter, Bloomberg is reporting. Platinum... read more

The Big Three Are Facing New Problems and its Good

Three years ago, Ford, GM and Chrysler were on the brink of collapse. The three American auto companies were in deep trouble and the government had to bailout two... read more 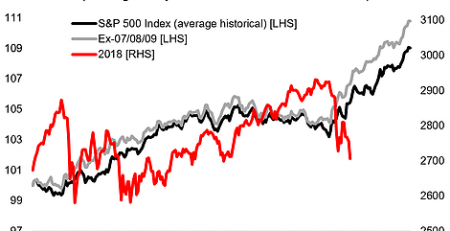 As the seasons change so to do the habits and actions of all things from the smallest critter all the way up to the wall street trader.  We see... read more

Factor-driven investing, while highly popular among equity investors, has not been as widely adopted in the bond market. But research shows that a factor-based approach to bond investing is... read more

Vulcan Value Partners letter for the fourth quarter ended December 31st, 2015. Get The Timeless Reading eBook in PDF Get the entire 10-part series on Timeless Reading in PDF. Save it... read more

Baron Funds' Spring 2015 Newsletter titled, "The Advantages Of Mid-Cap Stocks." Get The Full Series in PDF Get the entire 10-part series on Charlie Munger in PDF. Save it to your... read more