Andrew Haldane is currently the Chief Economist and Executive Director of Monetary Analysis & Statistics at the Bank of England. Mr. Haldane has written extensively on domestic and international monetary and financial policy issues. Recently, however, he has turned his attention to the corporate side of the equation, asking if investors' short-term focus is having an effect on the long-term performance of companies?

Mr. Haldane's views on this topic were summed up in a speech he gave at the University of Edinburgh Corporate Finance Conference during May 2015, titled, "Who owns a company?" This is . . .

ING and CASA – Beacons in the Dark: Jefferies

In a move that most investment firms would love to have, Jana partners  raked in profits from its investment with Barnes & Noble, Inc. (NYSE: BKS), in a one day... Read More 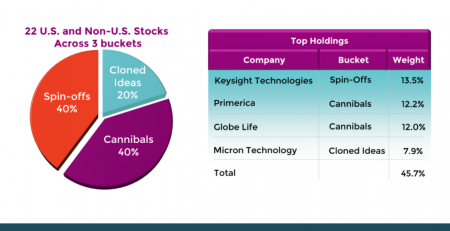 Mohnish Pabrai’s Largest Holdings In His Clone Fund; Warns We May Be In Bubble Territory

Buying the S&P 500 is a perfectly acceptable investment strategy for the average investor, Mohnish Pabrai noted in his August 2020 presentation to investors reviewed by Valuewalk, of the... Read More

Bank of America is anxious about the effects Brexit will have on corporate America and, as a result, the bank has downgraded its S&P 500 earnings forecast for 2016... Read More