In a quarter marked by continued volatility in the global equity and fixed-income income markets, advisory solutions assets rose 2% to $4.2 trillion, maintaining the upward trajectory seen since the end of the 2007-2008 financial crisis and outpacing the S&P 500 Index, which posted a 0.3% gain for the quarter. Total advisory solutions assets rose by $83 billion during the quarter on net new flows of $63 billion, with all market segments recording increases. The continued momentum in Unified Managed Accounts (UMA) can be attributed to advisors and investors taking advantage of the benefits of consolidating different product sleeves in a single custodial account.

New Net Flows of $63 Billion for the Three-Month Period

Highlights of this edition include:

The 2015-2016 MMI Industry Guide to Investment Advisory Solutions, which will be released in late October, includes an annual industry forecast derived from a survey of senior executives at sponsor firms. This year’s survey posed questions about sponsor firms’ commitment to and progress on the transition to goals-based wealth management (GBWM). Among the survey highlights:

About the Money Management Institute (MMI): Since 1997 MMI has been the leading voice for the global financial services organizations that provide financial advice and professionally-managed investment advisory solutions to individual and institutional investors. Through industry advocacy, educational initiatives, regulatory affairs, data reporting and professional networking, MMI supports and advances the growth of a diverse spectrum of investment advisory solutions that serve an evolving worldwide financial landscape. MMI member organizations are committed to the highest standards of fiduciary responsibility and ethical conduct and to creating the most successful outcomes for investors at every level of assets. For more information, visit www.MMInst.org.

About Dover Financial Research (Dover): Dover is a boutique Boston-based research and consulting firm specializing in the financial services industry. The analysis, independent research and market intelligence that form the foundation of MMI Central are provided by Dover on behalf of MMI. For more information, visit www.doverfr.com

Only 15% Of US Hedge Fund Managers Are Now AIFMD Compliant, Compared To 82% Of EU Managers

Only 15% Of US Hedge Fund Managers Are Now AIFMD Compliant, Compared To 82% Of EU Managers by Preqin More non-EU fund managers rely on reverse solicitation, or forgo EU... read more

William Green:  Great Minds of Investing " | Talks @Google Get The Full Seth Klarman Series in PDF Get the entire 10-part series on Seth Klarman in PDF. Save it to... read more 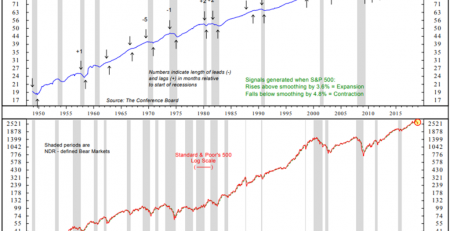 “He went from being “Pragmatic Powell” to a “Powell Put.” But I do worry about people buying the dip because it does remind me a little of how the... read more